This month we welcome Liz Harris, Convenor of the Oxford Chapter who tells us about their Retreat Day.

The members of the RNA Oxford Chapter chose to locate their Writers’ Retreat Day in the pub (now stop that sniggering!) where they meet monthly for the Ox Lunch. The central nature of The Victoria Arms, Old Marston, with its large car park, made that the ideal venue for the Ox lunchers, some of whom come from as far as Gloucestershire. 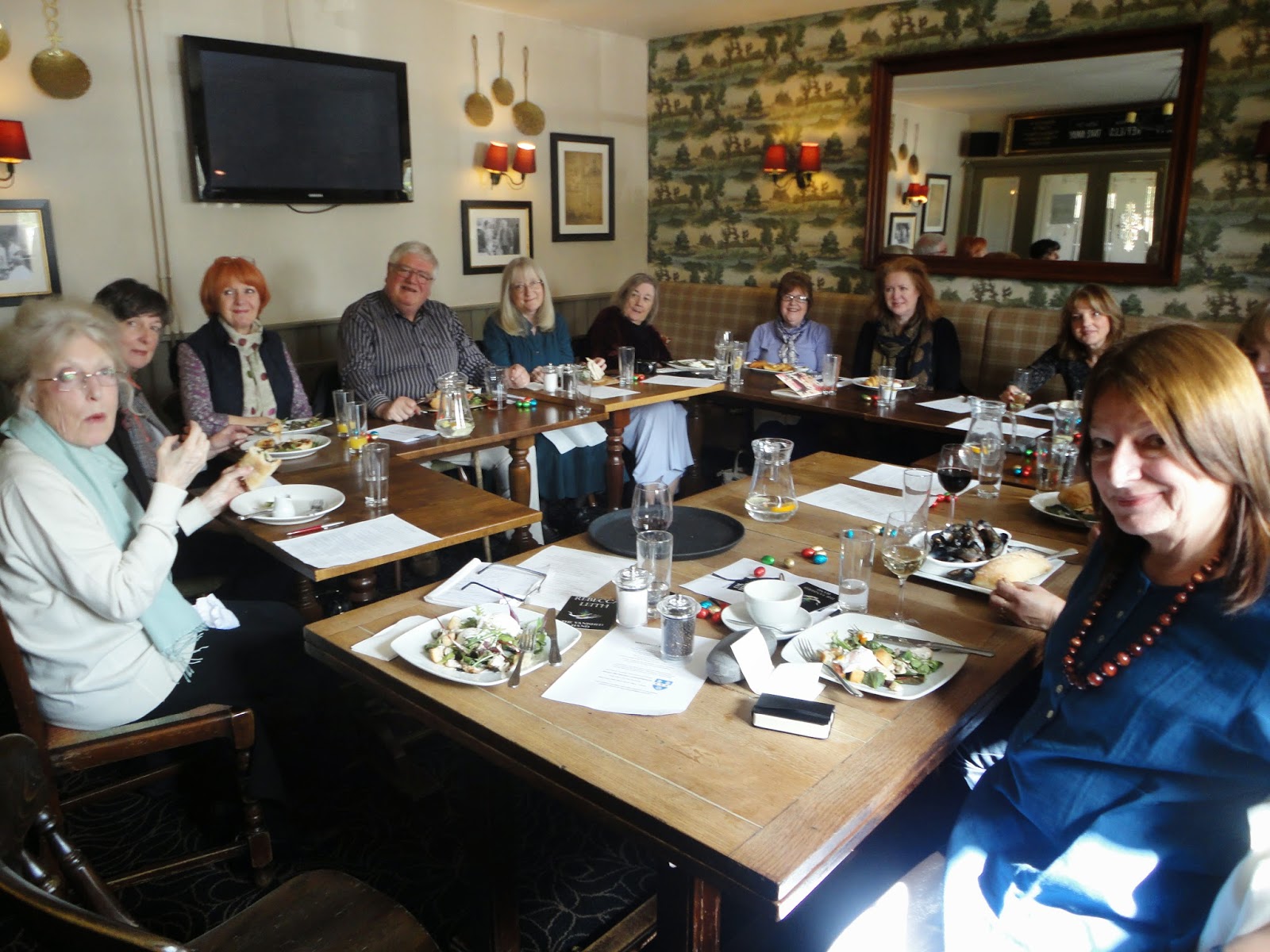 The planned day comprised talks and discussions, punctuated by tea and coffee and a pre-arranged buffet lunch. The subject of each of the three talks had been chosen by the members.

The first was entitled Promoting One's Novel and the Social Media. Writing a novel is just the start; the next, very important stage is selling that novel, and the members, both traditionally published and self-published, were keen for guidance about how best to do this.

Illustrating her informative talk with images flashed on to the screen, RNA PR officer, Maggi Fox, covered the traditional forms of book promotion, indicating the key points that should be observed. After Maggi, Janet Gover took everyone through aspects of blogging and statistical analysis in a talk that gave the listeners plenty to think about. There is a wealth of information to be obtained from google statistics, and members were encouraged to use it to the full. Finally, Liz Harris drew attention to the advantages of accessing twitter through an engine such as tweetdeck, pointing out that the time spent morning and evening on the social media can be seen as the equivalent of driving to and from work.

After a buffet lunch, experienced blurb-writer, Anselm Audley, took the group through the key points of writing a blurb for one's novel. It was a very useful talk, dealing as it did with a subject of great importance to those both traditionally published and self-published.

This was followed by a most entertaining and informative final session: multi-published author, Anita Burgh, spoke about the publishing industry as it used to be, illustrating her talk with many an amusing anecdote. When Anita had finished her talk, Catherine Jones took over, speaking about the realities of publishing today, a topic which stimulated much discussion. 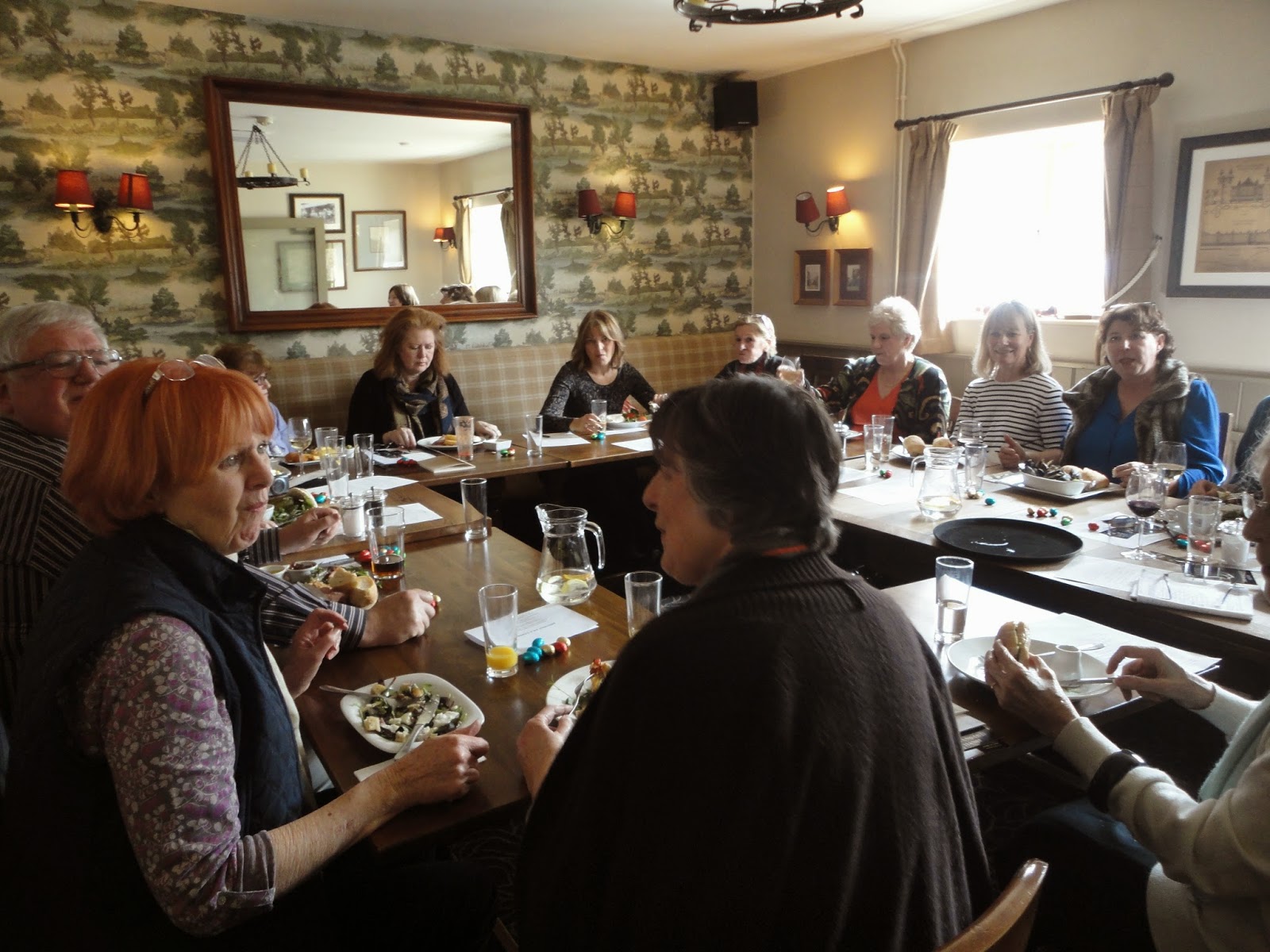 By the end of the day we were all only a teeny bit older, but we were a great deal wiser and better informed about aspects that relating to our own writing, as well as to the publishing industry today.

The Oxford Chapter finished the day by expressing their gratitude to the RNA committee, for helping to make such an enjoyable, informative day possible.

Excellent report of a most informative RNA Writers Day at the Oxford Chapter lunch. Many thanks to the speakers and to Liz for organising it.