Hazel Gaynor: A Memory of Violets

Today we welcome, Hazel Gaynor to the RNA blog to tell us something of the research into her latest book.

The idea for A MEMORY OF VIOLETS was first planted back in 1988, when I was seventeen years old and played the role of Eliza Doolittle in the school production of My Fair Lady. There was something about this character and about London in 1912 that really struck a chord with me. Many years later, I started to write notes for a novel set around London’s flower sellers, and began to research street life in the early 1900s in the hope of discovering the real Eliza Doolittles. I was 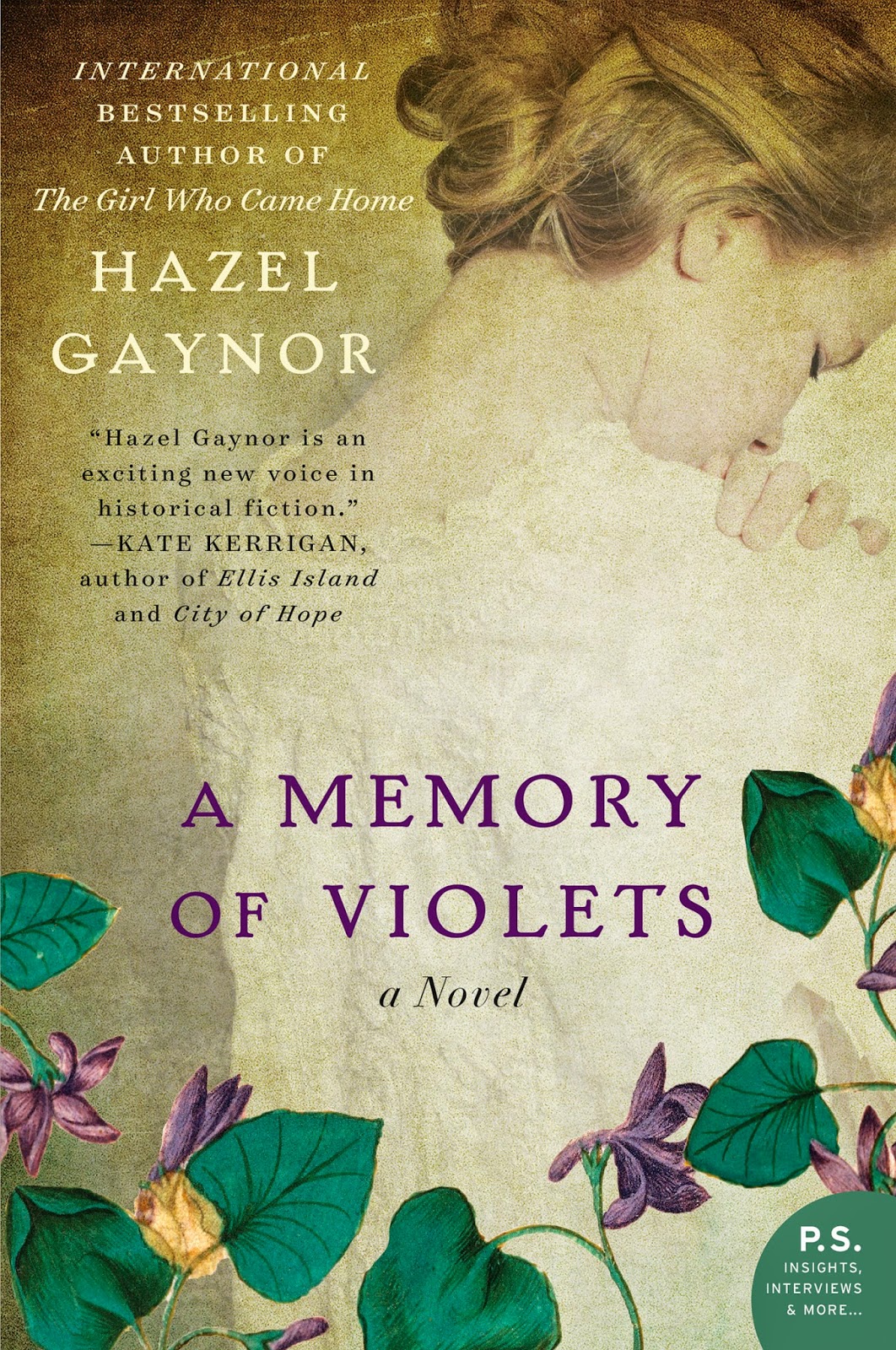 astonished to learn just how many young children and women were selling flowers and watercress, many of whom were orphaned, blind or physically disabled.
Early in my research, I discovered the fascinating history of Christian preacher and philanthropist, John Groom. Groom wanted to find a way to help the flower sellers who sold bunches of flowers and watercress on the streets near his Clerkenwell home. He established the Watercress and Flower Girls Mission (commonly known as the ‘crippleage’) housing the young women in a row of terraced houses in a street in Clerkenwell, North West London and establishing an orphanage in Clacton for the youngest children.
With a dozen occupants in each home, under the care of a Housemother, these women and young girls lived and worked together making artificial flowers in a nearby factory. It took them off the streets, gave them employment that wasn’t dependent on the seasons or the weather, and improved their quality of life immeasurably. The artificial flowers produced were mostly sold to the wealthy to decorate their homes, but the work of the ‘Flower Girls’ was eventually noticed by the Dowager Queen, Alexandra of Denmark (widow of King Edward VII).
Queen Alexandra was to commemorate fifty years since she had first arrived in England from her native Denmark and rather than the usual processional drive through London, she wanted to use the occasion to raise funds for the city’s hospitals. Aware of the work of the girls at Groom’s ‘crippleage’ she commissioned them to make thousands of artificial pink roses for buttonholes which would be sold all over London.

The event on 26th June, 1912, was a huge success, supported by a thousand titled ladies who took to the streets to sell the roses. As The Times reported of the event, ‘the most noticeable sight was the enormous number of men who wore [a rose]. In the City and West End, at any rate, nearly every second men had at least one bloom and often had two or three in one buttonhole.‘ In total, over £30,000 was raised for charity (several million pounds in today’s equivalent). This was the very first ‘flag’ day of its kind, known as Queen Alexandra Rose Day, and the capital had never seen anything like it. 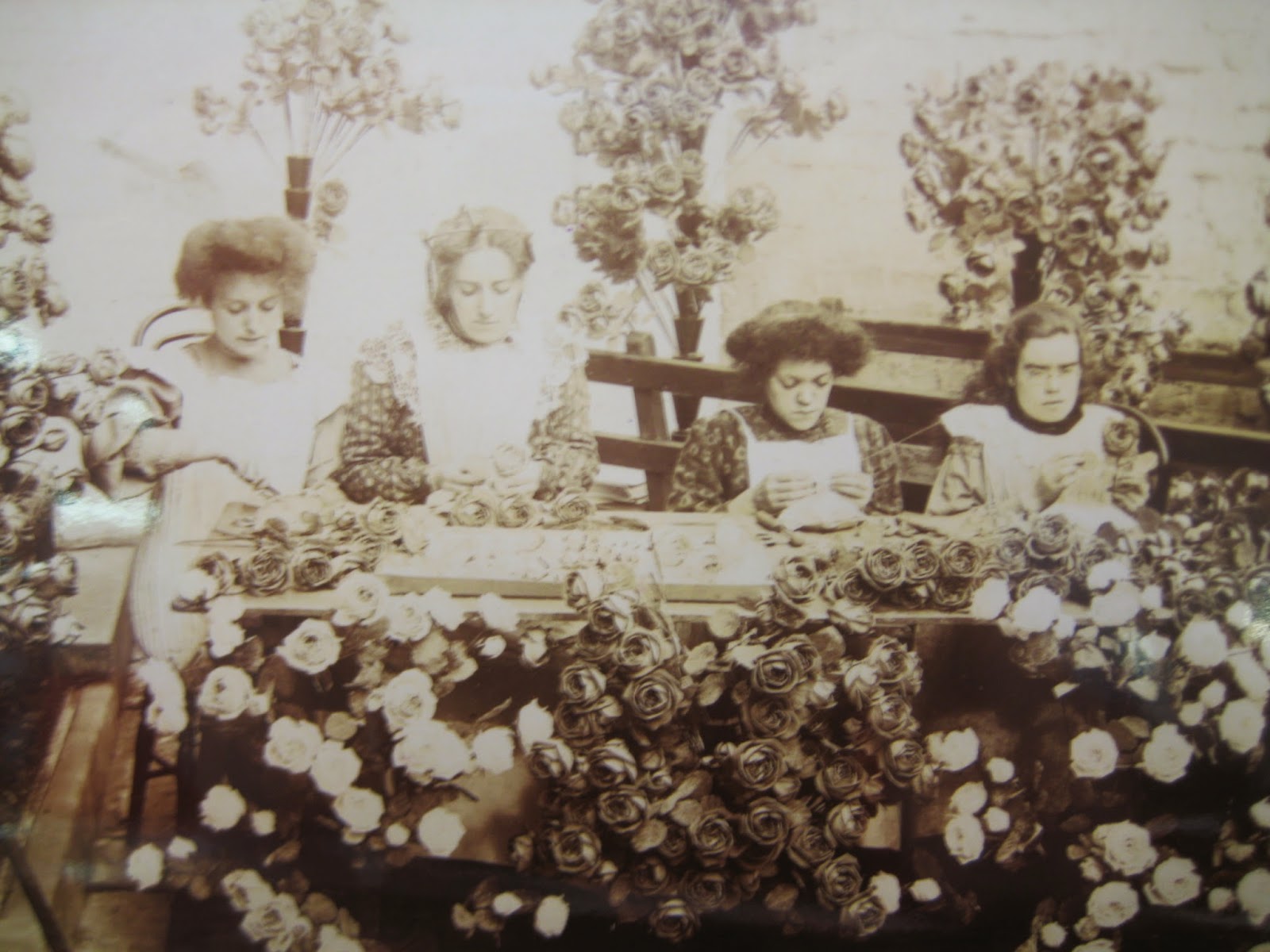 From its inauguration, Alexandra Rose Day became an annual event in London and was greatly supported for one hundred years. The flower girls also went on to make some of the first poppies for the Royal British Legion after the Great War. Although ‘Rose Day’ is no longer held annually, Alexandra Rose Charities is still running today, and from 2013 has focused on food-related issues affecting lower-income families. The charity’s Patron is Princess Alexandra, the Honourable Lady Ogilvy – great granddaughter of Queen Alexandra of Denmark. John Groom’s work also continues to this day under the organisation known as Livability, the UK’s largest Christian disability charity. Her Royal Highness, The Princess Royal, is the charity’s patron.
As we approach the annual Daffodil Day on March 27th (an annual fundraising event for Marie Curie Cancer Care in the UK and the Irish Cancer Society in Ireland), I will think about the blind, crippled and orphaned girls and young women who made those first little pink Alexandra roses, and started the concept of selling artificial flowers for charities. It is quite incredible to think that their legacy lives on over one hundred years later.
To get involved with Daffodil day, contact
http://www.mariecurie.org.uk/en-GB/events/ in the UK.
http://www.cancer.ie/get-involved in Ireland.
Link to hazel’s blog: http://www.hazelgaynor.com/books/memory-of-violets/
Thank you, Hazel for the informative insight into the world of the flower girls.
The RNA blog is brought to you by,
Elaine Everest & Natalie Kleinman


If you would like to write for the blog please contact us on elaineeverest@aol.com
Posted by Elaine Everest at 7:00 AM

Such an interesting piece, Hazel. A slice of history with the background bits filled in. Thank you.