JEAN FULLERTON: The Romance of History 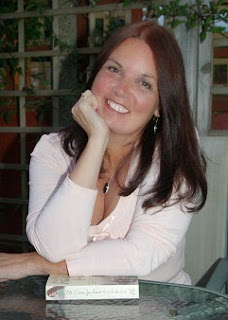 One of the questions I’m constantly asked at talks and events is ‘why do you write historical books?’ and I always give the same reply ‘because I haven’t got a time machine.’

I can pinpoint the moment I fell head over heels in love with history to the day as a child I watched Roger Moore as Ivanhoe gallop across our black and white TV screen on a white horse.

My infatuation grew throughout my childhood fed on TV series like the Buccaneers, Robin Hood, The Forsyth Saga including a brief flirtation with the Wild West with Bonanza.  Dr Who, too, in its earlier days went back in time, who could forget one of his early companions Jamie McCrimmon?  I later moved on to the Onedin Line and of course, along with the rest of the female population in 1975, fell in love with Robin Ellis as he strode across the screen as the original Ross Poldark.

I just love the thought, feel and possibilities of the past. All my life I’ve fanaticised about broad-shouldered, chiselled featured men with piercing eyes dressed in doublets,  kilts, starched collars and cravats and redcoats, what woman hasn’t?

Of course I didn’t just watch historical fiction but I read it almost exclusively in books by Anya Seton, Mary Stewart,  Nigel Tranter, George Shipway, Dorothy Dunnett and Sharon Penman to name but a very few.

The joy of writing historical fiction is also that the past isn’t just one point in time. It can be Nero’s Rome, Robert the Bruce’s Scotland, Revolutionary Boston or Lautrec’s Paris or for me, post-war East London.

It can also focus on major historical characters such as the Empress Matilda, Cecily Neville, Joan of Arc, or Marie Antoinette but it can also have more lowly protagonists such as Frances Nelson Lord Nelson’s long suffering wife or Elizabeth Fry, with her eleven children and bankrupt husband.

Of course, you can have fictional characters, who inhabit a real time and place and who fall in and out of love but who aren’t constrained by actual events.

But that then leaves me with another question I’m often asked which is ‘Do I write Romance or History?’ and again my answer is always the same. ‘I couldn’t tell you; I just write stories?’ 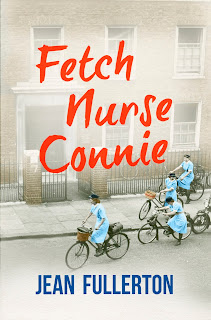 Connie Byrne, a nurse in London's East End working alongside Millie Sullivan from Call Nurse Millie, is planning her wedding to Charlie Ross, set to take place as soon as he returns from the war. But when she meets him off the train at London Bridge she finds that his homecoming isn't going to go according to plan.

Connie's busy professional life, and the larger-than-life patients in the district, offer a welcome distraction, but for how long?
Available from Orion Fiction on kindle, paperback and hardback on 4th June 2015

‘A delightful, well researched story that depicts nursing and the living conditions in the East End at the of of the war’ (Lesley Pearse)

‘…you will ride emotional highs and lows with each new birth and death. Beautifully written with some sharp dialogue.’ (THE LADY)

Great news to see yet another book in this wonderful series, Jean. Thank you for joining us today.

Romance or history? What an odd question. Both, obviously!