We are joined today by Lynne Shelby whose novel, French Kissing, won a publishing contract and a writing holiday.  She’s still reeling! 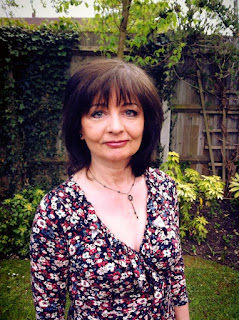 It was 8th January 2015, a typically cold, grey winter afternoon, when my phone rang – a call from an unknown number. I answered it, expecting it to be someone anxious to sell me double glazing or fix my computer if only I’d give them all my bank details. Instead, it was a call from Accent Press, to tell me that I’d won the Accent Press and Woman magazine Writing Competition, and my novel French Kissing would be published later in the year… I’ll never forget that moment of total delight and amazement – to be a published author was my life-long dream.

It was back in 2014 that I spotted the Accent Press and Woman competition for new, unpublished contemporary women’s fiction writers, with a prize of a publishing contract with Accent Press and a writing holiday at Chez Castillon, a writers’ retreat in south-west France.  The judges were Katie Fforde, Jane Wenham-Jones, Jo Czechowska from Woman Magazine and Cat Camacho from Accent Press.

As an aspiring author, I’d found entering competitions, with the need to meet a deadline and keep to a word-count, a good way to hone my writing. I’d won a couple of small flash fiction competitions, but I’d never before entered a competition of this size – or one with such an incredible prize. In November, I sent off my entry – the first three chapters and a synopsis of my novel about two childhood penfriends, Alexandre who is French and Anna who is English, who meet again as adults when their friendship could become something more – and told myself not to think about it. And then, in the New Year, I got that long-dreamt-of phone call – which was followed an hour or so later by another call, this time from Woman, to interview me for the magazine. By now, I was so thrilled and excited that I may not have been the most coherent of interviewees! 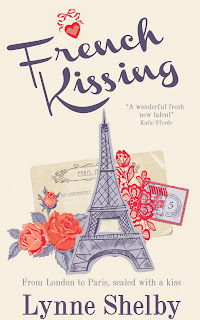 I must admit that I was so ecstatic to be signing a publishing contract and sending off my completed manuscript, that I hadn’t thought much beyond that, but during the following weeks I experienced an extraordinary number of highlights as I continued along the road to publication. Seeing a photograph of the cover of my book for the first time was incredible (I adore the cover!), as was watching the video trailer on YouTube. In May, as the other part of my prize, I spent a wonderful week on a fantastic writers’ course taught by Jane Wenham-Jones at the fabulous Chez Castillon, where I also met Katie Fforde who was so very generous with her encouragement to this new writer. In June, I received the edits of my book from Cat Camacho, my brilliant editor at Accent - another step towards being a published writer – and a few weeks later I was sending back the final proofs.

As I write this in July, French Kissing has a publication date of 20th August. Next month, I will actually be holding a copy of a book I’ve written in my hands. Sometimes, dreams do come true.

Thank you for sharing your story with us, Lynn. It’s been lovely reading about your success. Good luck with French Kissing

How wonderful and exciting for you. Wishing you much success and a long happy future with Accent. :)

What a lovely *call* story and a GREAT premise for a novel....bon chance!

How brilliant! Love this story!

Great post Lynne, thanks for sharing your success story.

Congratulations and I hope your release day was everything you wanted it to be.

What a fabulous story, Lynne - I could almost feel your excitement! Your thoughts on whether or not to answer the phone as it was an unknown number amused me as I would have been just the same. Good job you did!

Fabulous story and many congratulations, once again. x