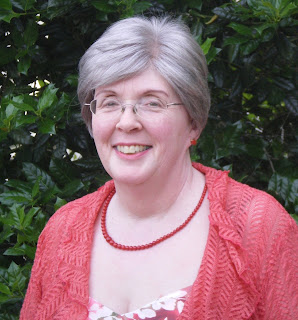 Today Angela Britnell tells us about her writing process, describing how her characters insisted she turn a short story into a full length novel.

I couldn’t have this coming true for the lovely Maggie and Chad which is why they get their very own perfect HEA in The Wedding Reject Table. My publisher, Choc Lit, wanted a very short 500 word story to be sent out as free treat to tempt readers and this was when Maggie, a Cornish cake decorator, and Chad, a lawyer from Nashville made their appearance. Some characters are so insistent and the beginning of their story intrigued them both so much they refused to leave me alone. By nature I’m as far from a plotter as you can get which meant I didn’t know how their story would go either but I had to find out.


The Wedding Reject Table starts in the same way as the original short story with Maggie and Chad looking at the wedding seating chart. He asks her if she’s been put on the reject table too.

‘The Reject Table’. His deep smooth voice was laced with a delicious warm drawl she could’ve listened to all night. ‘Of course they wouldn’t call it that, they might gloss it over by using the term “Independents”, but we know the truth, don’t we?’

‘Do we?’ Maggie bristled. She refused to admit she knew precisely what he was talking about. She’d endured enough of these ritual humiliations while seeming unable to sustain a relationship long enough to change her Facebook status.

After that it changed dramatically and expanded. I always love writing the first draft because that’s my way of discovering the story. It comes straight from the heart but after that the head needs to get more involved! I transfer the draft to my Kindle and read it through, making notes as I go. That helps me to see if the storyline works and where things need to added/taken away. I then work on the second draft and do the bulk of the hard work. The third draft is usually a question of minor tweaks and hopefully no major rewrites.

My first Choc Lit novella is called What Happens in Nashville and as Chad in The Wedding Reject Table comes from Nashville we decided to link them as my ‘Nashville Connections’ series. There will hopefully be a third one later this year. 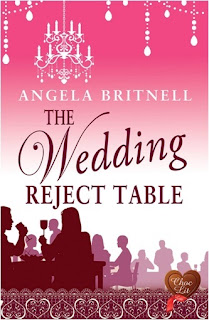 The Wedding Reject Table
When Maggie Taylor, a cake decorator, and Chad Robertson, a lawyer from Nashville Tennessee, meet at a wedding in Cornwall it’s not under the best circumstances. They have both been assigned to ‘the reject table’, alongside a toxic collection of grumpy great aunts, bitter divorcees and stuffy organists. Maggie has grown used to being the reject, although when Chad helps her out of a wedding cake disaster she begins to wonder whether the future could hold more for her. But will Chad be strong enough to deal with the other problems in Maggie’s life? Because a ruined cake isn’t the only issue she has – not by a long shot.

Angela was born in Cornwall and joined what was then the Women’s Royal Naval Service to work as a Naval Secretary before she met her husband, a US Naval Flight Officer, while being based at a small NATO Headquarters on the Jutland Peninsula in Denmark. They lived together in Denmark, Sicily, California, southern Maryland and London before settling with their three sons in Franklin, Tennessee. Angela took a creative writing course in 2000 and loved it so much that she has barely put her pen down since. She has had many short stories and novels published in both the US and UK.

I missed this being posted - sorry! I'll be shouting about it now :)

An interesting post, Angela. I love to see how character evolve and sometimes take on their own books. I cant wait to read this!

Hope you enjoy it, Elaine, it was a fun story to write.