From Indie to Traditionally Pulished: Sheryl Browne's Learning to Love

Today on the RNA Blog we are delighted to welcome Sheryl Browne, whose book 'Learning to Love' was released on 14th June to great critical acclaim. 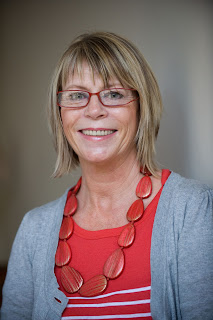 Learning to Love has had an interesting life previously indie published and now published by Choc Lit. Can you tell us a little bit about how that came about?
The book was recommended to Choc Lit by the WHSmith Travel Fiction Buyer, who loved it so much he took a quote from it. The quote in question is Andrea’s response when Doctor Adams, trying to reassure Andrea, suggests she can’t keep them safe twenty-four hours a day. Andrea’s reply to which is, ‘I can! It’s my job! It’s what parents are supposed to do. Make sure they’re safe, never scared or lonely or hurting.’ Needless to say, I am tremendously grateful and very relieved the book now has a safe home.

You deal with some difficult themes in Learning to Love (the loss of Jake’s mother for instance).  Can you tell us how you decided which themes to pursue in the book?
Bereavement in childhood is a subject I’m familiar with and I wrote a short around it, entitled The Memory Box, now published in a Birmingham City University Anthology. The characters, though, called to me and I knew I had to write their whole story. Learning to Love does look at some difficult themes. Fundamentally, though, it’s a story – poignant at times, but also uplifting – about trusting yourself and opening yourself up to the possibility of loving again, even though life might be complicated. With kind permission, I’d like to quote a snippet from a review, which sums it up perfectly: “It’s also about family as beautifully chaotic as they can be.” Thank you so much Reviewed the Book!

Which character in Learning to Love was the most fun to write and why?
Oh David, definitely. David’s euphoria and underlying heartbreak when he finally makes a connection with his son was my most enjoyable chapter. David knows his son’s anger towards him is justified. Writing aspects of his character that showed him to be a man worthy of forgiveness was a huge challenge, but hugely satisfying.

You write books in different genres (crime and contemporary romance). How do you plan your writing schedule to produce books in both genres?
The characters tend to dictate the writing. Most writers will agree their characters will have animated conversation at the most inconvenient of times. The voice that’s the most urgent tends to win the day. Once a book is well underway, I tend to stick with one story, often pausing to scribble notes in regard to any other story that might be calling.


When planning a new book, what comes first for you – the characters, the plot or the theme?
I usually start with a man (which is no bad place to start). The male lead tends to appear fully formed, his mannerisms, his appearance and, importantly, his conflicts, inner and outer. I already have a kernel of the story therefore, and an idea of the kind of woman who might challenge or be attracted to him (cue fireworks!).

I noticed on your Amazon author page you are a bit of an adrenaline junkie who enjoys skydiving and abseiling. What have you got planned next?
I’m a keen boater (in fact, I have an article appearing in July’s Waterways World Magazine). My next challenge is therefore getting my little narrowboat waterways-worthy. Trust me, blacking her bottom and signwriting in the rain is definitely a challenge.
Facebook or Twitter? Which is your preferred promotional tool?
I think Facebook, as it’s slightly more personal. However, the support I’ve had on Twitter, particularly from RNA members sharing #TuesNews and readers and book bloggers, has been amazing – and humbling. Can I just take this opportunity to say a huge thank you. I would have been lost without you.

What can we expect next from Sheryl Browne?
Currently, I have another book contracted with Choc Lit and four in the pipeline, one of which, my latest thriller Sins of the Fathers, has been passed by the wonderful Tasting Panel. I also have two more for submission and another contemporary romance underway, Ripples on the Water, a story about childhood sweethearts forced apart by ghosts past. There’s also a sequel to Sins of the Fathers itching to be told. I may faint!


Thanks for taking the time to talk to us Sheryl. We wish you every success with the new book and wait with great anticipation for your other varied writing projects in the future.


Sometimes help comes from the most unlikely places …
Living in a small village like Hibberton, it’s expected that your neighbours help you in a time of need. But when Andrea Kelly’s house burns down, taking all her earthly possessions with it, it’s the distant and aloof Doctor David Adams – the person she would least expect – who opens his door not just to her, but to her three kids and slightly dotty elderly mother as well.
Andrea needs all the help she can get, dealing with aftermath of the fire and the suspicious absence of her husband, Jonathan. But, as she gets to know David and his troubled son, Jake, she begins to realise that maybe they need her help as much as she needs theirs …

Previously released by the author. Revised, edited and republished by Choc Lit in June 2016.

If you wish to write for the blog or be interviewed please contact elaineeverest@aol.com

Thank you so much for my lovely feature, Virginia. Love it! Hugely appreciated! xx

Lovely blog, Sheryl. Congratulations on all your successes. Learning to Love is definitely on my 'to do' list.
Karen x

Interesting interview and I thoroughly enjoyed Learning to Love.