Today we welcome Christie Barlow to the blog. her route to publication reads like a writer's dream.

Sometimes I have to pinch myself that in less than two years, I have four books published and working on my fifth! For much of my adult life, I had spent dedicated to the care of my children, but 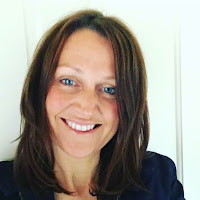 then there’s nothing like one’s 40th birthday to shake things up a bit! A couple of years ago, we were discussing their career options one afternoon and I blurted out that I’d always wanted to write a book. Wanting to prove to them that you really can do whatever you set your mind to, I knew I had to follow through with my statement. But the dilemma was, what would I write about? There is an old adage that says ‘write what you know’, and I certainly know how to be a mother. Hence the idea for A Year in the Life of a Playground Mother was born.

I began to write every afternoon, along with the support of my trusty side-kick Woody, (and a few packets of Haribos) and a year later, I self-published. I will always remember that proud moment when I showed my children the finished product – a book that had MY name on the cover. Simply self-publishing my book was not the end of it though, – I knew that a strong Social Media presence would be necessary to promote it – and sure enough, it circulated quickly and became the talk of the town. Within a few months, this book I wrote to prove a point became an Amazon bestseller in the UK and the USA.

I am now a full-time author, signed with an agent, and have a book deal with publishers Bookouture. I’m in the midst of writing my 5th book which will be released in 2017.

My characters are purely fictional and contain a pinch of humour as well as some romantic interludes. I’d say it takes me about 5 months to write a book, and often the storyline takes me in a slightly different direction that I had originally planned! For the last couple of books, I’ve taken part in a charity auction where people can bid to have their name as one of my characters. This has been very rewarding as I’ve seen how much this means to people, particularly Ann Sandeman, a cancer sufferer, who was one of the main characters in Lizzie’s Christmas Escape.

Yes, you may find reference to some of my loves in these books (chickens, music festivals and Gary Barlow) but that is where the similarities end – I promise! I really enjoy creating my characters and writing stories that bring pleasure to readers. My novels are light-hearted but often have a serious story-line running through them. I draw from my own experiences and memories. Writing is a lonely occupation – that’s why Woody is so important to my sanity. We’ll often start the day ambling across the fields to clear my head and then get settled at the computer with numerous cups of tea to keep me company.

I love to interact with my readers and encourage you to get in touch.

Christie lives in Staffs with her 4 children, husband and her mad cocker-spaniel, Woody. Her days, when not writing, include managing her little mini-zoo which includes horses and chickens. She is also a piano teacher and has a number of students.
Christie’s first novel was self-published in 2014 and quickly became an Amazon bestseller. While writing the sequel to ‘A Year in the Life of a Playground Mother’, Christie was signed by agent Madeleine Milburn and signed to publishers Bookouture for a four-book deal. Thus followed ‘The Misadventures of a Playground Mother’ in 2015, Kitty’s Countryside Dream in February 2016 and her latest, ‘Lizzie’s Christmas Escape’, out on 21st October 2016.
Christie spends a lot of time, when not writing, to supporting charities. She is an ambassador for The Zuri Project Uganda, and will be travelling to Uganda early next year to see how the funds raised are being implemented.

Thank you Christie. You are certainly living the dream of a successful author. Many thank for visiting the RNA blog and good luck with your next book.

Would you like to be featured on the RNA blog? Contact the team on elaineeverest@aol.com
Posted by Elaine Everest at 7:00 AM

Congratulations on following your dream, writing your first book and becoming a success,