Today on the RNA Blog we welcome Maggie Cammiss who tells us how her career in the fast-paced world of news media has given her a wealth of plot ideas. She also extols the virtues of staring off into space... 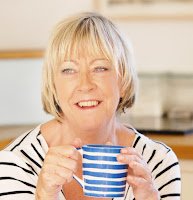 It’s a bit of a cliché, but the old advice to write about what you know certainly worked for me. My first writing success was a short memoir about my time spent working in a liquorice factory in the 1960s and I’ve used the workplace in my novels since.

I’ve always been an avid reader and scribbler and the first years of my working life were spent very happily in public libraries. Later, I moved into film archives and in 1989 I joined Sky News when the channel first launched. I stayed for seventeen years, behind the scenes, managing a team responsible for accumulating, cataloguing and maintaining a news footage archive.
I came away from the hectic environment of a 24-hour rolling news channel with a gift: masses of interesting background material. There’s a romance at the heart of both novels, with the exhilarating environment of a television newsroom providing the setting. The characters and storylines are entirely fictitious but that doesn’t stop old colleagues asking if they feature – I tell them I’ve changed the names to protect the guilty! 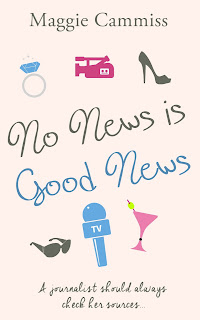 After drafting the first novel I tackled the initial re-write by presenting a chapter a week to my local writing group, Cutting Edge Writers. It was hard work but the comments and criticisms I received helped me enormously and incorporating them into later drafts served as a valuable editing tool. Writing can be a lonely pursuit and the regular input and support from people who understand the process was a huge benefit.

I eventually submitted the manuscript to Accent Press and my debut novel, No News is Good News, was published in December 2014.

With the novel completed I concentrated on other writing projects, including the National Novel Writing Month (NaNoWriMo) Challenge. At the end of thirty days of intense writing I had the first 50,000 words of another novel in the series, featuring a minor character from the first book, with a new set of circumstances and fellow-travellers to grapple with.

This second novel, ‘Breaking News’ has just been published by Octavo Books, a new imprint of Accent Press.The whole NaNoWriMo experience was so successful for me that I intend to enter the competition again this November. I already have the first 10,000 words of a new novel written and want to use the month to further develop the storyline and characters. I’m taking a break from television news this time. The previous novels weren’t specifically autobiographical but they probably reflected aspects of my younger self. Some problems are universal but my new cast of characters are older, hopefully wiser, and deal with them in different ways.


My husband wouldn’t necessarily agree but I believe staring into space with a cup of tea and a biscuit to hand is a legitimate use of my time. I am an inveterate eavesdropper and I’ve always got a notebook and pen handy. I’m not quite an insomniac, but I make an awful lot of notes in the dead of night.

Breaking News:
Television producer Sara Cassidy has her life all mapped out. She loves her job making weekly feature programmes for TV news channel UK24, and is looking forward to furthering her ambitions in the media. She is devastated when her fiancé makes a shattering confession but she hardly has time to come to terms with the betrayal when her closest friend is involved in a freak accident and Sara’s world is turned upside down once again.

As Sara struggles to maintain a professional perspective she finds solace in a new interest and a blossoming romance. But she has to be careful who she trusts in the cut-throat world of television news. Just as she is finding her feet again the career that means so much reveals its murkier side.
When she suddenly finds herself at the other end of the camera lens, Sara discovers that in the struggle for ratings, loyalty is in short supply.

About Maggie:
A member of the Romantic Novelists’ Association, Maggie left London with her partner to see what life outside the M25 had to offer. She eventually settled in Norfolk and when she isn’t writing, she’s likely to be found on the beach, walking in the beautiful countryside, or (usually) reading a crime novel. These days she also cares for her mum in law, who suffers from Alzheimer’s. This is another voyage of discovery and interruptions are part of daily life.


Thanks for taking the time to talk to us today, Maggie. We look forward to your next story and wish you the best of luck with this year's NaNoWriMo.

If you would like to be interviewed about your soon to be published book please contact the RNA blog team on elaineeverest@aol.com

Thanks for having me Elaine

Sounds like we had a very similar writing journey. My first books were almost autobiographical as well, concentrating on my time in military uniform. And I credit my writing critique group with helping me polish the story and get through the rewrite process. I've tried NaNoWriMo a couple of times but none successfully. November is not a good writing month because it ends with a big holiday in the U.S. and I often end up going out of town to be with family, but getting into that 1,500 word plus a day habit is great when it kicks in. Good luck with it this year!

Writing groups are such a help, aren't they? I don't know what I'd do without mine. None of my fellow members will join me in the NaNoWriMo this year, so I'll have to go it alone. Bit of a slog, but hopefully worth it.

I am sure we have discussed liquorice before and my need to nibble as I write. You had a perfect job as far as I am concerned. Ah Sky. Many moons ago (about 1989 I think) we (hubby and I) produced rock nights at the London Hippodrome (and many other venues) as well as managing artists. We were asked by the club to spend a year researching for a new medium, Satellite TV and to record a series of programmes filmed inside the club in the then Star Bar...oh those early days. In the end the shows were never broadcast but we had fun producing them. NaNo is a fab way to learn about deadlines - I have done two. Yep, gazing in to space is something I do a lot....not sure how productive it is but it looks as if I am engaged in some activity or other...good luck for your future writing. Janex

I value Watford Writers at which I have made friends who offer me valuable advice and constructive critiques.

It's so useful for you to have so many experiences which you can use in your novels.

As for me, I'm a historian at heart so I'm buried in my historical fiction

Staring into space is such a brilliant thing. I love train journeys because you can legitimately stare out the window... and you never know what you might see.
Lovely interview.