Thank you to Sheila Riley for compiling another bumper list of the latest romantic novels from our members.

Back to St Carys in Cornwall for a summer of fun, when
Clemency falls for someone she really can't have.

He is an earl who was left at the altar. She was his true love. Fate brings them together again.

What doesn't kill you makes you stronger – but how strong can one person be?
It's Dorset coastguard Griff Hendry's belief that everyone is worth saving –
which is why he can't forgive his father, Logan, for what he did, nor can Griff
understand why his estranged wife, Evie, and his troubled step-daughter,
Tess, are keeping secrets from him. As the truth is uncovered, Griff is forced
to accept that perhaps he's never understood what real strength is.

Emma Greig has seen little of the world at fourteen when she goes to work at Bonnybrae Farm.
Maggie Sinclair welcomes her warmly, Jim and William gently tease her, but their mother is haughty
and disapproves of their friendship with a maid. She is determined to keep Emma in her place,
so when a closer bond develops between Emma and William she sends Emma away without a reference
and banishes William from the farm he loves.

When pedigree dogs start to go missing in the village, Hannah,
her granddad and local artist Ryan, form an unlikely trio of amateur detectives.
Cute puppies and mysterious visitors keep the sleuths busy but there’s still time for romance.

Christa fled from Germany during WW2 and as the war ended,
she found herself in Rivenshaw with Daniel and his aunt,
helping the struggle to keep the old house from being taken over by the council.
And will the secret cellar reveal its secrets at last?

Two Sisters. One Truth. Reunited after many years apart, sisters Clare and Alice reacquaint themselves in adulthood,
but as events take a sinister turn, nothing is at it seems and everyone must question who they believe.

"Houston, we have a hot-astronaut problem…"
Survival expert and control freak Jessie Odell has faced the most hazardous environments on earth.
Training astronauts should be a cakewalk. Nope. Enter candidate Hemi "Thor" Barrett and his hot, ripped bod,
and suddenly Jessie is breathless with raw excitement—something she hasn't felt for a long, long time—and it scares her to death.
Hemi isn't just some sexy distraction. Jessie actually likes the guy—and that makes him more treacherous than an Everest ascent.
It also means Hemi's that much harder to resist. With every hungry, heat-fueled encounter, Jessie skirts closer to that dangerous edge.
Falling for this space cowboy is definitely high stakes…but could the payoff be worth the risk? 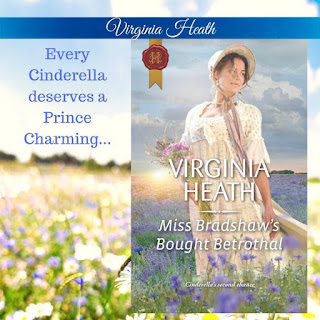 She'd done it! Plain, invisible Evelyn had escaped
Fed up with being a doormat to her evil stepmother, heiress
Evelyn Bradshaw pays a dissolute rake to pose as her betrothed so she can secure her freedom.
But then her fake fiance leaves her with his estranged brother Finn Matlock and disappears!
Having withdrawn from the world, Finn knows the last thing he needs is the temptation of a woman,
especially one like Evie. She has an irritating habit of causing chaos wherever she goes and being
in places she shouldn't including, as he soon learns, his heart!

On her mother's death, sous chef Polly learns she may be New Forest hotelier Charles Hetherin's illegitimate daughter.
Having grown up watching her mother do without, she's furious. The Hetherins have it all - including fabulous Hetherin Hall country house hotel.
Determined to discover the truth, Polly's mistaken for a job applicant but takes the waitressing position to get to know the family who may be hers.
Romance is the last thing on her mind, but she can't deny the sparks flying between her and Oliver, the grumpy but gorgeous restaurant manager.
However, it seems nobody is quite who Polly thinks they are ...

Constantinople 1811. Ice cool diplomat Lord Berannes is involved in negotiating peace between the Turks and the Russians.
Then he encounters fiery, rebellious artist, Olivia Hartford. And after that, nothing goes to plan – for either of them! 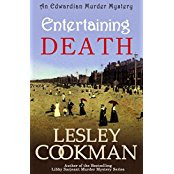 The second novella in the Alexandrians series about an Edwardian Concert Party.

Working as a receptionist in a London vets, Sam is always broke,
rents a tiny flat and is constantly arguing with her boyfriend.
But the worst part is that her career is going nowhere. Something’s got to give ...
will a visit to her Nana Peggy's small picturesque village be the answer?

Hide from the thief-taker, for if he finds you, he will take you away …
Eighteenth-century Cornwall is crippled by debt and poverty, while the gibbet
casts a shadow of fear over the land. Yet, when night falls, free traders swarm
onto the beaches and smuggling prospers. Terrified by a thief-taker’s warning as
a child, Jenna has resolved to be good. When her brother, Silas, asks for her help
to pay his creditors, Jenna feels unable to refuse and finds herself entering the
dangerous world of the smuggling trade.Jack Penhale hunts down the smuggling gangs
in revenge for his father’s death. Drawn to Jenna at a hiring fayre, they discover
their lives are more entangled than they first thought. Trust and loyalty are tested
to the limits, but can there ever be love, as Jenna is a thief’s daughter –
where blood always runs thicker…

A holiday in Rome, staying in a beautiful apartment with a gorgeous guy, sounds like the perfect trip, right? Wrong
When Lisa finds herself saddled with childhood-friend-turned-enemy, Will Ryan, romance is the last thing on her mind.
She’s got more important things to focus on, like hunting down her estranged father.
But as they dig into the past, neither of them is prepared for the long-buried secrets they reveal.
Secrets that will turn both their world’s upside down …

Nicci has made one stupid and seemingly unforgivable mistake and, after eight years together, her husband Mark is divorcing her.
Her best friend is determined to help her get over it, start enjoying life again and move on, but Nicci knows getting over Mark
just isn't an option - she still loves him and she wants him back! With no clear plan in mind and only thirty days left until
the divorce is finalised, the race is on to prove her love, regain his trust and save her marriage, before it's too late.
A debut romantic comedy with a sprinkling of winter magic!

MORTON S. GRAY
The Girl on the Beach
Ebook
Choc Lit
24 January 2017
Who is Harry Dixon?

When Ellie Golden meets Harry Dixon, she can’t help but feel she recognises him from somewhere.
But when she finally realises who he is, she can’t believe it – because the man she met on the
beach all those years before wasn’t called Harry Dixon. And, what’s more, that man is dead.
For a woman trying to outrun her troubled past and protect her son, Harry’s presence is deeply unsettling –
and even more disconcerting than coming face to face with a dead man, is the fact that Harry seems to have
no recollection of ever having met Ellie before. At least that’s what he says …
But perhaps Harry isn’t the person Ellie should be worried about. Because there’s a far more dangerous
figure from the past lurking just outside of the new life she has built for herself, biding his time,
just waiting to strike.

May, 1914. Life at Summerhayes appears to offer the perfect country idyll,
but a feud in the Summer family and growing conflict in Europe, has tensions running deep.
As the sweltering heat of 1914 builds to a storm, Elizabeth Summer must decide how best to
save her family from danger and keep the man she loves. One thing is certain: nothing can stay the same.

A mysterious bookkeeper. A damaged actor-manager. An earl hell-set on increasing his

land by fair means or very, very foul. ﻿Secrets and subterfuge in the Regency theatre

(Dangerous Deceptions Book 1) The first in a new series of historical romance with a twist of mystery. Seven years ago the young Duke of Calderbrook left England for the self-imposed exile that seemed the only way to save his life. Now he’s returned, to take back his birthright and discover who so nearly killed him – even if they prove to be someone he loves.
The truth and revenge are Cal’s aims, but his quest is stopped in its tracks by Society beauty Sophie Wilmott. He wants Sophie and Sophie, armoured against love by her own secrets, wants Cal. He needs to keep her safe, she needs to guard her heart – but death is waiting at the heart of the Duke’s great house and only courage and love are going to give them the strength to overcome it.

Posted by Elaine Everest at 7:00 PM

Earn free satoshis over at Easy Bitcoin. Up to 33 satoshis every 10 minutes.

Did you consider trading with the ultimate Bitcoin exchange service - YoBit.