This year’s shortlisted novels explore a variety themes including loss, desire and betrayal in settings from the East End of London, through to Paris, Australia, and India. 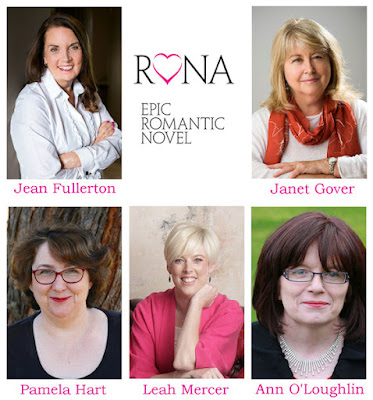 Jean Fullerton’s Wedding Bells for Nurse Connie takes us back to 1948 where for Nurse Connie Byrne, preparing for the start of the NHS and to marry her sweetheart, Malcolm, life looks pretty straightforward – that is until Dr MacLauchlan arrives...

Readers have commented on the authentic detail in your novel; can you tell us more about what your starting point was?
Not only was I born and grew up in East London but I have spent much of my working life as a district nurse in East London. My first job on the District was in the London Borough of Newham which is made up of the old areas of East and West Ham, Stratford, Forest Gate and Manor Park and the old neighbourhood around the Royal Docks in Canning Town.
Like Connie I visited people with diabetes to give them their morning insulin but unlike her I didn’t have to boil a glass syringe for ten minutes beforehand and I never had to ask my patients to bake gauze squares in the oven alongside the evening meal to sterilise them. There were hundreds of other ways mine and Connie’s practice differed, but what never changes is how nursing involves human drama, joy and tragedy. I believe that my family and professional background breathes authenticity into Nurse Connie’s world.

Little Girl Lost by Janet Gover takes us to the Australian outback, where when Tia Walsh rides into town on a Harley-Davidson, Sergeant Max Delaney senses that she spells trouble. Tia’s trouble is not of her own making, but her dangerous past is not far behind. Then a little girl goes missing in the harsh terrain, and nothing else matters except finding her safe.

We asked Janet to tell us about the inspiration behind this novel:
It came from a song that has haunted me for years. ‘Little Boy Lost’ (by Aussie songwriter Johnny Ashcroft tells the true story of a child lost in the bush. The boy was found, safe and well, after what was then Australia’s biggest search. That song always brings a tear to my eye. It started me thinking about being lost – and how there is more than one way to be lost.  That’s where this book came from.

Pamela Hart’s The War Bride is the story of war bride Margaret Dalton who when arriving in Sydney in 1920, to reunite with her ANZAC husband Frank, finds out from the Army that he already has a wife. Devastated, Margaret must find a new home, a new job… and, perhaps, a new love. But what if the Army was wrong?

This is a fascinating story; we asked Pamela where the idea came to her:
I found the germ of the story for The War Bride while I was researching my last book, The Soldier’s Wife.  As soon as I heard about a Margaret who came to Sydney as a war bride only to find that her husband had abandoned her, I knew I had to write her story.  The book is set around Sydney Harbour, especially around Lavender Bay, which is where I teach writing for the Australian Writers’ Centre. Any time I was running low on inspiration, I just had to walk out my classroom door and gaze at the harbour in all its many moods, and I was right back in 1920 with my characters.

Leah Mercer’s Who We Were Before follows protagonists Edward and Zoe, who two years on from the death of their young son couldn’t be further apart. A weekend in Paris might be their last hope for reconciliation, but mischance sees them separated before they’ve even left Gare du Nord. Lost and alone, Edward and Zoe must try to find their way back to each other—and find their way back to the people they were before.

This novel confronts some difficult themes and we asked Leah what led her to tackle them in her novel:
It was written shortly after my father died, and it provided a much-needed outlet for my own grief. I hope it shows that healing can happen when sadness brings people together, instead of driving them apart.

Ann O’Loughlin’s The Judge’s Wife is a tale of enduring love and scandal that begins in 1950s Dublin and unravels across decades and continents, digging up long-buried family secrets along the way. This is the love story of Grace, the judge’s wife, and Indian doctor Vikram Fernandes. The Judge’s Wife asks whether love really can last forever.

We asked Ann what inspired the rich detail in her writing:
So many things!  A small piece of marble pushed into my hand by a workman at the Taj Mahal, the beautiful jewellery, gowns and outfits sent by a rich relative in twice yearly parcels from the US to my West of Ireland home and a year in India living amid the coffee estates of South India which changed my life.  All of these gave me glimpses into different worlds and helped me build the background to the story. 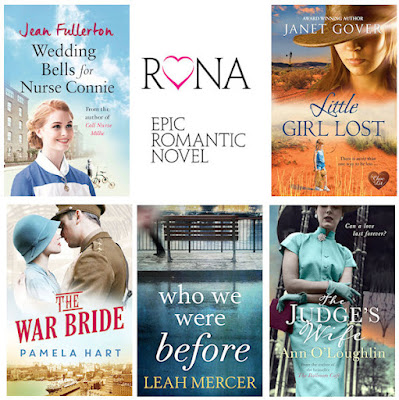