Today we're joined on the blog by Wendy Clarke and Donna Douglas sharing their experiences of moving from short story writing to novels, and vice versa. 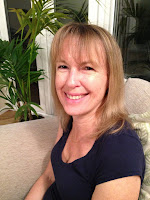 Wendy Clarke is a writer of women's fiction. Her work regularly appears in national women's magazines such as The People's Friend, Take a Break Fiction Feast and Woman's Weekly. She has also written serials and a number of non-fiction magazine articles.
Wendy has published three collections of short stories, Room in Your Heart, The Last Rose and Silent Night and has just finished writing her second novel.
Wendy lives with her husband, cat and step-dog in Sussex and when not writing is usually dancing, singing or watching any programme that involves food! 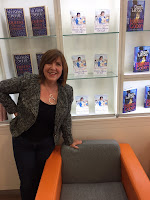 Donna Douglas is the Sunday Times bestselling author of the Nightingale novels, et in an East End hospital in 1930s. She has recently published the second in the Steeple Street series, about a district nurse in 1920s Yorkshire. A born Londoner, Donna now lives in York with her husband and family. In her spare time she enjoys reading, going out for coffee and cocktails, and binge-watching TV box sets.

I sat down in front of the computer and looked at the blank screen. How hard can this be? I thought. I’ve written two hundred short stories so writing a novel will be the same... just longer.
How wrong could I be! The difference between a short story and a novel is as great as between a puddle and an ocean or my corner shop and the supermarket on the outskirts of town. The clue is in the name – a short story is, well, short. The other isn’t and that, I soon realised, was the whole problem.
When I write my magazine stories, I start off with the seed of an idea and see where it will take me. Sometimes I know how the story will end but often I don’t. Whichever it is, the journey between beginning and end is a short one and it’s never long before l know where my characters are taking me and the finishing line is always in sight. In contrast, it soon became clear to me when I started the novel, that muddling through with a vague idea in my head was not going to work. I would need to plan – at least a bit. The word sent shivers down my spine but, with two interweaving timeframes, I was going to need all the help I could get. So I wrote down some chapter headings and scribbled a few notes under each one. It gave me a basic framework to work from and made it easier when it came to write the dreaded synopsis.
Once I got started, I found another big difference was to do with my characters. Most short stories have at least two main characters. That means a minimum of 400 characters have paid me a short visit over the last few years. They often stay a day or two and if they bore me, I know I can throw them out and invite someone else. With the novel, a whole cast of characters turned up with their suitcases, expecting to live with me for several months if not years! What if I grew tired of them? What if they wouldn’t do what I wanted? I needn’t have worried. I quickly grew very fond of my little family and was sad when I had to eventually say goodbye to them.
The biggest problem I had when moving from short story to novel, however, was that I’m used to rewards. In a normal short story year, I have the satisfaction of writing ‘The End’ scores of times and sales to celebrate. The novel was more like a marathon with no guarantee of a medal at the end of it. Believe me – it was hard! I’ve learnt that writing a novel requires stamina and determination. You have to love both your story and your characters and want to share time with them even if there seems to be no light at the end of the tunnel.
Luckily for me, I did.

My new novel, The Nightingale Christmas Show, is out this week. It’s my ninth Nightingale book, and the fourth set during the festive season, so this year I decided to try something different. Rather than writing one novel, I thought it might be fun to put together a collection of themed short stories.
It seemed like a good idea at the time. And in my naivete, I thought six separate stories might actually be easier than writing a lengthy novel. I mean, short stories are quick and easy to do, aren’t they?
Well, no. As I found out, each short story was like a mini novel in itself, needing its own narrative arc, theme, voice, etc. And since each of the stories was around 10,000 words long, they weren’t that short, either!
Just to make things even more difficult for myself, I decided to interlink the stories. Each of the six tales recounts the same event – an amateur show at a hospital during the first Christmas after the war – from a different viewpoint. There’s the war-weary Matron, Kathleen Fox, and her ambitious new Assistant Matron Charlotte Davis (a young woman with a dreadful secret). Then there are two ward sisters, warm-hearted Violet and fiercely competitive Miriam Trott. Finally we have two nurses, scatty, man-mad Daisy and Peggy, who struggles to reconcile her own desires with those of her controlling husband.
Since the six characters interact with each other, and drop in and out of each other’s stories, this proved to be quite a logistical challenge, involving a lot of wall space and great deal of colour-coded Post-its. So, for instance, when ward sister Violet Tanner receives some bad news just before the show’s first rehearsal during her own story, I had to make sure she was suitably preoccupied when I recounted the same event in the Assistant Matron’s story.

As you can imagine, it was a bit hair-tearing at times, but I got there in the end. And the process actually proved really interesting. The finished result is not so much a collection of short stories as a deconstructed novel, with all the viewpoints that are general woven together pulled apart into separate strands. This meant I could give each story its own unique tone, from Daisy’s fun quest to bag herself a handsome young doctor, to Charlotte’s secret heartache over her dark past. So whether you’re looking for a laugh or something tear-jerking, hopefully there’s a short story for every mood!
I had a great deal of fun writing it (I guess I can say that now it’s all over!) and I hope you enjoy reading it.

Thank you Wendy and Donna. It's fascinating her hear how different writers approach writing in different forms.

Their first Christmas without Paula. The thought made his heart ache. He didn’t know how he was going to do it, but he had made up his mind that, whatever happened, he would try and make it the same as it had always been. For the children’s sake... for all their sakes.
Silent Night, is a collection of short stories with a Christmas theme. All thirteen stories have previously been published in national magazines. If you like stories with emotional depth and a satisfying ending, then these stories will not fail to leave you unmoved.
Andrew and his children are grieving. Can he make this a Christmas his late wife would have been proud of?
Bella needs to get away from it all but her Christmas cottage by the sea holds more than a few surprises.
Christmas Eve, a starry night and two young men who have more in common than they realise.
The stories in this collection are a window into the lives of ordinary people at this special time of year. They offer hope, comfort and the knowledge that the spirit of Christmas is often found within ourselves.

It’s Christmas 1945, and Matron Kathleen Fox is faced with the daunting task of putting the Nightingale Hospital back together after six long years of war. In an effort to restore morale, she decides the staff should put on a Christmas show for the patients. She hands the task over to her ambitious Assistant Matron, Charlotte Davis. But it isn’t long before Charlotte is ruffling feathers among the rest of the staff…Can the nurses of the Nightingale overcome the shadows of the past and pull together in time to save the show?
Posted by AlisonM at 7:00 AM

Many thanks for inviting me onto your lovely blog.