It is the sixties, Cambridge. Married at twenty I am, at thirty, alone, but happy with my children. Valentine’s Day arrives, not that I expect anything, there’s no one special enough at the moment – I feel a momentary bleakness. At the bedroom door there is a sound of shuffling and shushing. My three children enter. My daughter carries a tray with tea and burnt toast. My youngest son a bunch of daffodils which have seen better days. My eldest hands me a huge hand decorated card. “To the best and most beautiful Ma in the world. Admired by men – Happy Valentine.” It has never been bettered. 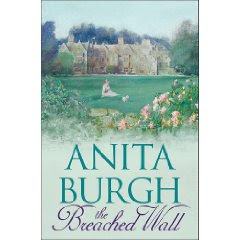 It is spring 1915. Far away in France, the Great War was not over by Christmas as was confidently predicted. It shows no sign of ending, and the peaceful calm of Cresswell Manor in Devon has been shattered. It is now a convalescent home for soldiers from the Front. They arrive in increasing numbers to recover from their wounds - their minds and bodies broken. The old social order is crumbling as surely as time begins to breach the walls of the ancient manor house... this glorious saga of home life against the terrible backdrop of 'the war to end all wars'.

That is just lovely, Anita!

I remember making home-made Valentine cards with the kids at playgroup. And when the children were asked who they were for, they looked at you with faintly astonished eyes and said, "For Mum of course."

What a perfect Valentines Day gift. I still have so many of the handmade cards from my children and they're all so special.


Most women don’t know this... but even if a man is attracted to you or even says he loves you...

...chances are he still feels something is missing.

Because there is a secret, emotional need hidden within his heart that he craves more than anything.

And in most cases, is not being met.

The problem is, if it’s not being met, his attention will inevitably wander until he finds a woman who can give it to him.

Maybe one in a thousand women knows how to do this instinctively, and they usually rise to unbelievable levels of influence and fame.

But most women, or men for that matter, don’t even know it exists.

On the other hand, when you have this 1 simple secret...

You won’t believe the shocking effect you have on the men in your life.

Here’s a video I discovered that shows you exactly what I’m talking about: