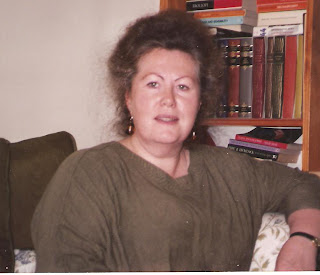 I’m delighted to welcome long established writer and RNA member Jenny Haddon to the blog today. Jenny says she comes from a long line of agricultural labourers and con men. She’s not sure where the con men came from, but that's the trouble with con men. She was encouraged to love books by her parents. Her mother introduced her to Jane Austen and 'Gone With the Wind'. Her father to Dickens. She found Shakespeare for herself. The local library was just five minutes walk away and by the time she was ten, she was a twelve book a week girl. Given a following wind and the electricity bills paid, she still is.

What was the first thing you ever got published and did it help to launch your career?

The first thing I got published and paid for was my first Mills & Boon, To Marry the Huntsman.

As Sophie Weston you have been published in 26 languages with Harlequin. What would you say is the magic ingredient of your books which makes them so successful?


I don't know about magic. I think I've been very lucky. The readers who write to me say they like the characters and the sense of a real world, often one they don't otherwise know about. And usually there's a funny bit in there somewhere.

I believe you have recently published under a new name. Why the change, and what inspired you to write this book? 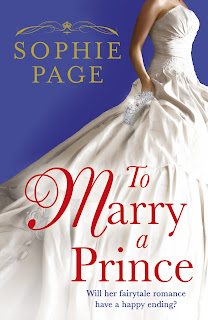 Last year Random House asked me whether I fancied writing a book set round the wedding of an imaginary British royal prince and imaginary ordinary girl. As soon as I started to create an alternate reality royal family (descended from the Prince Regent's daughter, Princess Charlotte) I was hooked. TO MARRY A PRINCE by Sophie Page was the result. 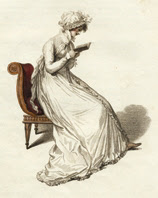 Which author has most influenced your work, and why?

Shakespeare, Jane Austen, P G Wodehouse – I think because they write this gorgeous limpid prose, where you can hear the voices, not just read the ideas.


You seem to be very versatile in your writing, moving from romance to short stories, and also a guide on punctuation. How did the latter come about? 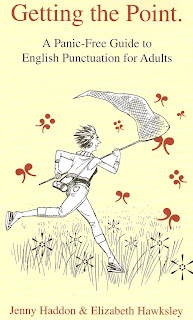 It was really my collaborator Elizabeth Hawksley's idea. She taught adults, all of whom struggled with punctuation. One young woman told her she thought you scattered commas around a piece of prose for decoration, like pepper on pizza. Then I had a young friend who asked me to explain all the different sorts of pause indicators. His passion was cars. So the Learner Driver's Guide to punctuation was born and the Haddon Hawksley collaboration was up and running.

It can’t all be kisses, so how important is it for a writer to understand how people tick in order to be a good writer?

I don't think you need a degree in psychology but I do think a writer needs to relish the fact that people can think and feel mutually exclusive things at the same time and yet still tend to be pretty consistent in their behaviour.

You have been a long-standing member of the RNA, serving on the committee for a number of years. What would you say is its continuing appeal in this digital age as the publishing industry goes through a revolutionary change?

Actually, I think I have only kept up as well as I have with the digital age because of the RNA. First of all we had applications for membership from people published by e-publishers, and we had to work out a reasonable way to differentiate real publishers from the scammers and lunatics. I did a lot of research into that. Then, there was your own talk, Freda, at Caerleon about bringing your own books to e-book publication. It's entirely because of you that I hope, very soon, to be bringing out e-book versions of novels which have previously only had very small circulation in the past. I think the RNA's appeal is all that shared knowledge across a huge spectrum of interests, not just literary ones. And the support of people who have gone through the same writing ghastlies as you have. And the parties.

Happy to help as we're all in this game together. What’s the worst mistake you ever made as a newbie writer, and so wish you hadn’t?

Sold the copyright of a novella to a publisher. I wasn't even that much of a newbie, either. I still jump and swear if the memory sneaks up on me unawares.


If you could have the best seats to any event for free, which would you choose?


And finally, do you still have an unfulfilled ambition?

I want to publish the sequel to TO MARRY A PRINCE, which I should be able to do. And GODS OF LOVE AND WAR, the book of my heart, which I just might. And sing properly, which I never will. 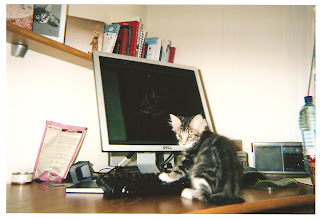 Thank you for finding time to talk to us today. We wish you every success with your books.
Perhaps helped by your personal assistant presumably writing Kitten on the Keys.
Kind regards,
Freda

You can find out more about Jenny here:
http://www.sophieweston.net/

Interviews on the RNA Blog are for RNA members, although we do occasionally take guests. If you are interested in an interview, please contact me: freda@fredalightfoot.co.uk
Posted by Freda Lightfoot at 5:54 PM

Thanks for the insights, Jenny - your books never fail to make me feel good, even when I'm reaching for the tissues! And of course the punctuation book never leaves my desk for fear of a semi-colon meltdown.

Thank you for the insights into your writing. What a range of work you have covered. Thank you also for your tireless work for the RNA. i hope you achieve all your current ambitions and find a few more to follow.

Wonderful insights into your writing and lovely article. But I must get hold of the punctuation guide. Mine is , wsell, lacking!

Good interview, Jenny. Now get on and finish that sequel, please!

Thank you Louise. So glad my books hit the spot for you. Must say I'm pretty committed to Happy Ever After

Thanks, Beth, I'm certain there will be more ambitions-- one of my besetting sins is chasing new hares.

Carol, I think there are some copies of Getting the Point still on Amazon, although it's just gone out of print.If not email me. I still have a few.

Yes, Jan, ma'am. Whatever you say, ma'am. Will George's story do you? I've got an outline, a heroine and a helicopter. Now all I need is the time . . .

Well, you know how I feel about it. I shall have to go and re-read To Marry a Prince, now, and possibly raid my shelf of Sophie Westons. And I, too, have Getting the Point on the desk. Also the occasional cat.

Lovely interview Jenny. I bought Getting the Point at the RNA conference in Greenwich-used it for reference recently when wanting to check up on semi-colons! Best of luck with the sequel to To Marry a Prince.

Such a talented lady! Good post, Jenny, thank you for sharing so much information with us. I've got the point, married the prince, enjoyed lots of HEAs with you and now await your next book (and maybe the book of your heart sometime?)

For some reason the link to sophieweston.net isn't working for me: I keep getting a "not found" error. I can't work out why, though, because when I copied and pasted the address into the address bar it works perfectly.

Thanks Jenny, for an interesting range of answers.
Getting the Point is right here within reach!

Lesley, there will be some out of print Sophie Westons in e-book form soon, I promise.

Anita, those semi-colons are a bitch, aren't they? Check with GETTING THE POINT myself sometimes. Well, you can't remember everything all the time, can you?

Melinda-Sarah, Liz, Jan, Jean - thanks for the encouragement. It really fires me up.

I am dying to read a sequel to To Marry a Prince!

I'm desperate for the sequel to TO MARRY A PRINCE - I loved it! Please write, Jenny - fast! Great interview, looking forward to all your ebook manifestations.

Oooh, a sequel to "To Marry Prince".... Can't wait for that one. Absolutely love your alternative royal family. That's the beauty of fiction - we get to make things up.

'a twelve book a week girl' - heh, that was quite a habit, Jenny! Great interview and agree with the general sentiment that you need to get cracking on the To Marry a Prince sequel. And can I put in an extra request that it come with an equally lovely cover, please?

From your #1 fan across the pond - lovely interview - apologies for late jumping on the reply wagon. Jenny, you know I adore your characters - in fact, I'm in the process of ONCE AGAIN re-reading THE ENGLISHMAN'S BRIDE. I do believe I'm close to owning every book you ever wrote. Hurry up with that sequel to TO MARRY A PRINCE.