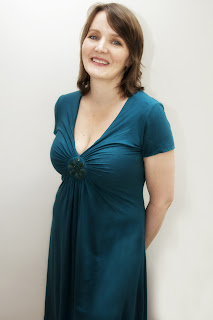 USA Today bestselling author Heidi Rice is married with two teenage sons (which gives her rather too much of an insight into the male psyche). She also works as a film journalist. She loves her job because it involves sitting down at her computer each day and getting swept up in a world of high emotions, sensual excitement, funny feisty women, sexy tortured men and glamorous locations where laundry doesn't exist ...

Welcome to the blog Heidi, do tell us what made you want to write and how you got your first break?

I have always loved reading romance and would often make up new scenarios for the characters (usually involving extremely tortured pasts for the heroes) while reading other authors books, then it suddenly occurred to me maybe I should just try writing one myself . I love writing sexy, sassy, contemporary romance with alpha heroes and heroines and lots of sparky dialogue. I got my first break through the RNA New Writer’s Scheme. I went through it twice and on my second go got my ms sent to Bryony Green, the senior editor of the line I now write for (Mills and Boon Riva).

What was the hardest challenge for you in getting published? 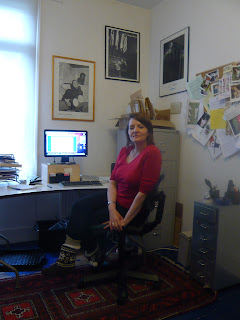 Dealing with rejection and just finding the time to write – which is hard to do when you’re not making money at it. Also learning the craft, but I’m still doing that.

Without a doubt Nora Roberts. I adore the simplicity of her writing, the strong emotional content and her sharp, funny dialogue. But I’m also a huge fan of Jenny Cruisie, Susan Elizabeth Phillips and Linda Howard so they’ve influenced my writing in a big way too.

What makes for a really strong romance novel in your view?

Super-sexy heroes, heroines that stand up for themselves (even if they’re shy and retiring types), strong emotional conflicts, and lots of good dialogue. Once those criteria are met I’m happy to read within any genre (am currently tripping on Diana Gabaldon’s Outlander series I love it so much)

Sometimes I think of an opening scene then jump in from there – a couple having a fender bender in Camden, a reporter hiding out in the hotel room of a best-selling novelist, etc – then I think about who these people are, why they’re there, what their conflicts are. Or I might use characters who have appeared in previous books. The heroine of my latest book ONE NIGHT SO PREGNANT was the heroine’s best friend in THE GOOD THE BAD AND THE WILD. The minute she starting giving the hero a proper telling off in that book, I knew she needed a hero of her own.

Do you take advice before sending your baby out into the wide world? If so, who from?

No, that’s the luxury of having an editor IMHO… And in the end she’s the one I’ve got to sell the story to, so I don’t see the point of getting anyone else to critique it (usually what she’s got to say is deflating enough). That said, prior to publication I got as much informed feedback as I could.

If your book were ever filmed who would you choose for the hero and why? 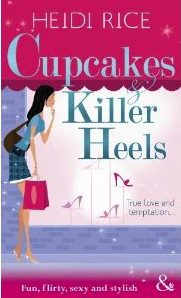 I’m leaning towards Noah Mills for Nate Graystone at the moment, but only because I’ve already cast Henry Cavill (in the fantasy film of my Riva Relaunch title CUPCAKES & KILLER HEELS). Of course Noah’s a model, but then if I got to meet him on set I’m sure I could totally live with the little problem that he can’t act.

Tell us about the most embarrassing date you’ve ever been on?

When I was 16, a guy took me to see one of the Death Wish movies (on a first date!). I nearly vomited during the rape scene while he was trying to cop a feel then had to slap him… Needless to say he is not the man I married.

What is the craziest ambition you would most like to fulfill?

To be in a Sean Penn movie…. In This Must Be the Place I am the denim-clad bum reflected in the freezer cabinet in the supermarket scene. Frankly, I think it may well be the only Oscar-worthy bum cameo in movie history (well apart from Pierce Brosnan’s naked butt in The Thomas Crown Affair, of course)

My hero Zane Montoya is a stop-traffic-gorgeous-Mexican-American Private Eye working in Big Sur, California. My heroine, Iona McCabe, is the feisty Scottish lass he catches trying to break into the motel room of the con-man he’s been busy tracking for six months…. It’s not a mystery btw, just in case you were wondering. Although I’ve just had fairly massive revisions on it, so it is turning into a bit of a nightmare! 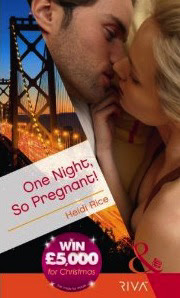 What to expect when you’re unexpectedly expecting.
Shock: Telling a gorgeous (almost) total stranger that he’s going to be a dad is never easy!

Cravings: The instant chemistry that catapulted Tess Tremaine into the wildest night she’s ever had isn’t going to just go away— and no one says no to Nate Graystone when he’s determined to be involved….

Hormones Gone Wild: Surely that’s the only reason she’s failing to keep Nate out of her bed, out of her mind…and why she keeps wanting more from the most unattainable man she’s ever met?

Thank you for sparing time to talk to us today, Heidi. We wish you continuing success with your books.
Best wishes, Freda

Love your books and the US readers of ONE NIGHT, SO PREGNANT certainly seem to be lapping it up!

Some guys are so unromantic, it's unbelievable. Would have served the "cop a feel" guy right if you really had hurled in his lap. Good luck with your latest book!