What the RNA has meant to me 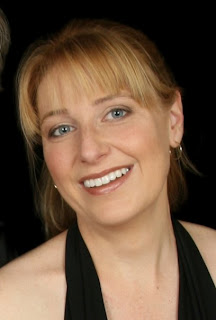 Aside from making loads of friends, both virtual and real, and the chance to attend two amazing conferences, the best gift I received from the RNA releases this week.

I joined the New Writers’ Scheme in 2009 and 2010. The first year, I polished my submission and mailed it off with plenty of time to spare. The second year, I was still writing the first draft days before the deadline! It was a light and frothy historical novella and in spite of the mad rush I was pretty pleased with it.

But when the reader’s comments came back, laced with compliments but pointing out that the story lacked substance, I was forced to dig deeper. The result of the reader’s invaluable comments is An Innocent Abroad. It’s still a light, gentle story, but with a great deal more depth, and so much improved thanks to the NWS that my editor at The Wild Rose Press made very few changes between the draft I submitted and the final version that went on sale earlier this week.

Getting less-than-pleasant feedback is hard. But taking that feedback, and using it to turn your story into something you know is so much stronger and better, is an amazing feeling – a feeling that I hope every graduate of the RNA’s New Writers’ Scheme will share.

And since imitation is the best form of flattery (and since I’m envious of all those living in the UK who are able to take full advantage of all the RNA has to offer) a few friends and I have started ROSA – the Romance writers’ Organisation of South Africa. We’re still new and small, but if we can help romance authors just one tenth as much as the RNA has done, I’ll be really happy.

So I’d like to ask all the RNA members out there – what does the RNA mean to you?

(PS: For all those lucky enough to be attending the Winter Party, spare a thought for those of us who, though we might have sunshine, don’t get to don our glamorous shoes to join you.) 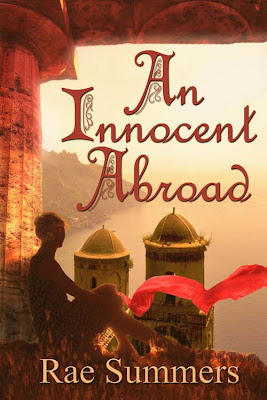 An Innocent Abroad is a coming of age story set on the Amalfi coast of Italy in 1922. Isobel is a young English woman sent to visit cousins in Italy for just one reason: to catch the eye of their wealthy and eligible house guest. But the man who awakens Isobel's passion is not the respectable British aristocrat – it is local Italian Stefano, an enigma who doesn't fit any of the "boxes" she's been taught to expect.

This novella is Rae Summers’ third. Let’s Misbehave and Dear Julia, both set in England in the 1920s, are also published by The Wild Rose Press and are available in all major online retailers. You can find out more about Rae at www.raesummers.com.

Amazon, Amazon UK and Barnes & Noble not yet available
Posted by Freda Lightfoot at 7:00 AM

I'd had no contact at all with any other writers when I first joined the NWS many years ago. Finding a whole community who shared my passion was amazing.

Lots of luck with ROSA.

And congratulations on the publication of An Innocent Abroad.

I love the sound of ROSA. What a great idea :)

Congratulations on An Innocent Abroad!

Congrats Rae, that was a lovely read.
Lots of luck with the book!

A visit to the Amalfi Coast in on my wish list so I love to read stories set there, historical or contemporary. Congrats on the release, Rae :)

Good luck Rae - I love the cover! I'll download it tonight - I feel like a good read! Caroline x p.s good luck with ROSA as well!)

I loved reading about your path to publication, Romy, and what a lovely cover! I don't think I would ever have completed my first two novels (the first of which found a publisher) without the NWS. Great idea to start a group in SA - all the best with it.

I've read this one, and can testify to it being a great, romantic read. I also got my start from the RNA NWS, with both of my NWS manuscripts being selected for publication subsequently. I think it's a great scheme for all new writers - just remember to sign up quick!

I agree with Rosemary - it's a beautiful cover. Like you (and many others) I wouldn't have been taken on by a publisher without the NWS, and I can't recommend it enough to potential new members.
Good luck with the South African chapter. Even though I get to don my fab shoes (read: boots) this Wednesday, I still envy you the sunshine!

You are right about the disadvantages of being an ex-pat when it comes to book festivals and conferences. However I do love Italy!

Let me try this again.