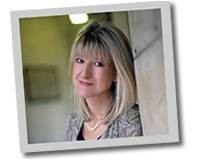 Janey Fraser is an award winning journalist and novelist who has contributed to numerous publications over the years and was a regular columnist for Woman and The Daily Telegraph. She has just been elected a Fellow by the Royal Literary Fund. Welcome to the RNA Blog Janey, writers are often asked where they get their ideas, so what excites you?

Tricky situations which my feisty heroines (and hero) have to extract themselves from. Conflicting emotions. Unexpected humour. Mixing of generations (our grandmother lived with us for many years so I adore older people especially if they’re a bit naughty as she was). Angst. Sheer joy.

Tell us something of the genre in which you write. What is its special appeal for you?

The Daily Mail described it as “Family Comedy with a meaty streak”. I love this genre because it allows me to explore all the things that can go wrong between people but also the funny side. For me, the great thing about writing in multi-viewpoint is that it moves the story along and allows me to cast my net more widely.

How did you devise the hero and heroine for your latest book?

There are actually two heroines: Bobbie, an exhausted mum with a trying mother who’s dating Dr No (parent guru to the nation) and Vanessa, a feisty young gran who ‘messed up’ with her daughter. Then there’s Andy, who throws up a highly paid job to be a househusband and run a parenting class, where he just can’t help falling for Bobbie. There’s a bit of me in all of them but, as with all my characters, they start to grow as I write. I have a big cork board, studded with magazine pictures that help me imagine what they look like and consequently how they might behave.

What do you have to say to critics of the chick-lit genre?

It’s a much broader church than some people think. Some chick-lit is light; some is heavier; and there’s quite a lot in between. Readers are entitled to choose what they want. It’s like criticising different types of yoghurt. What’s wrong with enjoying one particular flavour? Besides, anything that gets people reading must surely be a good thing.

You write under a pseudonym. What do you find to be the pros and cons for using one?

Hah! When people ask me what my name is, I have to stop and think. I used to be Sophie King until I changed publishers and even now, I still refer to it as I have a wonderful loyal fan base. I also write historicals, under my married name Jane Corry, for the French, German and Spanish market (“The Pearls” was number eight in Italy recently). The pros are that I can use my different names for the two different voices in my head: the contemporary and the historical. The cons are that I am constantly having to explain why. My latest answer is that an author only has two names. Published and Unpublished. In a changing world, one has to adapt. Luckily Janey is the name that close friends and family have called me since I was born, so I am more likely to turn my head now.

How much of a part does your camera and notebook play when doing research?

As a journalist, my notebook and I were joined at the hip. Now, I tend to have a special notepad for each novel but it’s not always around when I need it – especially when I’m dog walking and get ideas. So I use my mobile to leave a lot of answer phone messages on the home phone when I’m out. That’s why it’s always full.....On the camera front, I’ve begun to use it much more in the last year, especially when visiting National Trust homes as inspiration for my historicals. I’m forcing myself to be better with technology : my newish husband gave me a digital camera which I can actually work although having said that, I’m just wondering where I put the charger.....

I’ve just finished the first draft of the fourth Janey Fraser book which is being published next May. (The first two were called THE PLAYGROUP and THE AU PAIR). I’m a bit superstitious about telling people what my next book is about until it’s done and dusted. But I can say that this one is funny and meaty at the same time. It also has some of the major characters from my previous novels in it, although they play minor roles this time. It means I don’t have to say goodbye to them for ever…. 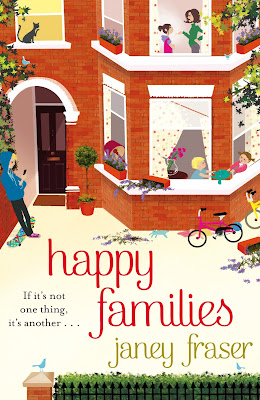 When Vanessa, Bobbie and Andy get together at the local parenting class at Corrywood School, their lives are set to change for ever.
All three of them need help. Fast!

Bobbie’s children don’t listen to a word she says and her workaholic husband is never home. Even worse, her mother is bringing a new boyfriend to visit: the notorious Dr Know, who dishes out hard-line parental advice to the nation. Can parenting classes save Bobbie’s bacon, not to mention her marriage? And what do you do when your mother is about to marry a man you hate?

Meanwhile, Andy’s wife has been asked to run a parenting class at the local school. But when she scarpers, he’s left to run it himself and look after their two teenage daughters – who aren’t as perfect as he’d thought. When one of his childhood enemies signs up for the class, Andy is forced to confront the demons of his youth. The poor man needs a shoulder to cry on. Who better than Bobbie, his wife’s sister in law?

Enter Vanessa, a sparky young gran who’s found a new lease of life through her second-hand designer shop and internet dating. Her life is definitely on the up; especially when she meets Brian who might just be the One. But then her six-year-old granddaughter is deposited on her doorstep along with a message from Vanessa’s estranged bohemian daughter. “Please bring up my child” begs the note. This time, she’s determined to get it right, whatever the cost...

Is there really an answer to raising a happy family?

Thank you for sparing time to talk to us today Janey. We wish you continuing success with your books.
Best wishes, Freda