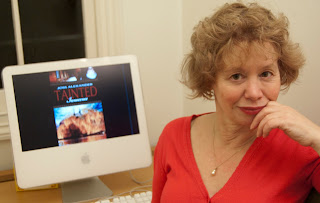 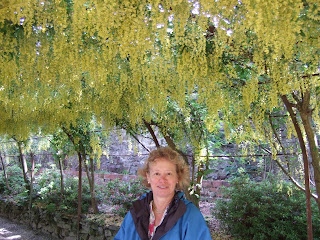 Today, we welcome debut author, Joss Alexander, to the blog.


Joss won a poetry competition in a national newspaper when she was seven. She says, ‘It sounds impressive, but I was living in Southern Yemen and the Crater Times didn’t exactly have a mass market circulation.’ Joss has been writing ever since, at the same time as pursuing careers as a teacher, editor, and ‘jet-setting professional beggar’. She’s had six non-fiction books and many short stories published, and won several competitions, including First Prize in the International Daphne du Maurier Short Story competition. Tainted Innocence, a romantic mystery set in Tudor England, is her first novel. 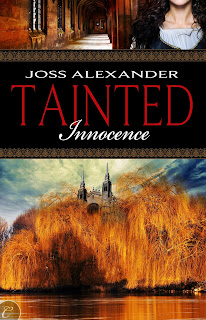 England, 1524. In Cambridge, the College of the Young Princes brings together all manner of people—with all manner of secrets. Among them is Bryony, an illiterate laundress and a stranger to the town, who lives in constant fear that her unusual upbringing and lack of friends will leave her vulnerable to accusations of witchcraft.

When Matthew Hobson, a scholar at the college, is found murdered and wrapped in linen that Bryony lost, she immediately becomes a suspect. But she is not the only one. Luke Hobson, a taciturn local tradesman who has sacrificed much for his charismatic but selfish brother, also has motive for the murder.

With the university authorities eager to solve the crime, outsiders Bryony and Luke are forced into a wary alliance, knowing they have to track down the killer if they are to escape hanging. But can they trust in each other’s innocence—and the growing attraction between them—in order to uncover the truth?

Joss, tell us about the novel that has put you on the short list for the Hessayon Award, and how you got the idea for it?

I adore books, and to be prevented from reading them, either through blindness, as was the case with my mother, or through a lack of education, which is still happens in many places today, is terrible. Can you imagine desperately wanting to be able to read, but being denied the opportunity to learn, simply because you are poor and female? That frustration was the starting point for my romantic mystery novel, Tainted Innocence, set in the very heart of learning, the ancient University of Cambridge.

You write historical romance, so what is it about the Tudor period that particularly inspires you?

I love the Tudor period of history in Britain; it’s such a rich, dangerous and voluptuous time, with so much happening in literature, architecture, food and politics. What really intrigues me, though, is exploring what life would have been life for those people who were not ‘the great and the good’. That’s why I chose to make my heroine an illiterate laundry maid and my hero a hard-working carter, struggling to keep his business afloat.

Cambridge Writers and the RNA New Writers’ Scheme have been brilliant in encouraging my writing and giving me very useful feedback. Without the RNA NWS I may not have achieved publication and it was wonderful to be shortlisted for the Joan Hessayon New Writers’ Scheme Award. However, the first person to read my completed draft is always my daughter. Whether it’s an opinion on your clothes, the food you have cooked or the novels you have written—daughters have a knack of giving you the unvarnished truth, whether you want it or not!

How did you devise the hero and heroine? Do you plan bios before you start or let them evolve as you write?

I live in Cambridge, and wandering through the narrow streets and by the willow-fringed river Cam, I seem to encounter those who lived here in years gone by, and they bombard me with their stories. Walking my dog one day over the fen, I came across an ancient, deserted orchard and I had the strongest feeling that a girl had lived there in a cottage, centuries ago. That's how I met Bryony, my heroine. Another day I followed the stream near my terraced cottage to its source - the quiet magical wood where the Nine Wells bubble up from the earth. I discovered Luke Hobson was walking by my side, dark and troubled, a man who has learned from bitter experience to trust no one, and is angry to find himself attracted to a gypsy girl who is prepared to steal and lie in order to survive. What else, he wonders, is she prepared to do? Luke Hobson was inspired by Thomas Hobson - of 'Hobson's Choice' fame - who lived in Cambridge some decades later than my tale, and the stream that I followed is now known as Hobson's Conduit. Luke and Bryony feel so real to me, I often wonder if they really existed in the past.

My day job is also writing—anything and everything! Articles on health and on travel, websites on subjects as varied as medical instruments, fertilisers and the ash dieback disease, restaurant and film reviews, and brochures for universities, museums and charities. Oh, I’m rather good at eulogies too…

Read it out loud. Ow! You really wince as you hear the words and phrases that jar. I’ve just been redecorating a bedroom, and whilst doing so, I listened to the Audible version of Tainted Innocence before going back to edit the first draft of the sequel. That was brilliant, because to hear somebody else read your work gives you a completely fresh insight into it, and you learn about what works for them and what doesn’t.

If you could slip into a time machine and meet a famous historical figure from the past, who would you choose and why?

It would have to be Shakespeare! Maybe some of his genius would rub off on me. Second choice would be John Donne — sexy and good with words.

What a tough question! Perhaps The Lion, the Witch and the Wardrobe by C S Lewis. I loved the Narnia series as a child, and enjoyed reading them to my children when they were little. I’ve still got my original versions with the pages falling apart. For me, those novels represent the wonderful escapism that reading can provide; that feeling of participating in another world is one that I strive to achieve in my own writing; I would love to give my readers the gift that other writers have given me. Another favourite book, also much read and also falling apart, is Devil’s Cub by Georgette Heyer.

‘Escape to and write’ is an oxymoron for me. I write best in my miniscule study at home. I need somewhere without a wonderful view. If I am looking out at a lovely landscape, I want to be outside, not inside. So a sky full of dreary rain is best; that way, imprisoned inside, I retreat to the world that I create.

I have just finished writing the sequel to Tainted Innocence, which is also set in Tudor Cambridge, and which continues the stories of several of the characters. They just refuse to be quiet—they all have such fascinating tales to tell, they aren’t done with me yet!

Thank you for sparing time to talk to us, Joss. We wish you every success with your books.

Interviews on the RNA Blog are carried out by Freda, Henri and Liv. They are for RNA members, although we do occasionally take guests. If you are interested in an interview, please contact: freda@fredalightfoot.co.uk


Posted by Isabella Connor at 8:30 AM

Great interview Joss! I really enjoyed 'Tainted Innocence' and am looking forward to the sequel.