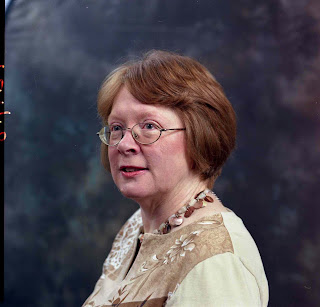 Today we welcome Anne Stenhouse to the RNA Blog. Anne has been a shop assistant, factory worker, civil servant and addictions’ worker. She lives in Scotland, enjoys dancing and has tried Highland, Scottish, English, Ceildh and ballroom with varying levels of success. She joined NWS in 2007 in order to discover why her earlier novels were unsalable. Do tell us what made you want to write and how you got your first break?

Having left work on maternity leave, I decided my daughter was too delightful to give up to someone else to look after and so needed to replace the intellectual stimulation (small babies mostly sleep a lot). My first break was from DC Thomson who published a short story. What would you say are the major influences on your work? In subject matter, I return to women’s lack of equality at various times and like a good spat between two strong central characters. I enjoy Jane Austen, Georgette Heyer, Susan Ferrier and our own Louise Allen.

Some writers need silence, others prefer the bustle of a coffee shop. What is your favourite mode of working?

My absolute favourite is in my room with my lap-top at the right level and the lights in the right places. I can write anywhere when necessary – effect of rehearsal changes probably.

Do you plan the story out in detail before you start or let it emerge as your write?

There’s usually an opening scene in my head which will be strongly connected to a place, a vague idea of where that might go and the end I’d like to happen, although all of that sometimes changes. The story generally emerges as I hear the characters talking.

Have you ever suffered from writers’ block, and how do you deal with it? 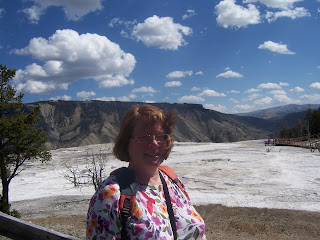 I think not the real, crippling I can’t think of a word ever again, type of writers’ block. That must be a devastation when it happens. When I cannot find the next scene, I wait because I’ve learned that’s when my brain hasn’t sorted out stuff subliminally and it will come. When I cannot think of something to write about, I might pick up a pen and paper and start writing whatever comes – a sort of pump priming exercise.

Were you in the NWS before getting published, and did you find it helpful?

YES and YES. It has been my biggest help in moving from drama to prose with dialogue. I had five reviews – more than some people and fewer than others. They were each a mine of assistance and clarity. May I offer a big thank you to my readers. MARIAH'S MARRIAGE was one of the bumper crop of 2011 going onto publication, and is on the list of Joan Hessayon Award contenders for 2013.

I read so much from the family bookcases. I know I didn’t like Fairy Tales all that much because even as a youngster, I sensed the underlying cruelty in many of them. The Snow Queen terrified me. By S1 it crystallises into things like Anne of Green Gables (red-haired chatty child) and The Wind in the Willows (such a wonderful flight of imagination with superb drawings as well). I also always read a lot of non-fiction, even from the P7 library boxes.

Which authors do you choose to read for pleasure now?

Can you tell us a little about your work in progress?

There’s one novel out for consideration. It’s set in Edinburgh around 1826 and follows the fortunes of an architect hero and an earl’s daughter. Its theme is the devastating effect of gossip and it began life in the New Voices competition. Just starting is a novella about two of the characters from Mariah’s Marriage. 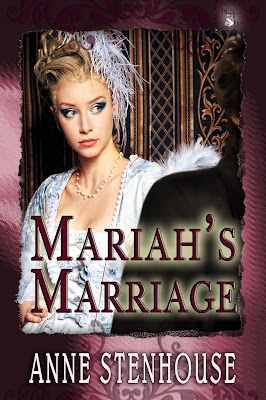 Leaving the chapel in London’s 19th century Thames’ side where she teaches the alphabet to a raggle-taggle of urchins, Mariah Fox is charged by a stray pig. The quick intervention of Tobias Longreach saves her from certain injury. Mariah has always believed her destiny to be teaching. After the early death of her mother, she was brought up by her papa, Jerome, to believe she could learn anything a boy could. She shares his vision of a future in which everyone, rich or poor, boy or girl, will be taught at least the rudiments of reading, writing, and counting.

Tobias was brought up a second son, but following his elder brother’s premature death, inherits an Earldom and the need to provide it with an heir. He comes to believe that Mariah will make a perfect countess and enrols her papa’s help in securing her hand. However, Sir Lucas Wellwood, whose debts have made him urge his sister to attempt to trap Tobias into marriage, has sinister intentions. Mariah suspects Wellwood has been mistreating his sister and she heads off impetuously to rescue her. Will Tobias and his friends reach Wellwood’s home before he can exact revenge on Mariah?

Muse it Up Publishing

Find out more on Anne’s Blog

Thank you for sparing time to talk to us today, Anne. We wish you every success with your books. Best wishes, Freda

Interviews on the RNA Blog are carried out by Freda, Henri and Livvie. They are for RNA members, although we do occasionally take guests. If you are interested in an interview, please contact: freda@fredalightfoot.co.uk

Good Morning Freda, thank you for interviewing me. It all looks good. I'm a bit in awe of the distinguished company but that mixing of folk at different levels is one of the really nice things about the RNA. Thanks. Anne

Great interview, Anne, and I wish you every success with the book, and the many others still to come.

Good luck with the new book, Anne. I'm looking forward to reading it!

Anne - I loved Mariah's Marriage and it was good to read 'behind the scenes' here.

Jenny, thanks. I hope you enjoy. Anne

Kate, thank you for everything. Anne

Rosemary, thank you for the good wishes and also the good advice.

Lovely interview, Anne. I liked your list of favourite authors very much! Best of luck with Mariah's Marriage

What a super and inspiring interview. All the best with Mariah's Marriage, Anne!

Hi Helena thank you. I do think Anne of Greengables appears on many lists. The original feisty heroine? Anne

Hullo Janice, thanks. The interview was fun to do. Anne

Crossing my infers for you for lots of sales! Congratulations anne x