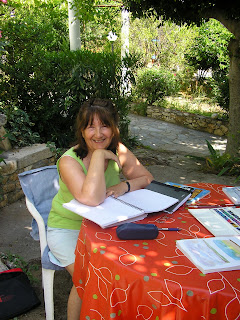 Leah Fleming was born in Bolton. She has published 16 novels. Shortlisted for RNA awards in 1998 as Helene Wiggin and 2010 for Remembrance Day. The Captain’s Daughter won the Premio Roma Award for Foreign Fiction in Rome 2012 under the title: La Strada in Fundo al Mare.

I know that your latest book The Girl Under the Olive Tree is one close to your heart. Tell us what inspired you to write it.

It’s lovely to be here again with a chance to talk about my latest book. This is the story I once jokingly called: Captain Corelli meets The Island. It’s been ten years in the making born out of our very first visit to Crete and discovering its wartime history. Once I found out some of the true stories I was hooked.

So how did you set about the research?

Researching, of course was really hard work. It meant lazing under the olive trees sampling fresh figs and apricots, sipping ouzo in Chania Harbour dreaming how it might have looked all those years ago, reading every military tome on the Battle of Crete known to man and learning some Greek. Plus it’s so hard having to live there in the sun for five months making sure to get the locations correct... Seriously it was a labour of love. We worked as tour guides in the little Synagogue in the city steeping ourselves in the Jewish history that is an important part in the tragic history of the island.

This is quite a complex story based on a true event, did you do much planning before you started writing?

I don’t start writing until I feel sure all the research is composted in my head but I had to keep a strict map and timeline of real events as this is the back bone of my imaginary narrative.

Which would you say is your favourite character in the book, and why?

My favourite character is Rainer Brecht, the German officer. I found researching him very revealing and challenging. He is a sympathetic character but a soldier of his time with complex motives and passions. He also is making his own pilgrimage back to the island in search of peace in old age, having to come to terms with what atrocities were done there.

I rather liked him too, and really do hope he keeps that promise he makes. Which did you find the hardest part of the novel to write, and how did you get through that?

The hardest part to write was the round up of the Jews in June 1944. Using eye witness accounts and by now knowing where each family lived and worked in the Jewish quarter, I had to relive this and imagine the terror of their fate as best I could. The fact that the restored Etz Hayyim synagogue remembers its lost community each year and being present at these memorials, helped me tell their tragic story through the eyes of one imaginary family.

The story is set in two time periods, do you write first one then the other?

The story being in two time periods wasn’t a problem to write. I took my characters round NW Crete as if they were on holiday but at every significant place that triggered off a memory, we slip back into past time. So you also get a mini tour of interesting parts of Crete.

I believe you won an award for your last book: The Captain’s Daughter, do tell us how that came about.

Winning the Premio Roma Award was great fun. I was invited to the Italian Ambassador’s House in London for a gala evening and told I was shortlisted. We were flown to Rome, wined and dined in great style and chauffeured to the ceremony unaware that I had won. I was seated alone wondering why I was here when suddenly TV cameras zoomed in on me. I was whisked off for interviews knowing I would have to climb the podium of the amphitheatre to receive statues, plaques and flowers but as I was rising up I tore one of my tights into a great hole. So it was a dash to find a loo to strip them off and reveal my pasty legs to the world. I had to make a speech with no Italian to a live broadcast. A night to remember indeed! So what next?

Can you say something about your wip?

Look out for The Postcard, out next year. It’s the story of four generations of a family who are linked by a mysterious postcard. Thank you for inviting me again. 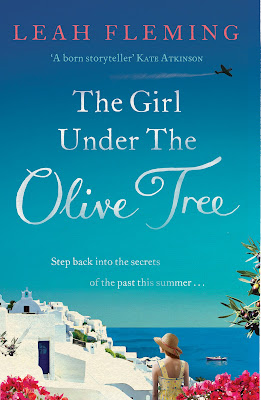 “The Girl Under The Olive Tree” is out in paperback on June 6th 2013 ( Simon and Schuster). It tells the story of a British woman who returns to the island in 2001 reliving her wartime experiences. Alongside a Jewish nurse she met in Athens, Penny found herself stranded on Crete during the battles of 1941. Both hide with resistance fighters during the 4 years of occupation to face danger and separation. This emotional return is a holiday journey with a difference for an old woman with a secret past.

Thank you for sparing time to talk to us today. We wish you continuing success with your books.
Best wishes, Freda

Interviews on the RNA Blog are carried out by Freda, Henri and Livvie. They are for RNA members, although we do occasionally take guests. If you are interested in an interview, please contact: freda@fredalightfoot.co.uk

What a fascinating story. It makes me want to rush off and sit under an olive tree. I look forward to reading the book.

Thanks Frances. We missed you on Thursday. Leah

Lovely interview! Feel like I've just had a Cretan mini-break. Fingers crossed it does well - it deserves to.

Thanks Julia. Can't wait until August to see it for myself. Lxx