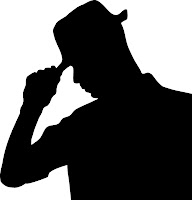 Robert Fanshaw is a barrister specialising in commercial law. He started a blog when his wife Caroline was away on business trips and it became the on-going story of the dilemma faced by many working couples today - how to balance the competing demands of work, marriage, and supporting a football team.

Shameless Ambition is, I believe, your debut novel. Do tell us what made you want to write, and how you got your first break?

Writing is an essential part of my job; the side that wins is the one that tells the most convincing story. When Caroline started telling me about the people she met in Frankfurt, I realised I would need a fictional vehicle because no one would believe it. Shameless Ambition was much more fun to write than my case file notes. It was not meant to be published; it was insurance that Melody Bigger would not blacken my wife’s reputation. I looked for a publisher when Melody went public, to put Caroline’s side of the story.

What do you think was the special ingredient which caused it to be picked up?

I think it is the fascination we have with watching other people make small mistakes that lead them into big trouble. Women readers say they feel a connection with Caroline’s flawed decision making. It’s full of action, and, despite the terrible behaviour of businesspeople, bankers, and politicians, humorous. It’s also rather sexy in places, so ideal material for an e-reader.

As a busy lawyer how do you manage to find time to write? Tell us about your work schedule.

I think being a barrister is like being in the army. Nothing happens for long periods of time then all hell is let loose. The idea is to keep things from reaching court, but I’m delighted when they do because so much time is wasted and I can tap away in the room provided for counsel, apparently hard at work. I also have an e-Agent, Ajay, who does editing and promotion for me. That’s his picture – I prefer to remain in the background.

The pseudonym you use is also the character of the book, what gave you the idea to use that method?

It does get a little complicated. I use a pseudonym because my colleagues already call me ‘that lazy b******’. And I changed most of the names in the book because I don’t want to attract more work for the legal profession. But Caroline is really called Caroline; I can’t think of her by any other name. And I meant to change Antonia Anderson’s name but the ‘find and replace’ missed her nickname, Toni, and her real name went back in on the final edit. I blame Ajay.

How much do you plan before you start, or do you write by the seat of your pants?

I write a book like I prepare a case. I collect all the evidence – phone calls, emails, video clips – and conduct interviews with the major protagonists if possible. I cross-examined Caroline forensically, but had to use my imagination in the places where she refused to go into details.

How did you hear about the RNA, and has it benefited your career?

I heard about the RNA from my publisher, Steam eReads, who have been fantastically supportive. Since my book was published, I have learnt something new every day, and am looking forward to absorbing more from the incredible talent and experience contained within the Association. Like some other writers I know, I want every book to be better. 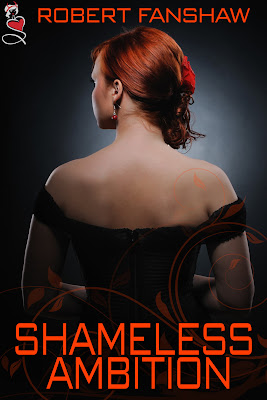 High-flying executive Caroline and barrister Robert have been married for three years, and the demands of work have left little time for their relationship. Caroline is angling for a promotion, which will mean spending more time away in Germany. On a management development course in Spain, Caroline is tempted into indiscretions with some of her colleagues, a fact that is noticed by course leader and former chief executive Melody Bigger.

As Caroline is drawn into a seedy world of private parties for bankers and politicians, she soon realises she has damaged her reputation and her marriage. How will she ever be able to face her colleagues and her husband again?

Interviews on the RNA Blog are carried out by Freda, Henri and Livvie. They are for RNA members only. If you are interested in an interview, please contact: freda@fredalightfoot.co.uk