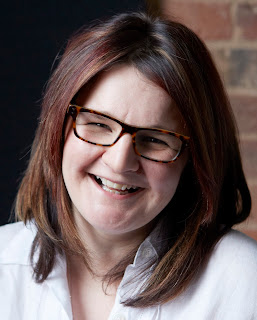 Tracy Bloom started writing when she moved temporarily to the USA with her husband's job. She enrolled in an evening class and began work on her romantic comedy, NO-ONE EVER HAS SEX ON A TUESDAY, writing mostly during her son's afternoon nap. She acquired an agent who secured several foreign rights deals but never managed to get a deal with UK publisher.

Back in England Tracy decided the time was right to self-publish and her novel was released on Amazon in April 2013. During June it was the #1 Best Selling e-book for three weeks gaining over a thousand reviews. Tracy has since released her second book, SINGLE WOMAN SEEKS REVENGE, which so far has achieved the #2 ranking.

Welcome to the RNA Blog Tracy. How frustrating to be published elsewhere but not in your home country. Would you say you always wanted to be a writer, or did it happen by chance?

It was never a dream as a child. I grew up a farmer’s daughter and encouraged to be much more practical about career aspirations! As an adult however I think it was always at the back of my mind but until someone asked me when I was in my early thirties what I would do if I could do anything, I’d never articulated it. That was a turning point. It was out there. I’d said it out loud so suddenly I did have a dream and eventually I beat a path to realizing it.

In what way has your childhood influenced what you write?

I grew up on a farm and that very much influenced me towards writing humour. Farmers are the most witty, sharp mickey takers I know. Being surrounded by that on a daily basis as a child I soon learnt the only way to get any attention was to be funny. The other thing I would like to say is that living on a farm my parents were always too busy to read to us and yet I grew up to love books and became a writer. I say this because I think parents today are put under incredible pressure to provide every opportunity for their kids and made to think they will ruin their lives if they are not the “perfect parent”. My parents taught me many things that helped me achieve my dream such as a good work ethic, tenacity and honesty. They let me discover books for myself.

My husband is usually my first reader but I brief him very carefully on what type of feedback I’m after before he starts obsessing over commas. I also know him well enough to know when he’s talking utter rubbish! I do write from a male and female point of view so he’s great when I need to know how a man would talk about football for example. The words and phrases can be very specific I have discovered.

Food. Any food pretty much. Washed down with a nice glass of wine wherever possible and maybe some nice stilton and port to follow and then you clearly would need something sweet and chocolatey….see what I mean…..

What is the most embarrassing fashion item you ever wore?

I was an 80’s teenager so my wardrobe was one big embarrassment. I wore lace wrapped around my head during my Madonna phase complimented by white stilettoes and a fake gem encrusted white belt…nice!

Do you talk to your plants?

Plants don’t talk to me. I’ve tried but they have no interest in me whatsoever, preferring to whither and die. I can kill a cactus, and indeed have! 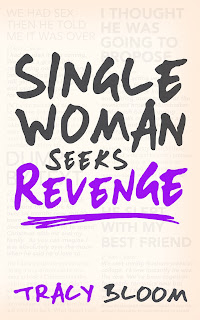 What do you do when you find your love-life in ruins? Get revenge on every man who ever broke your heart of course....

Suzie Miller, a disillusioned agony aunt, can't believe she's got dumped from a great height yet again so she decides it's about time she made all her exes feel the pain she felt when they carelessly cast her aside. Her methods are unusual but humiliation on a grand scale is no less than they deserve. Euphoric that she's finally stood up for herself she starts suggesting outrageous ways for her readers to deal with their relationship nightmares too.

Suddenly everyone wants Suzie's advice. Finally content with being single and enjoying her blossoming career it seems as though happiness is within her grasp. That is until a man gets in the way.

Thank you for sparing the time to talk to us today Tracy. We wish you continuing success with your books.

Best wishes, Freda
Interviews on the RNA Blog are carried out by Freda, Henri and Livvie. They are for RNA full members only. If you are interested in an interview, please contact: freda@fredalightfoot.co.uk
Posted by Freda Lightfoot at 8:30 AM