The Bicentennial of Pride and Prejudice

This year sees the bicentennial of Pride and Prejudice, probably the most famous and well-loved romantic novel of all time. 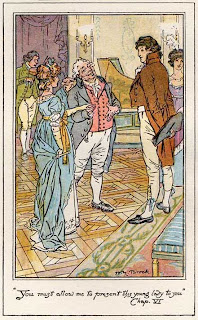 I remember the first time I read it at the age of thirteen. To begin with, I was convinced that poor but charming Mr Wickham was the hero. But just when I was sure he would somehow inherit a fortune and marry Lizzy, there was a brilliant twist in the plot and Jane Austen revealed that Mr Darcy was the hero and Mr Wickham the villain. Elizabeth was mortified at her mistake, but the estrangement between her and Darcy was complete. Yet despite all the problems, Jane Austen managed to bring them together again in a completely convincing and satisfying manner.

The book is so well loved it’s no wonder it has spawned many adaptations. Notable screen versions are the 1940 film with Laurence Olivier and Greer Garson; the 1980 BBC miniseries with Elizabeth Garvie and David Rintoul; the iconic 1995 BBC miniseries, which cast Colin Firth in the role of Mr Darcy and immortalised him the minute he stepped out of the lake in a wet shirt; and the romantic Joe Wright film with Keira Knightley and Matthew Macfadyen. 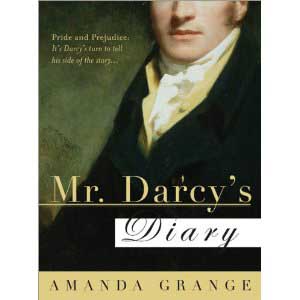 It has also inspired numerous novels, known usually as Austenesque fiction. My first Austenesque novel was Mr Darcy's Diary , which looks at Pride and Prejudice through the eyes of Mr Darcy. (The UK kindle edition is known as Darcy's Diary). I adored writing the book and readers took it to their hearts.

Other notable Austenesque novels by RNA members are A Weekend With Mr Darcy by Victoria Connelly, a contemporary novel about a lecturer who finds love at a Jane Austen conference; Lydia Bennet's Story by Jane Odiwe, a Regency romp about the youngest Bennet daughter; The Other Mr Darcy by Monica Fairview, matching Mr Darcy’s American cousin with the infamous Miss Bingley; and Miss Bennet and Mr Bingley by Fenella Miller, which explores Jane Bennet’s love for Mr Bingley.

Visitor attractions such as the Jane Austen Centre in Bath carry a wonderful range of gifts for the discerning fan; Lyme Park (the location used for Pemberley in the Colin Firth miniseries) has a wide array of Austenesque gifts and the Jane Austen House Museum attracts visitors from around the globe; showing that, two hundred years after it was first published, Pride and Prejudice is still as popular as ever. 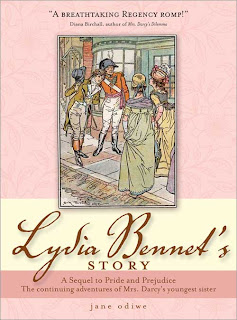 I sometimes wonder what Jane Austen would make of it all, if she could see how her book has woven its way into our hearts and our culture. And I also wonder what the next two hundred years will bring. Whatever new media are invented, I’m sure Pride and Prejudice will be at the forefront, inspiring passionate devotion in its audiences as it does today. Maybe some future member of the RNA will be writing a blog post (or twenty-third century equivalent) about the enduring appeal of Pride and Prejudice in another two hundred years’ time!

I think JA would have been amazed at the continued interest in her books, but not in the least flustered by it!