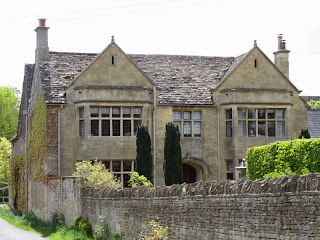 Could a girl born here, in the manor house at Fifield in Oxfordshire have journeyed across the ocean in Elizabethan times and found love here, on the Island of Roanoke, in the region then known as Virginia? I speculate that this might have happened in my novel ‘The Lost Duchess’ on the basis of one intriguing fact in the records concerning the first attempt to establish a permanent English colony in America.


There is an ‘Emme Merrymoth’ listed among the 17 women (two of them pregnant), and 11 children, who formed part of the expedition of at least 113 colonists in total which left England for the New World in 1587. That name intrigued me.


According to the historians nothing is known about her. But I discovered a ‘Merrymouth Inn’ in Fifield near Burford in Oxfordshire, a thirteenth century hostelry with a name deriving, via ‘Merymowthe’, from the Murimuth family who acquired the village of Fifield six centuries ago. There is little difference phonetically between ‘Merymowthe’ and ‘Merrymoth’ (and the Elizabethans didn’t care about spelling). Suppose Emme Merrymoth, one of the Lost Colonists, was descended from the Murimuth family… 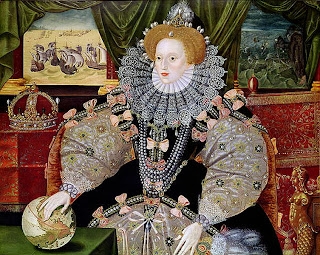 I had a great deal of fun building a character from this possibility. She developed into Emme Fifield, daughter of a minor baron, who becomes a ‘maid of honour’, or lady-in-waiting, to Queen Elizabeth I. Suppose Emme Fifield used her old family name to join the venture and travel incognito.

Why would she want to leave a position of privilege in the court of the Queen? Well, life for the Queen’s ladies was actually pretty harsh. They were at Her Majesty’s beck and call all hours of day and night, with no freedom of action, and little hope of release. Ladies could not marry without consent, which was rarely granted because the Queen expected her ladies to remain virgins just as she was. Any lady who defied the Queen risked being subjected to the full force of her wrath which could include physical violence and imprisonment in the Tower.

This might be considered motive enough to wish to escape, but suppose Emme Fifield, maid of honour, were to be the victim of the predatory attentions of one of the noblemen at court, someone like the Earl of Hertford, son of the usurped Duke of Somerset, who was notorious for ‘seducing a virgin of the blood royal’, after secretly marrying the sister of Lady Jane Grey and getting her pregnant, who then went on to marry twice more in secret. What if Emme Fifield was defiled by this man, and then met a handsome mariner, fresh from Sir Francis Drake’s campaigning in the Caribbean, who had beguiling tales of a New World of plenty inhabited by friendly Indians, such as the Croatan, Manteo, who accompanied Drake to Richmond Palace in 1586. Wouldn’t a woman like Emme be inspired to want to risk everything for a chance to begin again in the new found Virginia in such circumstances?

I think this kind of detective work in building character is one of the most enjoyable aspects of writing a novel. The handsome mariner, Kit Doonan, has an even more fascinating story behind him, but that’s for another place… I owe quite a bit to the Merrymouth Inn! 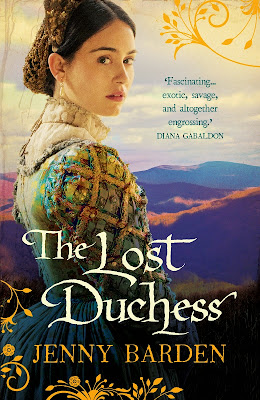