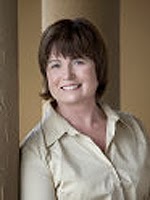 Today we welcome Ann Lethbridge to the Blog. Ann calls herself a British army brat. She is also an award winning author who likes to be footloose and fancy free. She lives in Canada with her husband and daughters, but still returns regularly to the Britain she travelled from end to end growing up.

Do tell us Ann, what made you want to write and how you got your first break?

Involved in negotiations off-site during a labour dispute and the guys I worked with were into sports and politics. Boring! I could have read a book, but for some reason unknown to me, the idea that it might be more interesting to write one popped in to my head. So I did. Once I had a few manuscripts finished I entered one in the Romantic Times/ Dorchester American Title in 2006. Talk about jumping into the deep end. I learned a lot about promotion, and reviews and being out there in a big hurry. I didn’t win but the book, No Regrets, was bought by Sourcebooks and won an award for Foreward Magazine. I then sold to Harlequin Historicals and have almost twenty books out with them.

I would have to say Georgette Heyer. My Dad introduced me to her books when I was a teen. We used to fight over who would read them first. I love her world building and her language. While I have my own voice and write a much more sensual book, I still like to read her books on a regular basis.

Which particular period of history do you most like to write about and why?

All my books have been set in the Georgian era so far, mostly the long Regency. It is what I like to read. Though I do like to read other periods of history as well as contemporaries and paranormals. I think it is the glitz and the glamour that draws me to the long Regency. It is also accessible to the modern reader, being on the very cusp of the modern age in terms of art, architecture and science.

What was your worst subject at school?

Math. Numbers and me don’t have a smoochy relationship.

If you could have the best seats to any concert, what would you choose?

I would love to go to the last night of the proms. I think it looks like fun. And all that singing!

Chocolate. We definitely do have a smoochy relationship. 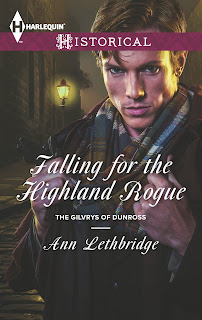 Disgraced lady Charity West lives in the dark world of the city's seedy underbelly. While yearning for freedom, her distrust of men runs deep... until she meets Highland rogue Logan Gilvry. A whisky runner, Logan lives outside the law. Charity may just prove to be his most dangerous challenge yet. Her beauty is unrivaled, but it's her fire that lures Logan. He'll do anything to save Charity and even face her inevitable betrayal...

Posted by Freda Lightfoot at 8:00 AM

Hi, I just wanted to say thanks for inviting me here today.

Who knew that being involved in negotiations in a labour dispute could lead to so many wonderful books! I loved hearing about your start in writing, Ann.

Thanks Diane. I always felt a bit weird about that story, but now I am no longer employed by that organization, I feel free to write about it. It has been an amazing journey, and I am still amazed at how lucky I am at having found the other love of my life. Writing. Whoda thunk! Certainly not me.

So interesting that you find the Georgian/Regency period accessible to modern readers. I agree with you, though I'm not quite sure why.

I'm a great fan of Heyer,too. Do you think the lack of sensuality in her books (in all aspects, not just sex but also food, drink, landscape, setting) reduces the emotional impact?

Jenny, my take on accessibility is that society was starting to become more socially aware, though they did have a long way to go, and that the fashions aren't quite so out there as they are for earlier. As for GH's emotional impact, when I first read them, I was emotionally drawn in and even on rereading them, I still am because I care about the characters. That said, writing and pacing has changed. The genre has moved forward to keep pace with reader preferences. What a great comment. Thank you!

I learned something new. I didn't know you'd entered the RT/Dorchester contest.

Hi Cheryl, American Title seems like a lifetime ago now. But it really was a great intro into the romance writing world.

Hi. Learning about your start as an author was very interesting. Thanks for sharing. :-)
I think there's way too much blatant sex in books now and it takes away from my enjoyment. GH's books have enough emotional pull for me to enjoy her sensual, rather than sex-filled, approach. :-)

Thanks for stopping by Elaine. It wouldn't be fair unless I told you that I write my books on the hotter side, but I respect everyone's choice in that regard. Thank you so much for dropping in.

Love the cover, Ann, what a splendidly brooding rogue! Heyer is still my comfort read.

It's great to meet another avid lover of GH and her writing. And thanks for your interesting interview.