This month we feature the RNA Chapter from Chelmsford. We spoke to Sheila Norton about the band of members who meet in Essex.

Welcome Sheila, tell us a little about your Chapter.

We meet once a month at The Saracen Hotel in Chelmsford. There are as few as five or as many as eighteen and we have been meeting since 2008.

When do you meet?
We are a luncheon club and meet from midday and are generally finished by three. We don’t have speaker events but meet to discuss our writing, socialise and support each other.

Is your chapter open to non-members of the RNA?
Yes, anyone is welcome.

What do you have planned for 2014?
We’ve just had our Retreat Day which was very successful. Apart from that we will have more lunch meetings.

What would you say makes your chapter of the RNA so special?
We are basically good friends, who understand each other’s concerns, celebrate each other’s good news and commiserate with the bad.

Who is the contact for new members?
Currently myself: sheilaann.norton@sky.com

Tell us more about your recent Retreat Day.
Firstly, on behalf of the Chelmsford Chapter, I would like to thank the RNA committee for the £100 grant which enabled us to hold a really successful and enjoyable Retreat Day on Thursday 13th February.
Our grant was used to hire a conference room at The Saracen Hotel in Chelmsford. Fifteen of us got together there for a day of intense writing-related activity. The morning was devoted to a Q & A session, chaired by Jean Fullerton. Questions about any aspect of writing had been sent to Jean in advance, so that she could compile a list to work through, with questions being put in the first instance to those present who were most likely to have some useful response, and then thrown open to discussion amongst us all.  This led to some really interesting and useful discussions and took us right through to the break for our superb buffet lunch (the cost of which we had shared between us). 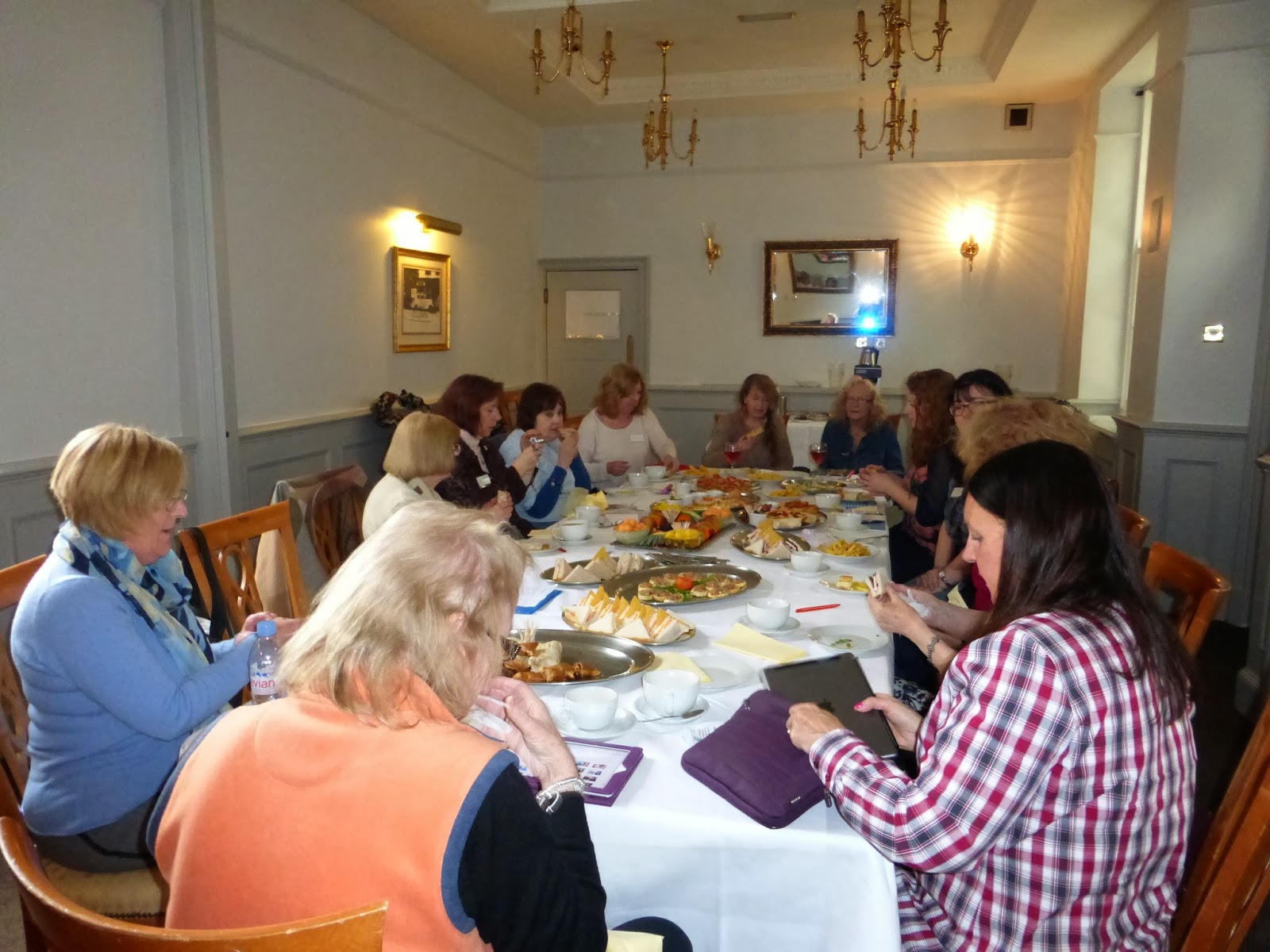 After lunch we had a few more questions, followed by a discussion about books we had recently read. We then moved on to a Flash Fiction game devised by Fenella Miller, which resulted in some hilarious pieces of short writing and certainly lightened the tone! We finished at 3.30pm and all who attended have agreed the day was such a success, we’d love to do something like it again sometime.

Prior to the event I contacted the Essex Chronicle, who duly featured a piece about our day, in the paper, together with a picture of some of us taken outside the Saracen Hotel the previous week, holding copies of our books

If you wish to have your Chapter featured here please contact the blog team on elaineeverest@aol.com

Thank you so much for featuring the Chelmsford group and our retreat day.

Nice to read about such a cohesive group and to be reassured that yours, like every other one I know, revolves around companionship and food as well as writing.