Today Lucy Felthouse gives us her take on stately homes 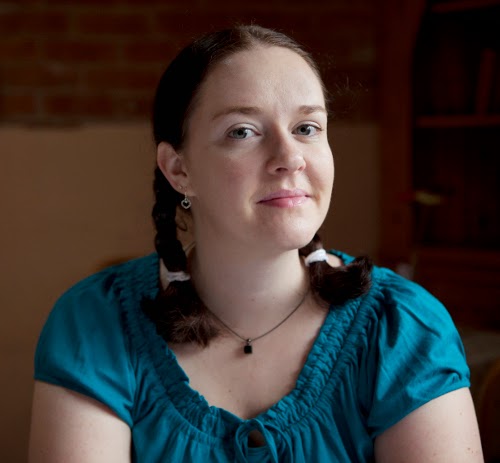 In Stately Pleasures Alice Brown is the new temporary property manager at Davenport Manor. Unfortunately, she screws up and is given a shocking ultimatum by her boss. Stunned, she goes along with it, but when the dust settles she realises there are worse things she could be doing to advance her career.

What gave you the idea for your book and how long did it take to write?

I’ve been utterly fascinated by stately homes for years. For me, visiting them is like being in a different world – imagining how people lived when the building was first inhabited, wondering how current residents live. It’s something that’s always sparked my imagination. The longer I’ve been writing erotic romance, the more I seem to see naughty potential in seemingly innocent objects and places. So putting together a stately home and my imagination produced a very naughty book! It’s the first novel I wrote, so it took a while as I had to conquer the learning curve, but I think it took about five or six months, which I don’t think is too bad for a first-timer!

When promoting your books do you prefer radio interviews or blogging - and why?

Because of what I write, I find that the promotional opportunities are different than for mainstream authors. I can’t imagine my local newspaper or radio station would be comfortable covering what I write. I have been on radio once, which was a rather nerve-wracking experience, so I’d definitely go for blogging. I can write and re-write a blog until I’m happy with it, but if I’m on live radio, there’s so much potential to screw up.

How did you carry out your research?
I visited lots and lots of stately homes and gardens, looking at them with the express purpose of figuring out where and how my characters could get up to their shenanigans. The rest, I’m sad to say, is total and utter fabrication.

What is next in your writing life?
I never stop. I’ve always got something on the go. Though I want to write more novels, I also still like to write short stories and novellas, so I’ve always got more than one WIP on the go. I also have my second solo novel (I co-authored a sports romance) sitting on my computer ready for me to go through and edit it before sending it to a couple of beta readers. It’s pretty long, so it’ll take a while, but I adored writing the book and just hope it gets published and that people like it! In the meantime, I have short stories and novellas scheduled to release in coming months.

Stately Pleasures.
Thank you, Lucy, for joining us today.


Compiled by Natalie and brought to you by the blogging team of Elaine Everest, Natalie Kleinman and Liv Thomas
Please contact us at elaineeverest@aol.com if you wish to be featured on our blog or would like to write a craft article