NO MORE WOE FOR JULIET AND HER ROMEO 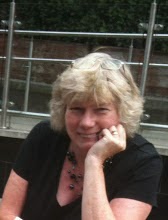 It’s over thirty years since I first saw Franco Zeffirelli’s wonderful 1968 film of Romeo & Juliet.  There wasn’t a dry eye in the house at the end, and I came away thinking: This is the world’s greatest love story – so why does it have to end so badly?

That question haunted me for many years.  Then, a few years ago, I chanced across one of those lists of Things You Must Do Before You Die.  I found most of the Things pretty underwhelming, but the one which leapt off the page and grabbed me by the throat was: Write The Book You Want To Read.  The book which I’ve always wanted to read is the alternative version of Romeo & Juliet – the version in which the star-cross’d lovers don’t fall victim to a maddeningly preventable double-suicide.

Why, I asked myself, should there not be such a book?  And the answer came straight back: Why not indeed?  And if it doesn’t exist, then go ahead and write it.

I mulled over the idea, but it took a while before anything definite happened.  I’d dabbled with Creative Writing in the past, and had taken a few courses on the subject, but had never attempted to write anything longer than poems, or short stories, or the occasional stroppy letter to The Times.  The thought of tackling a full-length novel, even one on a subject about which I felt so strongly, was a daunting prospect.  Then, in one of those serendipitous moments which really make one believe in Guardian Angels, whilst browsing in a bookshop in France I came across a novel which took the form of the lost diary of a woman who had been the secret lover of Count Dracula.  A voice in my mind whispered “A lost diary?  You could do something like this…”

I scribbled a few preliminary notes, then once I was back at home I powered up the laptop and started writing.  I was writing the book mainly for myself, because it was the outcome which I’d always wanted, but when I’d finished the first draft (which took about six months), I showed it to a couple of close friends, who both said “This is good.  You really ought to take it further.”

Even so, despite this vote of confidence, it was another year or two (during which time the manuscript underwent several revisions) before I plucked up the courage to submit it to Crooked Cat Publishing, an independent publisher whom I’d found on Facebook, and for whom I’d recently started doing editing work.  I wasn’t very hopeful, so when I received the email from them telling me they wanted to publish it, I had to print it out and re-read it four times before I was able to convince myself that I hadn’t imagined the whole thing.

The book’s title, The Ghostly Father, is based on a quotation from the play (it’s how Romeo addresses the character of Friar Lawrence), and the story (which is a sort of part-prequel, part-sequel to the original tale) is told from the Friar’s point of view.  I’ve often wondered why, in the play, he behaved as he did – and by giving him what I hope is an interesting and thought-provoking backstory, I’ve tried to offer some possible answers.  Plus, of course, I wanted to reduce the overall body-count, and give the lovers themselves a rather less tragic dénouement.

The book was officially released on St Valentine’s Day 2014.  Since then, judging by the number of people who have bought it, read it, and have been kind enough to say they’ve enjoyed it, it seems as though I’m not the only person who prefers the alternative ending.

The Ghostly Father is available as a paperback or ebook from Amazon, or as an e-book from the Crooked Cat Bookstore.

Sue was born in North Wales but has lived for most of her life in and around Manchester.  After graduating from Durham University with a degree in French, she got married then had a variety of office jobs before becoming a full-time parent.  If she had her way, the phrase "non-working mother" would be banned from the English language.

As well as being an award-winning poet and the author of two novels, Sue is also a member of the editorial team of Crooked Cat Publishing.  She joined the RNA in 2014.

Sue also compiles questions for BBC Radio 4's fiendishly difficult Round Britain Quiz – which has caused one of her sons to describe her as "professionally weird."  She is also very interested in Family History.  Her own background is stranger than fiction; she'd write a book about it if she thought anybody would believe her.

Sue lives in Cheshire with her husband and a large collection of unfinished scribblings.

You can read her blog here.

The RNA blog is brought to you by Elaine Everest and Natalie Kleinman.
If you would like to write for this blog please contact us on elaineeverest@aol.com

I was so glad to find this alternative telling of "Romeo & Juliet" and adored it... just as I did the Zeffirelli film. Recommend it.

I love the sound of your book, Sue - and great advice to write the book you want to read!