Today we welcome Zeba Clarke who tells us about her varied life as a writer.

I wrote my first boook in 1983 because my poor little Mini had been written off in a crash with a hearse (yes, there was a coffin in it, no, it wasn’t my fault, the chauffeur was late for the funeral…) and I wanted to make enough money to buy myself another car. I can’t remember my heroine’s name, but the hero was a cellist called Ellis - what was I thinking? M&B sent me a kind letter pointing out that my heroine seemed a touch immature even for a 21-year old musical genius. Possibly that had something to do with her 19-year old non-genius author. I found a job in a bookshop and earned the money to buy myself a bicycle. 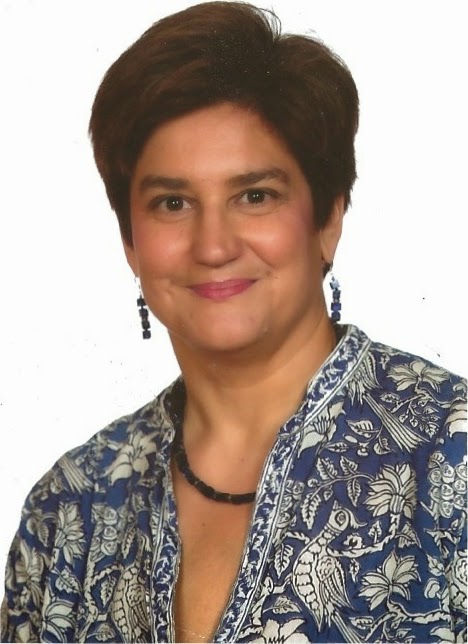 The first piece of fiction I actually sold was a short story. It is the only piece of writing that has ever come to me like a flash in the middle of the night, but really, inspiration did strike, and before I knew it, I had a 2000 word story, Box, which was published in an anthology of crime stories. I was paid £50 and given 3 copies of the book. I did subsequently try to write a thriller set in Kentish Town where I lived, and I did make it to the end of that manuscript, but at that stage, life interfered. I changed career, moving from economic journalism to teaching, then moved to China, married, had a baby…This will be a familiar enough litany of events to some of you. Basically, Life distracted me from the writing.

What brought me back were two wake-up calls. By this time, our expat life in China was over.  I was living in Brighton, working at a tough comprehensive, juggling toddler at nursery, expensive mortgage, commuting husband and a radical shrinkage of our income. Then I had a miscarriage. I started writing my way out of feeling miserable. It was a light-hearted regency-set romance and before I knew it, I’d finished it because writing was a refuge from the strains and stresses of everyday life. I sent it out into the world and about six months later, had the strangest call from the US. It was the wife of an agent, who said she had good news and bad news. The good news was my manuscript had been sold to Kensington Zebra, who at that stage had a sweet Regency romance line. The bad news was that her husband, who had sold my novel, had died.

Seducing Sybilla was published in 2003 and my editor then commissioned three more sweet regencies from me. They were fun to write, but by the time I’d finished Rosamond’s Revenge, Kensington had decided they wanted hotter, longer historicals. The thing I did discover in the course of writing the four books was that trying to write hot sex just makes me giggle. I did write a sort of sequel to Rosamond’s Revenge, entitled The Perfect Hero and published as an e-book. It underlined for me that while I love a romance, it’s the adventure and intrigue that really sustain me through 100,000 words.

After writing Hero, there was another pause while the teaching career took precedence and I completed a masters in education. Once that was out of the way, fellow-RNA member Lynne Connolly mentioned on one of the lists where we both hang out that Working Partners, the book packager behind BeastQuest, were looking to expand into the adult market. They were running a competition for writers, and the prize was a contract to write a book for them. They sent me an outline and asked for the first three chapters, and before I knew it, there was a (small) advance and a contract for In Decent Society. It was a really exciting moment. But…unfortunately, the editor who had commissioned the book left the company and the manuscript has vanished into limbo. 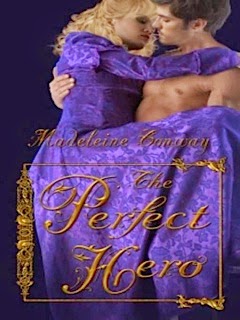 Since then, I’ve been working on a story that I’ve had in mind for nearly a decade. It’s taken me to Bologna, Prague and Fontainebleau, and I’m now in the throes of sending out the third draft to agents. I’ve drawn up a list of potential representatives, I’m sending my query letter, synopsis and first three chapters and crossing my fingers. In the meantime, I’ve changed jobs, moved countries and transplanted my family of Eurobrats to a small rock in the middle of the Irish Sea. I have two more books to write to complete the trilogy, then I’ve got a Belle Epoque saga to revise and a story that’s begun bubbling under about WW2 internment camps on the Isle of Man.

People often ask me how I find the time to write: there are practical answers, e.g. limit TV to one night a week, when I binge on all the programmes I’ve recorded; switch off the internet. But I think the underlying answer is that I have to find the time to write because the people and places in my brain are determined to reach the page. And that, I suspect, is the case for all of us writers, published or unpublished, with active agents or no agent on the horizon.

The RNA blog is brought to you by Elaine Everest and Natalie Kleinman.
If you would like to write for this blog please contact us on elaineeverest@aol.com

I loved reading about your writing life, Zeba. It's always good to read about how other writers have done it! I'm a teacher too and that made me feel even better as I read your story and how you persevered. Thanks for telling us all about yourself.