Today we welcome, Theresa Le Flem to the blog to tell us why she decided to venture into self-publishing. 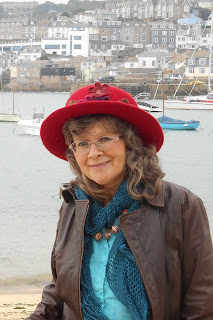 My first two novels were published by Robert Hale Ltd, which was thrilling. My third, The Gypsy’s Son, marks my first venture into self-publishing. I was beginning to feel quite down actually.  When my new novel was declined, after submitting to agents and other publishers, (and experiencing once again that endless waiting) the rejections hit me hard. I felt I was back to square one.
However, self-publishing for me has been a revelation. To be in control of everything to do with how my ‘baby’ enters the world is a wonderful experience! Following the invaluable advice of other RNA members, (Thank you Romna!) I decided to go through CreateSpace. Confident I could probably come up with a cover design myself, and with a lot of perseverance, i.e. watching You Tube videos and reading books on ‘How to Self-Publish…’ I’ve finally got there. I can certainly recommend the journey. It’s so rewarding and worth the time spent in front of the computer. Publishing is all about choice these days – and who knows better how to present a novel than the author?

Tell us something about yourself?
I grew up in an artistic, creative household in London which was busy with visitors. My family moved house several times but the move that made a lasting impression on me was to Cornwall. This was the setting for two of my novels, the most recent, The Gypsy’s Son, is published this month. I live in the Midlands, England, with my husband Graham (chief proof-reader & ‘computer error’ rescue person!) and our greyhound. I write Romantic Fiction with an edge.
It may be a fact that an unsettled, poverty strewn life can produce a spark that starts the fire of creativity. This is true in my case, I believe. Having come through difficult times, now I’m happy and settled I can look back and draw from those difficult experiences in the past. In my writing I like to explore the challenges people face in everyday life. This is why my first hero was a coal-miner - no dewy eyes or blushing brides for me I’m afraid! My novels are emotional, romantic, moving, but realistic. Having had a string of jobs, I’m now fortunate to be able to write full-time – a dream I have had since I was a child.

What gave you the idea to write a novel about gypsies?
It was a postcard! At the time I was deep into writing The Forgiving Sand but felt isolated too. I joined my Adult Education Centre to meet other writers. The tutor spread a heap of postcards, mainly from the Portrait Gallery, on the table and said, “Choose one – and create a story!” The face that appealed to me looked like a gypsy’s face. I didn’t complete the course, I was too busy writing!

Do you have any family connections with the Romany community?
No, I can’t explain why I feel such an affinity with them except that I often empathise with those who are oppressed. The gypsies in my novel are those of ‘the old days’. It begins in 1953 when they still travelled about in horse-drawn caravans, living close to nature and enjoying the freedom of the open road. It must have been a tough life. Though uneducated academically, they practised crafts we would be envious of today. They were not, I believe, like the modern travellers portrayed in the media these days who get a very bad press, often unfairly. But I can identify with their restlessness, their need to move on. I’ve moved house many times; twenty-five times at the last count! It’s time I settled down
.
Does this novel have a ‘hidden message’?  We sensed your first two carried an undercurrent, a social comment about society.
I do tend to write about, as one reader put it: “people who live on the edge of society.” For example, in The Sea Inside His Head I took the side of the ‘scab’ during the Miners’ Strike and explored the effect the strike had on their marriage. The miner’s story is very poignant. I dislike injustice and generalisations, especially when public opinion suggests what is acceptable and what isn’t. The newspapers almost dictate what reaction we, the ‘general public’ should have to a news item.  I prefer to decide for myself.

Why have you chosen to go independent and publish this yourself?
Perhaps because of the reasons given above. It wasn’t acceptable to a publisher. Who wants to buy a book about a gypsy? I don’t know but I’m going to find out! When I heard that The Gypsy’s Son had been declined I was upset at first. I felt like the rug had been pulled out from under me. I know lots of authors in the RNA have gone down the self-publishing route and seen how successful they have been and I’ve received loads of encouragement. It’s such a huge subject in itself I could take up the whole interview with it! I’ve learnt so much along the way, now I wouldn’t hesitate to do it again. 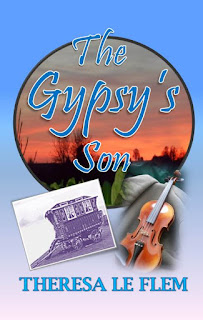 Is The Gypsy’s Son a romantic novel too?
Yes, it’s a love-story with angst. As a young man, my hero, Finn, goes through such a lot. There’s fear and passion in his dark eyes.  I researched more for this story simply because unlike the other two novels, I’ve had no personal experience of the gypsies. Once I began researching Romany Gypsy folk-lore and way of life I was absolutely fascinated. I’ve attempted to describe the essence of what I believe to be a gift certain people have  – an insight into things which are...how can I say it? Spiritual? I don’t know how to explain it in the cold light of day. It has to be put over in fiction, in atmosphere, emotions and feelings, and it’s quite personal. That’s why I’m a novelist I guess.

Thanks so much for inviting me for an interview. I’ve really enjoyed it.
Links:
Amazon
Website
Thank you for joining us, Therese and good luck with The Gypsy’s Son.

The RNA Blog is brought to you by,

If you would like to write for us please contact us on elaineeverest@aol.com
Posted by Elaine Everest at 7:30 AM

My grandparents were Romany. They gave up the trailer life, though and lived in a house! They had nine children, of which my mother was one. The Gypsy Council, based in Milton Keynes has lists, so I can look up their tribes and find out more about them.

Loving the sound of this book, Therese. There is something so romantic and hypnotic about Gypsy stories.

A book I must read. My maternal family were Showmen so a travelling life has always interested me.

Thanks for your comments Lynne, Isabella and Elaine. It is funny how many people tell me they have links in their family to gypsies. A similar thing happened when I wrote the one about the coal-miner. I find social history so interesting, especially in ‘the old days’ of the British Isles. I hope you enjoy reading The Gypsy’s Son and find it stirring, because I did when I was writing it. Where do these fictional characters come from I wonder! Theresa.