Today we welcome author, Virginia Heath to the blog to tell us about her amazing year.

Not so long ago I was sat in my empty classroom at the end of another challenging school week, 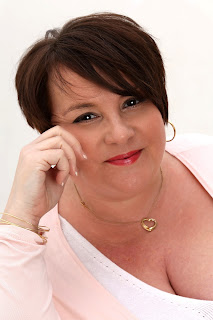 pondering my life. It was, I conceded a pretty good life too. I had a wonderful husband, two fabulous teenagers, my own home and a good job. Yes, teaching history to eleven to sixteen year olds had its challenges, but I loved teaching. I even loved the teenagers I taught (well most of them anyway, some I wanted to strangle on a daily basis, but hey, I’m only human). So why did I feel like something was wrong?

In truth, that elusive something had been niggling me for quite some time. I’m a creative person. I love to make things- clothes, candles, cakes. Stories in my head. For years, I’d been telling my students and my family I would write a book one day. Then it dawned on me. I had all these stories running riot in my head but I never had the time to actually write them down, and that, in a nutshell was what was at the heart of what had been bothering me.

Teaching is hard work. There is always some new government initiative that lands on the top of your to-do pile and takes over your life completely until they change their mind again. Which they do often, by the way. If I was going to ever find the time to write a book I had to do something drastic.
With trepidation, I swivelled my chair towards my waiting computer screen, and on a whim, because that is exactly what it was, I began to type my resignation there and then. I did not even bother reading through the short paragraph to check for spelling mistakes, I just clicked send. Then I phoned my husband, who was abroad on business at the time, and dropped the bombshell. “I’ve just quit my job.”

To his credit, he simply said, if that’s what you want to do, then I support you. And thank goodness he did. My boss, immediately urged me to reconsider. All of my colleagues did. “Take the weekend,” they said, “Really think about it.” But because my family supported me, it gave me the strength to stand by my unexpected decision. Somehow I knew it was right.

I will never forget my daughter’s words when I got home and told her. “You used to sparkle Mum. And lately, you’ve lost your sparkle.” It spurred me on. By Monday morning, the die had been cast. I had walked to the edge of the metaphorical cliff, and thrown myself joyfully over. I was filled with a new sense of purpose and excitement. I had to find my sparkle, especially now that I knew it was missing, and I was going to write a book. And get it published.

My fantastic husband bought me a new computer, a proper desk and one of those sexy office chairs which are designed to support the contours of your back for hours on end. So I wrote my book…
At this point, I should inform you things did not quite go according to plan. I wrote a book and proudly sent it off to publishers and agents. Few replied. Those who did, kindly informed me it wasn’t good enough. So I wrote another book. Then another. However, my confidence had been so shaken by the rejection of the first manuscript, I couldn’t summon the nerve to send off the others. However, I wasn’t prepared to give up the dream yet. Each book was practice, training. Each book was better than the last.

Eighteen months after quitting my job, I was vacuuming the living room. ‘That Despicable Rogue,’ I thought, ‘That would be a great title for a book.’ I pondered some ideas and started writing. The story came from nowhere and developed as I went along. But it flowed. When I finished it, I had a feeling this was a turning point. I submitted it to Harlequin the very next day. A fortnight later, an editor emailed me to say they thought it had potential. I cried and my marvellous, bewildered son made me tea and sat with me in case I did something irrational. Six weeks after that e-mail, I signed two-book contract with Harlequin. I have since happily signed on for more. My second novel, Her Enemy at the Altar was released in August, and like my debut novel, once I got started, the characters pretty much wrote the book for me. They are a hilarious pair. If I had to describe their story in a sentence it would probably be The Taming of the Shrew with a sprinkling of Romeo and Juliet- but with a happy 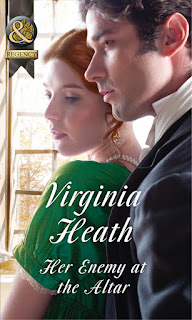 ending. Constance is a tempestuous redhead with a penchant for throwing things and Aaron is a cocky, charming but troubled hero. Sometimes I never quite knew if they were going to kiss or kill each other.

Once I finished that book, I immediately started another, so The Discerning Gentleman’s Guide comes out in November. All in all, 2016 has been a momentous year. 2017 is going to be just as busy. And just in case you were wondering, I found my sparkle. It had hidden itself in the keyboard of my new computer, that sits on my new desk in my office at home… I wish I’d known. I’d have found it much sooner!

Thank you, Virginia, and good luck with your books!

If you would like to be interviewed, or write something for the RNA blog, please contact the team on elaineeverest@aol.com
Posted by Elaine Everest at 1:00 AM

Email ThisBlogThis!Share to TwitterShare to FacebookShare to Pinterest
Labels: Harlequin Mills & Boon, Her Enemy at the Altar, That Despicable Rogue, Virginia Heath

I absolutely adored 'That Despicable Rogue' and 'Her Enemy at the Altar' arrived on the doorstep a couple days ago. Looking forward to many more!

Wonderful inspirational blog. Glad you found your sparkle. Well done for having the guts to hand in your notice.