Today on the RNA blog we are thrilled to have Karen King interview prolific multi-genre novelist Phillipa Ashley about her upcoming release 'Christmas at the Cornish Cafe' and the highs and lows of a decade of being a published author.

Thank you! I took my first writing steps in November 2004 with a modern ‘fanfic’ of the North & South TV drama starring Richard Armitage. I was instantly hooked, and decided to try my hand at an original romantic novel. We’d recently bought a flat in the Lake District by a mountain rescue base and that’s where I got the idea for an MRT who make a naked calendar.
What was the highlight of your book being made into a movie? How involved were you in the process?
Definitely walking onto the set of the movie in Canada with my husband and daughter and spending the day with the actors and crew. I left the adaptation process to the producer/writer as I knew making a film would be completely different to writing a novel.


What are the highs and lows of your decade in publishing?


I’ve had two periods when my confidence took a real nosedive after finishing contracts. The first time, I had a complete break for many months but during the second ‘low’ I just carried on writing even though I questioned ‘why’ most mornings! Eventually, I’d completed two books and had several publishers competing to buy one (the other is still being fine tuned and no one has seen it except my agent.) Happily, 2016 has turned out to be my best year ever, working with the fantastic Avon Maze team to make Summer at the Cornish Café an Amazon Top 20 bestseller.

I understand that the only creative writing you did before this novel was FanFic. Would you recommend writing FanFic to new writers?

If a TV series or movie inspires you to start writing, go for it! It’s a fun way to learn the craft and often encourages writers to try their own original projects.

How much planning do you do before you start to write?

Not much. When an idea grabs me, I write furiously until I run out of steam. I brainstorm ways that the characters might reach their resolution as I go along, sometimes with two close RNA friends.  I prefer to let the story emerge organically aka not having a plan! I always show my first drafts to my agent, Broo Doherty, and highly value her feedback.


Do you work in long-hand first or write straight onto the computer?


Straight onto my laptop.


You’ve had sixteen novels under three different names published over this past decade. Can you tell us a little about them and why you chose so many pseudonyms?

I do some ‘soft’ promotion via Twitter but since the Cornish Café series has taken off, I’ve found readers also like to interact with my Facebook author pages where I share news and competitions. I have two pages – one for Phillipa Ashley and one for Pippa Croft. The Pippa Croft page attracts a lot of Italian fans because the Italian translations have topped on the iTunes Italia charts this summer.

How do relax when not writing?

I get out of the house as much as possible. I love walking, jogging, cycling and swimming and adore the Lakes and Cornwall where my number one activity is body boarding or watching the Poldark filming.

What’s next for author, Phillipa Ashley?

The second book in the Penwith series – Christmas at the Cornish Café – is out on October 13th.  I’m currently writing the third book, Confetti at the Cornish Café and I also have a couple of other projects bubbling under. I love writing as much as I ever did but I’m glad I’m savvier about the business of publishing.

CHRISTMAS AT THE CORNISH CAFÉ: 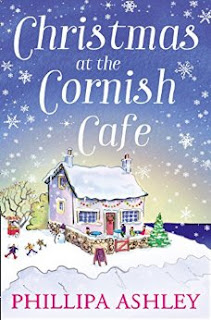 Christmas will be slightly less turbulent than summer, won’t it? Demi certainly hopes so. She and Cal are keeping their fledgling relationship under wraps for now. But then Kit Bannen, a hunky, blond – and mysterious – writer arrives at Kilhallon Resort, and not everyone is charmed. Cal is sure that Kit is hiding something. But is he the only one guarding a secret?
Demi is busy baking festive treats for the newly opened Demelza’s cafe, but when Cal’s ex Isla arrives to shoot scenes for her new drama, Demi can’t help but worry that things aren’t quite over between them. Kit flirts with both women, fuelling Cal’s suspicions that Kit has hidden motives for staying on at Kilhallon. Then Cal has to go to London, leaving Demi and Kit to decorate the cafe for Christmas . . . all by themselves.
A storm is brewing in more ways than one. As surprises unfold and truths are uncovered, can Demi and Cal finally open up to each other about their feelings?

Phillipa Ashley studied English at Oxford before working as a copywriter and journalist. Her books have won several awards, been translated into seven languages and made into a Lifetime movie. As Pippa Croft, she also writes as the Oxford Blue series from Penguin Books.


Thanks for taking the time to chat to us here on the RNA blog Phillipa. We are looking forward to the latest instalments in the Penrith series and wish you every success with Christmas at the Cornish Café. 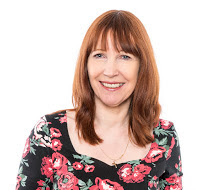 About our interviewer Karen King:


Karen writes sassy, contemporary romance just right for reading on the beach. She also writes YA and children’s books and is a writing tutor.
When she isn’t writing, Karen likes travelling, watching the ‘soaps’ and reading. Give her a good book and a box of chocolates and she thinks she’s in Heaven.

Thanks to Elaine and the fantastic RNA blogging team for welcoming me so warmly to the blog and to Karen for interviewing me. :)