It is always interesting to hear how author’s come up with ideas for their books. Was it something that had simmered for years? Perhaps a story based on an old family story? Today, author Lizzie Lane tells us about the idea behind her latest story and shows how many people are involved in that idea. Welcome, Jean!

We were having lunch at a very nice little restaurant in Covent Garden, my editor, my agent and me. 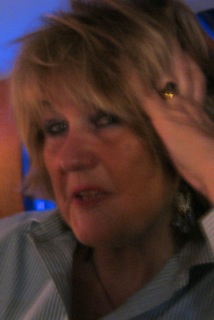 Food and wine flowed as they do when the final manuscript of a contract has been delivered and approved and another contract is in the offing.

That’s when the ideas get thrown about. ‘What do you think about writing about an orphanage?’ To which my answer was, ‘Not a lot. There’s loads out there already.’ ‘A Munitions Factory?’ ‘Ditto.’
Actually those were the kind of subject matter I had been expecting to hear but they didn’t happen.
Wearing one of her cajoling, sweet as honey smiles, she asked, ‘I think it would be quite wonderful if you wrote about a puppy.’
I nearly choked on my Pinot Grigio. A puppy? In a wartime saga? What brought that on?
Editors don’t make suggestions about the content of your next book without good reason. Before coming up with this I knew my editor had checked what was selling in non-fiction or with competing publishers, plus, most importantly of all, she had no doubt had a word with the Sales Department. It wouldn’t have stopped there. She would have sounded out anyone whose opinion she respected. In my case this might include her mother who is an avid fan of mine.
It’s all very logical. Rivals sales, non-fiction sales, her own Sales Department, Marketing, publicity and last, but by no means least, someone who regularly reads my books.  All are very relevant.
It turned out that on seeing the success of non-fiction titles, i.e. War Dog, No Better Friend, Judy: A Dog in a Million.
Besides all that, the old adage about writing about what you know comes into play. She hadn’t known it but she was dining with somebody who knew a great deal about dogs.
In another life I used to show, breed, train and judge dogs. It had never occurred to me to write a story about dogs and certainly not during World War Two.
To say it was something of a challenge was putting it mildly. The moment the lunch and the travelling were behind me, I trawled the internet for wartime incidents involving dogs. I only expected small things, dogs in military service mostly. I had not expected to come across one of the most unknown atrocities of the first week of the war.
A government pamphlet advised that once the war began in earnest, food would be in short supply and reserved for human consumption. There was also the likelihood of mustard gas poisoning or dogs going mad when the bombing started. As a consequence of these dire warnings, people panicked and pets were euthanized in their thousands, a conservative estimate is 350,000 in the first week alone. By the end of the war it was over a million.
My editor and my agent were both impressed. Neither had heard of this shameful piece of history. BTW the dog on the cover belongs to one of my editor’s colleagues at Ebury. His real name’s Louie.
Everything was agreed. Lovely! Now all I had to do was build a story around it. 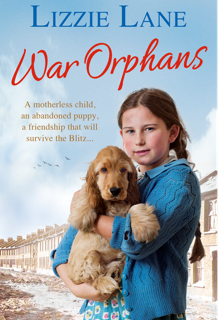 WARTIME ORPHANS:
Joanna is an orphan when she finds the puppy she names Harry. Her schoolteacher Sally Hadley is a joy but has no life outside of school and her father still grieves over the death of his wife. When Harry enters their lives, Joanna no longer feels like an orphan, Sally allows herself to fall in love and her father ceases to grieve for the loss of his wife. All down to a puppy named Harry.