It is a joy to welcome Hazel back to the RNA blog and to be able to read about her research techniques as well as details of her latest novel.

The idea for my latest novel, THE GIRL FROM THE SAVOY, first developed from a conversation with my editor about our mutual love of the 1920s. I was intrigued by the idea of an ordinary working 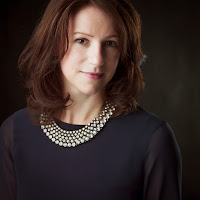 girl integrating with the social circles above her. The perfect setting for that to happen was one of London’s iconic hotels of the era, and that working girl became Dolly Lane, a chambermaid. I saw her very clearly and loved developing her story. Dolly is flawed and makes mistakes, but refuses to let go of her hopes for a better life.She is plucky heroine who I hope readers will be rooting for.

Initially, I was undecided between setting the novel in The Ritz or The Savoy. I sent speculative enquiries to both and made contact with Susan Scott, archivist at The Savoy. Susan has worked at The Savoy for over twenty years and what she doesn’t know about the hotel’s history frankly isn’t worth knowing! She was incredibly helpful, giving me some great recommendations for reading about the history of the hotel. Arnold Bennett’s Imperial Palace and Madeleine Grown Up by Mrs. Robert Henrey were invaluable in researching life at the hotel, and in London, in the 1920s.

After early drafts, and several emails, chapters and months later, I arranged to meet Susan at The Savoy. This meeting happened to coincide with the 2015 RNA summer conference at Queen Mary University. I left the conference for a few hours (did you miss me?!) made my way up West. To sit in the beautiful lobby of The Savoy, talking about my fictional interpretation of hotel in the 1920s was so wonderful. Susan patiently answered all my questions, sharing invaluable knowledge about the hotel’s history - the layout, terminology, famous guests, staff uniforms and routine. She also recommended the lavender eclairs from Melba Patisserie in the Savoy Courtyard, where you can buy the pastries offered at a Savoy afternoon tea. I took two eclairs back to Queen Mary University and sat by the canal with Helen Rolfe where we scoffed those eclairs in the sun before I returned to the conference to deliver a talk on social media.

I’m so glad the setting for my novel turned out to be The Savoy. I learnt so much about the hotel and its guests and it really is the perfect setting for Dolly’s story.

One of my other favourite discoveries during my research was learning about the ‘gallery girls’ of London’s West End theatres: working class girls and women who watched their favourite stars from the cheap seats in the theatre gallery. These women queued for hours at the stage door to get tickets, and many lost shoes, hats and gloves as they raced inside as soon as the doors opened, desperate to get to the best position at front of the gallery. Reports from the time capture the hysteria the gallery girls created, such was their excitement and admiration for the actors and actresses of the era. Dolly

was partly inspired by the gallery girls: after the horrors of war, is it any wonder young women dreamed of a better life – possibly a life on the stage?

The past is such a fascinating place to visit and I hope my readers will enjoy stepping back into the 1920s with my characters Dolly, Loretta, Teddy and Perry, and discovering all the passion and glamour of that mesmerising era.

Thank you so much Hazel and good luck with The Girl from the Savoy.