I’m thrilled to welcome Mary Wood to the blog today. An author I admire greatly who writes fabulous stories.

I was a wannabee author for twenty years before kindle took me to where I am today.
Like most authors, I wrote a lot as a child and had my head constantly buried in a book and dreamed 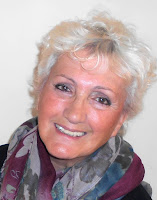 of being the one who one day would write the books

I was in my forties before I finally penned a full novel. I was nursing my mother and writing gave me a distraction. Of course, it was going to be the next best seller – film, even! I’m sure you know the feeling.

I came down to earth once the rejections plopped onto my welcome mat.
One agent told me that I was a great storyteller, but that I needed to learn the craft of writing as my characters were flat.  What did she mean?
I set out to find out. Unfortunately for me, I engaged a woman who advertised that she would appraise your manuscript, show you where changes were needed. Re-read after you had made them, and then, once up to scratch, she would help you to place your MS as she was a scout for an agent. A lot of money, and many edits later,  she finally declared me ready. Excitement built. This was it. Off my manuscript went. But shock horror, the agent slated my work. I complained, but was then told she suspected this would happen, but as I was so keen, she thought to let me submit was the only way of getting through to me that I wasn’t a writer and never would be.
Disappointed, and not a little angry, I dusted myself off and soldiered on.

It was when I bought a book called, How to Be a Damn Good Writer, by James Frey, that I had a lightbulb moment. Suddenly everything about characterisation, showing-not-telling, writing good dialogue etc. made sense. And all for just £2! By now the age of technology had crept in and I embraced everything it offered. I joined on-line writing sites where other authors critiqued my work, and I theirs. It was from there that I learned of kindle.

The first book I uploaded was the one the agent had rubbished! An Unbreakable Bond. It zoomed to the top of genre and stayed there for fifteen months. More books followed, and with the same success. I was happy. I had achieved most of my dream. But more was to come. Author, Diane Allen messaged me out of the blue. At the time Diane was manager of a large-print publishing company and was interested in my work. However, after a while, Diane rang me and paid me one of the biggest compliments I have ever had. She told me that she wasn’t going to offer for my books as she felt they deserved to be published and wouldn’t stand a chance to be if I’d sold some of the rights. How generous was that? But then Diane did something that was even more wonderful. She asked if she could send my MS to her agent.

Within days, I was so excited to receive a call from the great, Judith Murdoch offering to become my agent. But the shocks didn’t stop there. Not many days later, I found a PM on my Facebook from an editor working with Pan Macmillan. She had seen my books in the charts, become curious and had downloaded Time Passes Time, loved it, and wanted to sign me! From that, with the skill of my agent, and at the grand age of 68, came a seven-book deal! Two new books and my five backlist titles. I have since signed two further two-book deals, and am soon to see my sixth book in three years hit the shelves. I still pinch myself.

The moral is: Never give up, believe in yourself when no one else does. I am proof that dreams do come true. By-the-way, An Unbreakable Bond, (the rubbished one) made me a Sunday Times Bestseller! Ha, I think I had the last laugh.

Much love to all, thank you for reading. x

I am the thirteenth child of fifteen. We were poor, but rich in love. I spent most of my working life in various jobs from cleaning to catering, whilst bringing up my own four children. I ended my 9 – 5 with the Probation Service, after a 10yr stint.
My maternal great grandmother was a published author, and I am proud to follow in her footsteps. I live in Blackpool, but spend half of the year in Spain.

Two girls. One horrendous war. The chance to unite a family . . .

Edith and Ada run Jimmy's Hope House where they care for unmarried mothers, and where Edith, a doctor, offers free medical help to the poor of London's East End. Both are struggling to overcome trauma from their past. For Edith there is the constant ache and yearning for her twin girls Elka and Ania, from whom she was separated in 1918. For Ada there is the threat of her sister returning . . . As the Nazis strengthen their grip on Poland, sisters Elka and Ania are forced to make a difficult decision: travel to England to find their birth mother or stay and fight against an increasingly desperate regime?
In times of war, no choices are ever easy to make. But making the right choice could keep you alive . . .

Thank you for telling your story, Mary. You are proof that dreams do come true.

Would you like to write your publishing story for the RNA blog? Contact us on elineeverest@aol.com
Posted by Unknown at 1:00 PM

What a thrilling and heartwarming story. It's so easy to lose faith in oneself, isn't it. What strength of spirit that you carried on, Mary. Thank you. I'm sure I'm not the only writer who will find inspiration here. I love that An Unbreakable Bond became a Sunday Times Bestseller.

Thank you, Natalie. The road was long and sometimes tough, but I made it. Wishing you every success in the world. Much love, Mary xxxx

Thank you, Natalie. The road was long and sometimes tough, but I made it. Wishing you every success in the world. Much love, Mary xxxx

A hartwarming story Mary. You've worked so hard to get where you are now. Your books are lovely to read and really enjoyed them.

What a wonderful story, Mary - thanks for sharing it and showing us how necessary it is to believe in yourself as a writer! You deserve every success that comes your way.