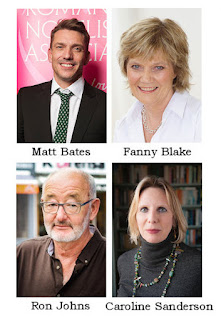 For more details on the RoNA Awards event, or to buy tickets, visit our website activities pages.  http://www.romanticnovelistsassociation.org/activities
Posted by Elaine Everest at 12:00 PM