This year’s shortlisted authors are a fabulous example of the depth and breadth of writing talent in category romance and include debut authors and multi-million-copy-selling writers. 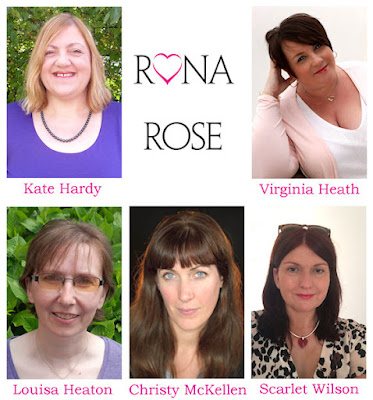 In Kate Hardy’s Billionaire Boss…Bridegroom, gorgeous, rich CEO Hugh Montcrieff might be his office’s reluctant heartthrob, but he does not date employees! Until he needs a fake date for an upcoming engagement, and decides his quirky new graphic designer Bella Faraday is the perfect candidate…

Kate is a long-standing member of the RNA and had her first M&B novel accepted in 2001. Since then she’s sold more than six million books in more than twenty-five different languages.  She’s currently writing her seventy-seventh for M&B. We asked her how she felt to be shortlisted:
"I’m absolutely thrilled to be shortlisted for the award in the year I turned fifty! Best fiftieth birthday pressie ever and even though I’ve won the RoNA Rose twice (2008 with Breakfast at Giovanni’s and 2014 with Bound by a Baby) and this is my seventh nomination, it’s still as exciting and wonderful to be shortlisted again."

The Discerning Gentleman’s Guide by Virginia Heath tells the story of Bennett Montague’s, sixteenth Duke of Aveley, search for the perfect bride. He’s narrowed his search to five worthy ‘Potentials’…until the arrival of his aunt’s companion unravels his carefully laid plans.

We asked debut author Virginia where the idea for the book came from and how she feels about being shortlisted:
"The inspiration for the book came from a BBC documentary called ‘A Very British Romance’. There was a segment on Georgian etiquette manuals. They struck me as hilarious. Over the course of a bottle of wine, I had my hero write one – with quotes from his effort heading up each chapter. To be shortlisted in my first year as a published author is unbelievable. What an incredible honour. Perhaps I should stop doubting myself now."

In Louisa Heaton’s Seven Nights with her Ex, a medical course in Yellowstone Park is Beau’s chance to escape. But her trip half-way around the world only brings her closer to Dr Gray McGregor―the man who left her at the altar!
Gray knows he made a mistake. Can he win her back in just seven days?

Readers particularly enjoyed the Yellowstone Park setting. We asked Louisa why she chose it as her location:
"I’ve always wanted to go to Yellowstone Park and hoped that by writing a book set there, I might be able to wrangle a research trip, making it tax deductible! Unfortunately, my son refused to let me go to a place where a super volcano is due to erupt any moment, so I had to make do with internet searches and other people’s photographs. Though I did get to create a stunning Pinterest page!"

Unlocking Her Boss’s Heart by Christy McKellern features Max Firebrace who doesn’t think he’ll ever love again. But when his new PA, brave and beautiful Cara Winstone, walks into his life, this brooding boss begins to wonder if he’s ready for a new happy-ever-after…with Cara by his side!

We asked Christy what it means to be shortlisted for the RoNA Rose:
"I feel greatly honoured to have been shortlisted for a RoNA award. Writing, for me, is a lifeline, a way to connect and to explore life. It‘s something I’ve always been driven to do so to have my work recognised in this way is hugely rewarding. Ever since I discovered the existence of the RNA and the wonderful romance community, I feel like I’ve found my tribe."

In Scarlet Wilson’s Christmas in the Boss’s Castle, chambermaid Grace Ellis loves Christmas, but after losing her beloved grandmother, she’ll be spending this festive season working. So when her boss, Finlay ‘Scrooge’ Armstrong, offers her a magical Christmas in Scotland, it’s a welcome distraction from her grief. Widower Finlay is haunted by the ghosts of Christmas past, but snowbound together in his Scottish castle, Grace starts to melt the ice around his heart. He never thought he’d find love again, but maybe finding Grace is his very own Christmas miracle…!

Holiday themed novels have become very popular; we asked Scarlet if she enjoyed writing about Christmas:


"This is my 6th Christmas story for Mills and Boon and it’s safe to say that I could be a little obsessed with Christmas.  This year I had the pleasure of setting my story in a Scottish castle somewhere, and it’s secretly based on the beautiful Culzean Castle in my home area of Ayrshire.  I figure if I write enough stories about castles someone will finally decide that I should be living in one!" 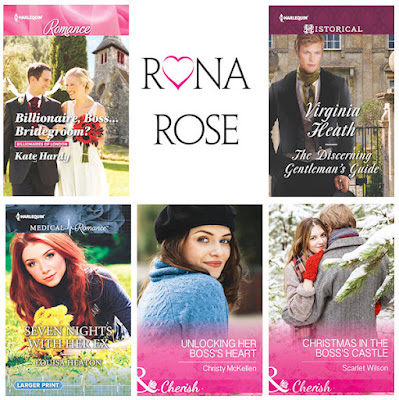