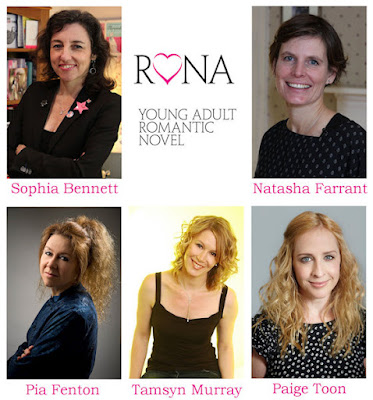 Love Song by Sophia Bennett tells the story of seventeen-year-old Nina who goes on tour with mega-band The Point and quickly learns how dysfunctional they are behind the scenes. Cut off from the world, recording in a huge, shabby house in Northumberland, she comes to know and understand them. Trouble is, they come to understand her…

Readers commented on the boy band in Sophia’s story and the strong character of Nina, the heroine; we asked her where the idea for the story came from:
I’ve always been a not-so-secret fan of One Direction, and particularly Harry Styles. As I watched the boys relentlessly touring I became convinced their lifestyle must be taking its toll on their lives and friendships and wondered what it must be like behind the scenes. So I found myself writing about a girl who gets to be a part of it.
As I travel to a lot of schools to talk about my writing, I get to meet teenage girls all the time and am struck by how vulnerable they can be under their confident exterior, and how often their interests – pop music, fashion – are disparaged. So I wanted Love Song to be a celebration of the joy of fandom, and the pleasure we can all get from loving music.

Natasha Farrant’s Lydia: The Wild Girl of Pride and Prejudice is a feminist Regency romp, which takes a fresh look at Austen’s much-loved Pride and Prejudice, focusing on the ambitions and aspirations of the youngest, and wildest, of the Bennet sisters.

There have been several rewritings of Austen; we asked Natasha what drew her to Lydia’s character:
Lydia was a suggestion from my publishers, which I accepted because I thought it would be fun. And it was. I spent a happy year immersed in all things Austen, and had the most fun I have ever had writing any book, ever. But it also surprised me, because as soon as I started to plan her story, Lydia’s voice took complete hold of me. Even though she did not start life as my creation, I felt a connection with her that I have never had with any other character I have written. At first I attributed it to the genius of Austen. Quite soon I realised something quite different: in writing Lydia, I was writing myself. Lydia is me as a teenager – a funny mixture of awkward and confident, passionate and selfish, longing to be in love and desperate for “real life” to start. I didn’t like myself much as a teenager, but I love her – all the more so because she has made me realise that maybe, just maybe, I wasn’t as bad as I have always thought.  It ended up being the most cathartic of books, a happy experience but also one which left me somewhat dazed for months, like I’d been taken over by a whirlwind.

New England Dreams by Pia Fenton tells the story of Sienna who takes time out from family problems in the UK and ends up kissing a guy she meets on a flight to the US. She doubts she’ll ever see him again but fate has other ideas. When they end up attending the same school, neither admits to having met before. The chemistry is still there though – should they let it have free rein or should the attraction stay in their dreams?

We asked Pia how she manages to capture the American high school setting so well:
My YA stories are all based on memories from my own teenage years – I attended an American high school in Tokyo, Japan, (ASIJ) where I had a fantastic time.  Those years were some of the best in my life and a high-school reunion brought it all back.  That’s when I began to write YA and it’s such fun!

In Instructions for a Second Hand Heart by Tamsyn Murray, Jonny needs a new heart and his time is running out. Niamh has just lost her twin brother in a tragic accident. As Jonny gets better, he becomes obsessed with the first owner of his heart and meets a grieving Niamh. Neither of them expects to fall in love...

The subject matter of this book was an emotive one but sensitively dealt with, we asked Tamsyn what inspired her to write the book:
The novel was inspired by a link Jojo Moyes shared on Facebook back in September 2012, to a blog by a mother who had just donated her own son’s organs after a tragic accident. The comfort that mother felt from knowing her son’s heart was out there somewhere, still beating, never left me – I’ve been on the organ donor register since I was sixteen and I knew right away that I wanted to write a story inspired by the blog I’d read. It is the hardest book I have ever written and I cried so many tears as I wrote – for the children I learned about during my research as well as for my own characters – but four years later, here it is and I am incredibly proud to have written it.

Paige Toon’s All About the Hype focuses on Jessie Jefferson getting used to being the daughter of one of the world’s most famous rock­ stars. With her own music career on the rise and a gorgeous love interest, Jessie’s glamorous LA life couldn’t get any better…  But things are about to get really com­plicated. Is her celebrity status all it’s cracked up to be?

We asked Paige what stirred her to write Jessie’s story:
I was inspired during my time at Heat by real-life rock stars who have children with multiple women. What must it be like for these kids, who don’t have much of a relationship with their dad – or even their half-siblings? What must it be like to barely know more about their famous dad than the rest of the population? I found the idea of forming a relationship with a famous parent at a later stage in life interesting, and that’s the direction I took when writing about fifteen-year-old Jessie. 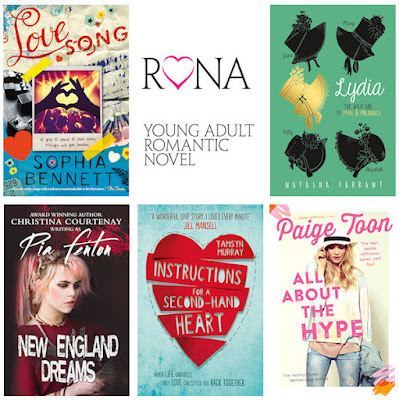