The winner is: Sophia Bennett!

As glasses were raised to the worthy winner of The Goldsboro Books Romantic Novel of the Year award Francesca Capaldi Burgess and Elaine Roberts started to plan their interview with Young Adult author, Sophia Bennett. Well done, ladies for a great interview.

Today we're thrilled to present an interview with Sophia Bennett, winner of The Goldsboro Books Romantic Novel of the Year award for 2017, and also of the Young Adult Novel of the Year, with Love Song.

Many congratulations, Sophia. How did you celebrate your two wins at the RoNAs?
The wins came as such a shock. I thought I would be having a quiet evening with some of my YA 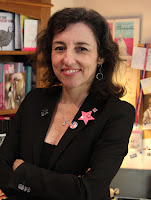 writer friends and it turned into something totally different and unexpected. The night itself was lovely but I had a major edit due the next day for a book that’s out in July, so I went to bed early and got writing the next morning. However, I’ll celebrate with the family when we’re all together at Easter, and I’ve been planning a trip to Paris with my boys, who are 10 and 16, using some of the prize money. I studied and au paired there in my early 20s, living in a little garret overlooking the Eiffel Tower, seeing lots of French films and visiting every art gallery I could find. (And every patisserie.) I want the boys to see my Paris, and hopefully they’ll find new aspects of it for me to discover with them. They’d probably rather be gaming, but sometimes kids have to make sacrifices.

Your first novel, Threads, was the winner of the Chicken House competition in 2009. Can you tell us about your road to publication?
I’ve wanted to be a writer since I was about 7, and it was my serious ambition since I was 12. But I wasn’t brave enough to try writing fiction until about fifteen years after leaving university, when Harry Potter came out. I was one of its very early readers, before it was famous, and both the story and the buzz around it inspired me to give up my City job and write my first adult detective novel, called The Body of a Dancer. It took me five weeks and it wasn’t published. Nor was my next. Nor my next. Over ten years, I was serially rejected by a range of impressive agents and publishers. Then in 2008 I entered the Times/Chicken House competition with my first children’s book. Over six months I rewrote this one 17 times to get the voice and plot right before I submitted it, which was something I hadn’t done before. The prize was a £10,000 publishing contract - and in fact, Threads earned out in foreign sales before it was published and became one of those dream stories that you occasionally hear of. But what’s most lovely for me is that the girls who read it then are now in sixth form, and they still come up to me and talk about it. It kicked off my career, and it’s a special book to me.

Your novels tend to be set in the fashion or showbiz world. What kind of research do you undertake?

I’ve always been mad about design, so I’ve picked up a lot of fashion anecdotes over the years and it was a joy to adapt and use them for Threads. A lot of the characters were based on my family, but exaggerated to fashionable extremes. I also carried a (very heavy) guide to couture fashion techniques around with me while I was writing. For other stories I’ve interviewed all sorts of people from models to paediatric oncologists. I based a scene in Mumbai on a cricket match my brother had with some street children there. I’ve used YouTube videos and rock autobiographies to get a feel for the settings. John Taylor’s In The Pleasure Groove and Hunter Davies’s biography of The Beatles were brilliant for Love Song, as was the fact that I’ve attended the Glastonbury Festival for years. I enjoy the research side so much, whatever form it takes, that I have to limit myself. I tend to write the story first and fill in the detail as I go along, so I don’t get carried away and end up writing a textbook on the subject. For my latest book, Following Ophelia, which is set in Pre-Raphaelite London, I couldn’t have done it without Wives and Stunners by Henrietta Garnett, who clearly did her research using diaries and letters of the women of the time. It gives a real texture to their lives that I wouldn’t have discovered any other way. Finding it was luck, but then, so much of writing is.

Where do you like to write?
Where it’s light, and warm, and relatively (but not totally) quiet. This includes various spots around the house, my bed on really cold days, my fabulous writing shed, where my mood board, spare notebooks, iPod and other essential bits and pieces are … and also a couple of local libraries and coffee shops. I do find that the coffee shops tend to overdo the background music these days, which puts me off, but I like to get out of the house and write occasionally. It means I’m less distracted by all the jobs I could be doing at home.

You seem very busy on your website, blog, facebook and so on. How much time do you give to social media?
Less than you might think. However, it’s probably over an hour a day - and more when a new book is out, there’s a blog tour to do and the website needs updating. I only do what I enjoy. I think that’s the key to social media. The tone of voice comes through and if you’re struggling with it, it shows. My brain doesn't ramp up to full writing speed until lunchtime, so mornings are a good time to catch up on Twitter for me. I’m on Facebook occasionally, but I’ve taken it off my phone so I don’t get distracted. I try not to get too engrossed in other people’s conversations because, fascinating though they are, I’d never get anything done. I love Instagram, because it’s so quick and easy and the results can look so lovely. At the moment my website needs more work to reflect the teaching and school visits I’m doing, so that’s my priority.

What are your writing plans for the future?
Uncertain. I have a backlog of ideas for books, which is normal, and I’m not sure which one to

follow. I was talking to my agent about it this week. I’m in the lucky position that a couple of publishers are interested in seeing what I do next for children or YA and I do have a couple of relevant stories up my sleeve. But I also love the idea of writing for adults now. I’ve always adored crime fiction - which is what I first wrote in my unpublished years - and I’m tempted to go back to it. My latest two books after Love Song are historical and I’ve enjoyed writing them enormously, so I may try more of that too. I’m also going to be an RLF Fellow this year, based at St George’s Hospital in Tooting, so it’s looking like a busy year this year. You never know with writing, and it hasn’t always been easy to keep doing it full-time, so I shall be very grateful for 2017.

Thank you so much for taking the time to speak to us, Sophia, and for giving us a wonderful interview. We shall look forward to seeing you at future Romantic Novelist Association events. Congratulations once again on winning The Romantic Novel of the Year Award. 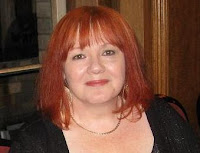 Francesca Capaldi Burgess has been placed or shortlisted in many competitions. Her shortlisted entry for The People's Friend serial competition will be published in May. She's had stories published in magazines worldwide and in three anthologies, including Diamonds and Pearls and 100 Stories for Haiti. She is a member of the RNA New Writers' Scheme and the Society for Women Writers and Journalists. @FCapaldiBurgess

Elaine Roberts is a member of the RNA’s New Writers’ Scheme and the Society for Women Writers and Journalists and is currently working on a family saga. She has sold short stories worldwide and enjoys attending RNA events such as the London Chapter and the annual conference. Elaine is a great fan of writing retreats either week long by the sea with friends or one-day retreats with fellow writers in her hometown of Dartford, Kent. @RobertsElaine11

Francesca and Elaine run a blog together called Write Minds
Posted by Elaine Everest at 7:00 AM