Karen Aldous: Under a Tuscan Sun

We welcome Karen Aldous to the RNA blog as she celebrates publication of her fifth book. 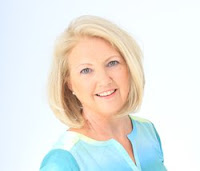 begun The Vineyard, the novel that had been in my head for years, whilst I was sat with Mum during her chemo in 2011 when she would nod off, and with that time, I began the first chapters. As it grew, I made a conscious decision to attempt the RNA New Writer’s Scheme which luckily I got on to in January 2012; a great impetus! The following day, I saw in Writer’s News, a local creative writing class, The Write Place, and immediately phoned and joined. Both organisations provided so much expertise and encouragement, perfectly syncing with my journey, that it wasn’t long before I found the confidence to start sending my work out. At the same time I sent my partial for critique with the RNA NWS, I also sent it to a novel competition, and although I didn’t win, I was contacted and got the opportunity to meet an editor who asked me to send it once complete. I did so a year later and eight weeks later, received a two-book contract. Mum had passed three months earlier to that offer, but having the chance to chat about the fact that she had followed her passion for dancing, I’m so grateful that she inspired me to follow mine.

You have such beautiful settings for your books. Are these based on your holidays or your dreams?
Both actually! I absolutely adore Europe and travel inspires me enormously. The stunningly beautiful French Riviera, and Provence inspired both the first The Vineyard, and third, which is titled, The Riviera, but in-between, I wrote The Chateau, which was inspired by a dream. I saw a woman repeatedly being dunked in deep water by a guard in a medieval doorway. Although the dream didn’t indicate the actual location, I instinctively knew why Montreux in Switzerland was constantly calling me. The Chateau de Chillon was the perfect setting for Agnes-Francescia, the unsettled spirit.
The main character in One Moment at Sunrise I met when I arrived at a beautiful villa close to the Canal du Midi, again in southern France. Her sadness prompted me to ask her questions and her story tumbled from her mouth and into my notebook. And, similarly with Under a Tuscan Sky, Elena, my main character’s nonna, voiced her troubles to me when I was on a recce for my daughter’s wedding - we stayed at a medieval farm with a beautiful villa and, the character Elena introduced me to her daughter Roz and her abandoned granddaughter, Olivia. Imagination is a wonderful tool that can take you anywhere, I happen to love immersing myself in beautiful locations – as long as I have a notebook in my hand!

How do you plan your books? Do you start with your characters or the plot?
Definitely characters - as you gather from the last answer, but once I have that character’s problem firmly fixed in my head, the other characters emerge to help and I begin to get create the outline. Once I’m happy that I have an interesting story, or plot if you prefer, I begin my character profiles and plan my scenes.

Tell us about your writing day.
Rarely do I have a typical writing day. I run a small business which I mainly only service now, but am blessed to be in a position to also care for my grandchildren, so my writing gets done on my days off mainly. If I’m not planning or researching, I like to shut myself away to get into the zone, starting early and walking the dog in-between which is great thinking time as well as much needed exercise when sitting all day.

Have you thought about writing in a different genre?
I’ve begun two dual-timeline novels which I’ve researched and aim to pursue, I love reading this genre and the way two lives can become so interwoven. It’s a difficult genre to do because you want your reader to fall in love with both characters from two eras, so yes, it’s my new challenge.

Have your readers met the character’s from Under a Tuscan Sky before and can you see yourself returning to this lovely part of the world in your writing?
Some readers may have met a few of the characters in a short-story I wrote recently for My Weekly magazine. It was published at the beginning of June. However, Under a Tuscan Sky is a stand-alone book. Having said that, I would love to write another story set in Tuscany, it’s such a beautiful region.

If we could jump forward five years where would you like to see your writing life?
Bearing in mind just how quickly the last five years have flown, five years are not so far away in the publishing industry. Of course I would love to keep writing, improving as I go and entertaining readers. I would love to hold my own paperback in my hand, but if I wrote a novel that readers loved and recommended to friends and, more ambitiously, it hit the Sunday Times Bestseller List, that’s where I’d love to be in five years.

When Olivia Montague’s grandmother passes away, she decides it’s finally time to make some changes in her own life. So she breaks up with her ‘going nowhere’ boyfriend and embarks on a journey to her nonna’s home in Tuscany.
Until now, Olivia has always believed that she’s incapable of love, after being abandoned by her parents as a baby. But with each day spent at the gorgeous villa nestled in the rolling Italian hills, she feels her heart begin to flutter …
And when handsome antiques dealer Hugh St. James arrives on the scene, she realizes things might be about to change forever!


Karen Aldous enjoys village life on the edge of the north-downs in Kent with easy access to the buzz of London. Not only does she love the passive pleasures of reading and writing, she also craves the more active pursuits with her family and friends such as walking, cycling and skiing especially when they involve food and wine!

Thank you, Karen and good luck with your book.

If you wish to be featured on the RNA blog please contact us on elaineeverest@aol.com
Posted by Elaine Everest at 7:30 AM