It's an absolute pleasure to welcome author Sally Quilford to the RNA blog today for an interview with Helena Fairfax, in which Sally talks about writing across genres, combining writing short stories and novels, and how she began her career as a prolific and successful author.

Welcome to the RNA blog, Sally. It's lovely to have you here!

Please tell us how long you've been writing, and about your published books and stories. 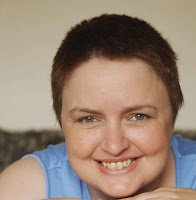 It’s come as a bit of a surprise to me that I’ve been writing for 22 years now! I started in 1995, around the time I took a GCSE in English Literature. I didn’t take it very seriously back then. I just wrote poems, stories, fan fiction. All those things helped me to cut my teeth as a writer and taught me a lot about story structure. It also taught me what I wanted to be. I decided pretty early on that I wasn’t bothered about being taken ‘seriously’ as a writer. I just wanted readers to enjoy my work. Then in 2007, I decided I would work a bit harder at writing, and I made a vow not to work for nothing anymore, unless it was for charity. In that first year I earned £10 for a letter in Woman’s Weekly. Things did improve and since then I’ve written around 25 novels and had nearly a hundred short stories published in women’s magazines. I’ve lost count of exactly how many novels and stories, and there are a few unpublished ones on my computer, which I never know whether to count or not. If I did count them, we’re talking nearer to 30 novels, and something like 300+ short stories!

You write in many different genres, including romantic suspense, crime and sci fi. Do you have a favourite genre to write in?
Romantic intrigue, always. This is because, as a child, my dad always had books by Jack Higgins and Frederick Forsyth in his house. And my mum’s best friend, who I called ‘Aunty Vicky’, always had Mills and Boon and Barbara Cartland books in her house. I devoured each genre whenever I was visiting either house. You can see how I might have mixed the two. In fact, though I doubt Higgins and Forsyth would admit it, they also mixed the two. There’s always a love interest. Even now, the brilliant Jack Reacher novels always include a romance of some sort.

Apart from the length - obviously! - what do you find most different about the process of writing a short story and writing a full-length book? Which do you prefer?
A short story has to be much more self-contained, and you can only deal with one issue. A novel, whilst reasonably self-contained, can have lots of issues to tie up by the end but also can leave questions unanswered. I think I prefer writing novels, because of the larger canvas. On the other hand, there’s nothing more satisfying than telling a whole story in 1500 words.

You've written a lot of stories and books. Do you have a favourite character? And do you find you're drawn to write about certain types of people?
My favourite characters tend to change as I write new books. But I think two of my favourites are May Tucker, from Bella’s Vineyard, which was my first ‘Western’ romance, and Bobby Harcourt from The Steps of the Priory. Bobby was very interesting, because he was only ever supposed to be a secondary character, yet he ended up taking a much more important role in the story. I tend to write about loners and people who don’t quite fit in, perhaps because I’m very much that way.

Who are your favourite romance authors?
I’ve already mentioned Barbara Cartland. I make no apologies for devouring her books time and time again. Admittedly they were of their time, but I always think we have to make allowances for that and not try to enforce modern day standards on old works of literature.  I love Kate Walker’s novels for Mills and Boon. Her characters always behave like proper grown-ups, and that’s what I love about them. And two authors who are sadly no longer with us. Penny Jordan, whose prose was just delicious, and Diane Pearson. Her novel, Csardas, is still one of my all time favourites.

Please tell us about your latest release, and how you came up with the idea.
The Curse of Lakeham Abbey is the follow up to last year's The Secret of Lakeham Abbey (you can probably see there’s a theme…) In the original novel, my young sleuth was just that. Young. He was a teenage boy in the late 1940s, and I supposed that if I wrote more about him, he would remain that age, or at least age gradually. So imagine my surprise when he appeared to me as a man in his eighties and said ‘Psst, I’ve got another story for you.’ I almost resisted, but Percy Sullivan is not a man to be ignored, so I wrote it. The novel carries on from the ideas in the first novel, where Lakeham Abbey is a place of darkness, and builds upon it, but in a modern setting. I like to think of it as modern gothic. If there is such a thing.

What are you working on right now?
I’m just about to start the second year of my MA in Creative Writing, so am working on ideas for that. Other than that, I can’t say. I find it very difficult to discuss ideas ahead of time. When I do, they tend to die a death. But my notebook, as always, is full of ideas and I’m hoping that one of them will be good enough to get me a pass, or at least another publishing deal.

Thanks so much for joining us, Sally, and for giving up some valuable writing time to talk to us!

The Curse of Lakeham Abbey is out now. Here is the blurb:

Everyone knows that Lakeham Abbey is cursed.
All the stories say so. Throughout the years, there have been mad women, murders, and a general feeling of misery that drives people away. When another murder takes place there, it only adds to the legends.
Some seventy years after his first visit to Lakeham Abbey, Percy Sullivan returns. He has lost none of his truculence nor his thirst for justice. The Abbey has been turned into luxury apartments, of which down-on-his-luck Percy is one of the first new residents.
When Julia Marsh is murdered and her husband, fading rock star, Jake, is imprisoned, Percy is determined to find the killer and free the grandson of his greatest friends. Tensions rise as secrets that threaten to destroy everyone are uncovered.
In a place where no one is entirely innocent, how will he ever find the guilty?

Posted by Helena Fairfax at 7:30 AM

Thank you for giving me time and space on the wonderful RNA blog!

Fascinating interview, Sally, it's always so interesting to learn about other authors and their books!

Thanks, Hywela! I’m a great believer that there is no right way to do it. It’s whatever works for the individual.


Henderson Elizabeth
Dr joy is a trust worthy spell caster and he will be of great help to you. I never believed in spell casting but After 4 years of marriage my husband left me because I lost my womb, and i was unable to give birth to children. I felt like my life has come to an end, and i almost committed suicide, i was emotionally down for a very long time, but thanks to this spell caster called Dr joy whom i met online after my friend Becky Ross told me how he also helped her to bring back her husband in less than 2 days. I believed her and decided to give Dr joy a try and i contacted him on his email joylovespell@gmail.com. and explained my problems to him. He laughed and told me that In less than 2 days, my Husband will come back to me again, and that he will restore my womb and i will give birth to children. At first i thought it was a joke but i took courage and believed as Dr joy has said and it did happen just as this Great spell caster said, My husband called me and was crying, begging for forgiveness. I forgive him and today i am so glad that all worries and problems has gone away, and we are even happier than before, another good news is that i am pregnant now, and very soon we will have our baby. Dr joy is really a gifted and a powerful spiritual man and i will not stop publishing him because he is a wonderful man. I advice you all If you have a problem and you are looking for a real and genuine spell caster to solve all your problems just Contact Dr joy on his email on joylovespell@gmail.com. because he will always help you to solve all problems. Once again thank you Dr joy. Thank you, thank you.
you can also call him or add him on Whats-app: +2348100452479.