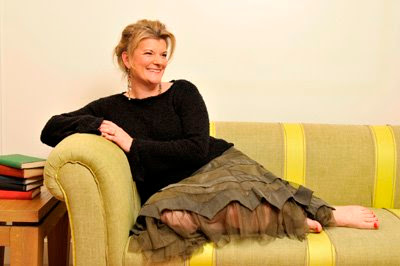 As anyone who follows me on Twitter knows, I am on a draconian fitness regime. It was my twentieth wedding anniversary in May, and I realised I was three stone heavier than when I got married. Something Had To Be Done! I looked at the causes and it was a no-brainer: sitting on bottom in front of laptop all day, regular trips to the fridge/kettle/biscuit tin, and over-dependence on the old Pinot Grigio. I’m sure I’m not the only writer with these symptoms, and I decided that if I didn’t want to keep piling on the weight in the same fashion, I had to take steps. After researching several diets and regimes, I decided to plump [!] for the one diet that is guaranteed to work – eat less and move around a bit more. Here are the changes I implemented:

1 Stop drinking! It was just a habit, after all – a fast track to relaxation, a way of getting all those characters in my head to shut up. But as another friend says, wine = liquid Mars Bars. You wouldn’t eat three of those in a night, but a bottle of PG can go down in a trice.

2 Keep word count and calorie count roughly equal – about 1500 a day. Both of which are totally do-able.

3 Avoid anything beginning with B – namely bread, booze, butter, biscuits. Brie, Bollinger, Battenburg, Beluga. You get the picture. [Broccoli allowed!]

4 Attempt some form of physical exercise every day. It’s amazing how a knotty plot problem can resolve itself while you’re out walking.

Four weeks in and I have lost nearly half a stone, am more toned, don’t get those sluggish slightly hung-over days, and my skin is dramatically less puffy and wrinkled. I’m hoping that by my publication day on 23 July I will have lost a stone – not that I am parading down Oxford Street in a tutu and angel wings to promote my book like Jordan, but it’s nice to have a target. 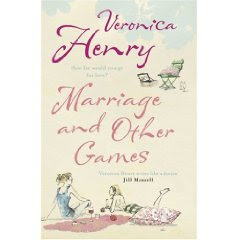 Veronica's latest book MARRIAGE AND OTHER GAMES is released on the 23rd of July 2009.

When girl-about-town Charlotte discovers her husband has been arrested for fraud, she flees to the wilds of Exmoor to nurse her broken heart ...

This weekend's post will feature a recipe for ice cream to beat the summer heat by author Kate Hardy.

Congratulations on the weight loss and the new book, Veronica!

Writing--or any form of working from home--is lethal for putting on weight, isn't it? It's so easy to do the coffee/snack thing to boost your brain power and stop yourself falling asleep over the keyboard (or is that just me?).

I have an exercise DVD that has made a big difference for my general fitness and the shape of my writer's bottom. ;-) It's divided into half-hourly sections so I don't have to carve out a whole hour from my working day. And, like you, I count calories. I never thought of matching them to word count, though!

I've always said that my backside is the same size and shape as my office chair. It fits a la a jelly mould. It now has a life of its own and can clear shelves in shops and knock people over without me realising.

What good advice. Now if only my will power would emerge and let me follow it...

Congratulations on the weight loss so far. Just shows that it can be done if people try. Keep up the good work.

Just dropped in to this, in between my exercises. Anyone else feel guilty doing exercise when they should be writing, and vice versa? I always thought it was the Cs to avoid: cream, chocolate, cheese, crisps...

Fraud, eh? Fascinating. I'm with Charlotte. I'd run like a hare. Can't wait to read MARRIAGE AND OTHER GAMES.

Looking forward to reading, Marriage and Other Games.

Excellent post - practical advice for writers! You are ane example to us all, Veronica, well done.
Melinda Hammond

Ah. Slight problem here. In a week's time we are going to be sharing a kitchen for the weekend. How am I going to stop myself hating you?

Got it. I'll lay in a stock of Pinot Grigio, rolls and chocolate digestives. There. not a B amongst them.

I have lost almost a stone on her diet too - she's stopped feeding me.

Enjoy your Twitter updates. Now I know the secret. No B foods. Will have to try that. Next week. Meanwhile, looking forward to your next book, will load up the Amazon.uk cart.

Well done with the weight loss, and for thinking up the ingenious calories=word count equation. Just try not to have any of those super-productive days when the plot flows like a dream, you can't leave the keyboard for a minute and you end up doing 4 or 5000 words ... (although, of course, if you do, then you deserve a 5000 calorie day as a reward!).

Well done on the weight loss.

I was thinking along the same lines as Olivia. Brilliant equation, but what about productive days? (Maybe that needs to be 3 words = 1 calorie. Hmm. Must work out how many words I have to write to earn a square of gianduja!)

Great tip about the exercise. Must stop avoiding the Wii Active Sports thingy I bought in a fit of good intention - until my deadline got in the way...

It's so simple isn't it? (Although honestly I'd add broccoli to that list). And it works. I know. I've done it several times. Yet here I sit with the bum as big as ever. It's not doing it, it's doing it forever that defeats me :(

Congratulations on the book. Looking forward to it.