ALWAYS THE BRIDESMAID, NEVER THE BRIDE

Linda Gillard talks about being short listed for awards... 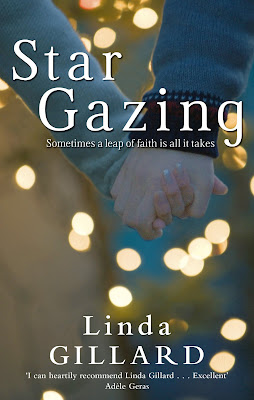 In conjunction with the RNA, Woman’s Weekly has just published their list of thirty of the best romantic novels published in the last 50 years, inviting readers to vote for their favourite. My third novel, STAR GAZING is on that list and I’m rubbing shoulders with my literary idols – Mary Stewart, Georgette Heyer and Dorothy Dunnett. Gosh.
I’m thrilled to bits, of course, but if I’m honest, my excitement is tempered with a sense of déja vu. You see, two of my three novels (EMOTIONAL GEOLOGY and STAR GAZING) have already been short-listed for five awards, none of which I won.
But surely just being long- or short-listed is wonderful? Well, as my friend Adèle Geras said, “Being on a shortlist is a thousand times better than not being on a shortlist”, but it can be something of a mixed blessing.
Book awards present wonderful PR opportunities that won’t necessarily be grasped by your publisher, so if you exploit its potential, a short-listing can make drastic inroads into your writing time. If you’re lucky enough to be short-listed alongside a famous author (in my case Cecelia Ahern for Romantic Novel of the Year in 2009) you’ll find publicity generates itself. It’s tougher if the short-list includes no big names. STAR GAZING was short-listed for the UK’s first environmental book award, presented at the Edinburgh Book Festival, but as the short-list was a celeb-free zone, there was no press coverage at all.
Being short-listed for awards may not boost your sales significantly. There’s usually only a few weeks between the short-listing and the announcement of the winner and it’s difficult to organise author events at such short notice. To maximise the benefits of being short-listed you need to be internet-savvy and publicise your book using Facebook, Twitter and blogs.
Personally, I wish the whole process stopped (with a huge party) at the short-list stage. Award ceremonies are stressful and if you lose, your “failure” is very public. It doesn’t matter how many people say it was a wonderful achievement to be short-listed, when they read out someone else’s name, you feel like a loser.
Paradoxically, I found the accolade of STAR GAZING being short-listed twice in 2009 led to a big loss of self-confidence and in the tired and disappointed aftermath of the award circus, I got very little writing done. I lost focus. When you’re trying to immerse yourself in the fragile world of a new book, it’s distracting to have to promote another, one that you maybe finished writing two years ago.
But the upside of being short-listed is making contact with a lot of people who are passionate about books, especially yours. You meet other authors, librarians, booksellers, readers and the indefatigable volunteers who organise the award. In cyberspace you befriend book bloggers who will follow your career and keep your books in the public eye long after a winner is announced.
Being short-listed for an award can be a time-consuming and emotional business, but ultimately I’ve found it rewarding – not in terms of sales, or my standing in the book world, but because it was exhilarating to have my work celebrated and acknowledged publicly as outstanding. And that’s what a short-listing means: your book stood out from the crowd. It still means that, even if you don’t win.
I’ll try to remember that the next time I lose. 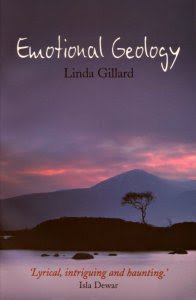 I know what you mean, Linda (having been there with Fair Deception for the Love Story of the Year), but I think the point is that you don't lose, you're a runner-up. The shortlist has been chosen by a much, much wider readership than the ultimate 'winner'. So yes, that is the prize, knowing that your book has stood out from all the thousands published to make it into the top contenders layer.

Yes, of course you're right Jan, and I'm told that readers and book bloggers set just as much store by the short list as the winner, which is comforting to know.