Victoria Connelly grew up in Norfolk before attending Worcester University where she studied English Literature. After graduating, she worked her way through a number of jobs before becoming a teacher in North Yorkshire. It was in Harrogate that I first met Victoria at our Flying Ducks meetings. We were sorry to lose her when, in 2000, she got married in a medieval castle in the Yorkshire Dales and moved to London. I know you worked hard to get published, Victoria, so tell us how you got into writing? 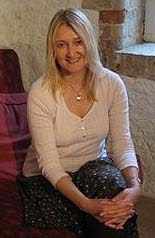 I’ve always written stories and attempted my first novel when I was fourteen, passing it under the tables at school for my friends to read – usually during maths lessons! I didn’t finish a full manuscript until I was 22 and I really thought I’d be published straightaway. However, it took many years and many more manuscripts before I found a publisher!

To plot or not to plot? How much of a planner are you?
I think I plan more in my head than on paper. I can often think about a novel for years before writing it. But I do write a brief outline of key scenes before I begin. It’s very patchy and often changes but I know roughly where I’m going. I don’t like to be too prescriptive as I like the surprises that can happen when you’re writing. There’s nothing more fun than when a brand new characters pops up from out of nowhere!


What do you think an editor is looking for in a good novel?
A page-turner. A book that grabs you from page one and holds your attention through an exciting plot and engaging characters.


Where is your favourite place to work?
I work best at my desk in a study I currently share with my husband. I throw him out, shut the door, try to avoid Facebook and Twitter and get on with my writing.

Do you write every day? What is your work schedule?
I try to write 1,000 words a day, five days a week. I work best late morning after all the animals have been fed, walked, cleaned and tickled. I also work well late afternoons and early evenings if I can avoid being distracted by the internet, that is!

Which authors have most influenced your work?
There are so many authors whose work I admire. My favourite books are H. E. Bates’s ‘Darling Buds of May’ quintet, and Miss Read’s ‘Fairacre’ series. Both are warm and highly-amusing portrayals of country life. Jane Austen has also been a huge influence. I read ‘Pride and Prejudice’ when I was seventeen and fell in love with it. But I think I’m influenced by films as much as books and watching all the wonderful romantic comedies of Doris Day, Gene Kelly and Marilyn Monroe whilst growing up nudged me in the right direction and I knew I wanted to write romantic comedies of my own.

What is the hardest part of the writing process for you?
Definitely the waiting! I’ve always loved writing but there is so much waiting involved. In the early days, it was waiting to see if an agent or publisher was going to take you on and that can take months. I would often have written another whole book by the time a rejection finally came through! Once published, you wait for feedback from your editor which is agonising. Will they like it? What do they want changing? You just have to get on with your next book and try to be patient.

How do you promote your books?
I do all sorts of things from interviews online and in magazines to talking at literary festivals and on the radio. I do events at bookshops and in libraries and talk to writing groups too, and have a competition on my website to win a signed book and goody bag – so do come along and visit! This year, I’ll be giving a talk at the Jane Austen House Museum in Chawton which is a real honour for me. I’ll also be talking about the 200th anniversary of Jane Austen’s first published book at the Worcester Literary Festival.

Do you have interests other than writing?
I adore animals and I’m passionate about animal welfare. I’ve got a springer spaniel from rescue and have just rehomed some ex-battery chickens and they are an absolute delight. I also love films, conservation, walking and baking which is just as well as we now have a regular supply of eggs!

What advice would you give a new writer?
Work hard and never give up. If you really want to get published, keep at it. Keep reading, keep writing and keep sending your work out to agents and publishers. Write as much as you can. Don’t spend five years writing one book – that won’t improve your story-telling skills. And believe in yourself. I had sack loads of rejections for a book that was later sold in an auction between five publishers and then made into a film! 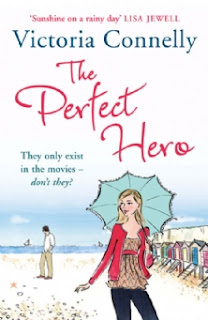 The Perfect Hero is the second in my trilogy about Jane Austen addicts. I’m a huge fan of Austen’s books and came up with the idea of a trilogy based on three different Austen locations: Hampshire, Lyme Regis and Bath. The Perfect Hero is set in Lyme Regis – the beautiful coastal town in Dorset famous for The Cobb. I wanted to write about a new version of Persuasion being filmed there and just knew that my heroine would fall in love with the dashing actor playing Captain Wentworth. But is he the right hero for her?

Can you tell us something of your work in progress?
I’m just finishing the third in the trilogy, Mr Darcy Forever, which will be published in the US in 2012. This one is set in Bath during the Jane Austen Festival. Then I’m finishing a book I began a while ago called The Runaway Actress about a famous actress who swaps Hollywood for the Highlands. It will be published in the UK in July 2012.

Thank you Victoria for being so frank and so inspiring for other writers struggling as you did in the beginning.


For more about Victoria and her hens, please visit her website:
http://www.victoriaconnelly.com

Great interview by a lovely lady! Your tenacity is an inspiration to all of us waiting for that break...

Thanks for the great interview. I can't wait to read your next books.

Lovely interview, Victoria, and you deserve all that wonderful success after working so hard!