Chrissie Loveday lives in beautiful Cornwall where she has built her dream house. As is the way of life’s happy little coincidences, her son lives in the same mountain village as me in Spain, so we’ve gossiped about writing looking out over the Mediterranean, a glass of chilled wine to hand. Her first writing effort was at age eleven when she sent in a play to Children's Television in which Pamela Brown, (Swish of the Curtain et al) was then a producer. Even though the piece was rejected, she gave Chrissie the encouragement to keep on writing, so tell us Chrissie, how did you first get published? 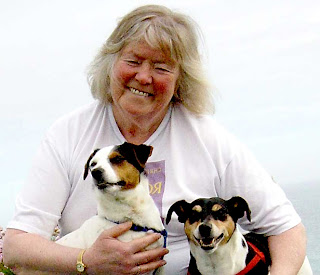 I think I’ve been writing stories for as long as I can remember but life got in the way of serious writing until I moved to Cornwall in the early nineties. I had a bit more time and the inspiration of a beautiful place to live. Short stories were my first published works and various educational materials followed. Then came the day when I got a call from Scarlet and my first novel was published. "Go and sit down and make a cup of tea" was the advice from the Editor. All I could do was mutter "But I don’t drink tea." I wrote two more for Scarlet but then they ceased publishing. I also wrote for Black Lace and recently, for DC Thomson. Thirty, for both My Weekly and People’s Friend Pocket Novels. The one ‘I had to write’ was a novel based on the life of my Father. I published "Rough Clay" as a print on demand initially but it is now in large print with Audio-Go.

To plot or not to plot? How much of a planner are you?
I usually meet my characters and the setting first and then start to discover what is happening in their lives. The plot evolves as I begin writing and they take over. So what does that mean? I sort of plot initially but then they take over and my original plot often gets a bit lost. I have done some novellas with little or no advance plotting. It’s actually much easier if you have proper guidelines but not nearly as much fun.

Where is your favourite place to work?
I have a corner of my bedroom set out as my ‘office’. It has dual aspect windows so I can see down the drive if anyone is coming, and the horses in the field. In front of me I have a view over the sea with towering cliffs. It is very beautiful and a complete distraction when the waves are huge and interesting birds fly by. But it’s really very practical as I often wake early and can get lots done before anyone else wakes up. During the day my three dogs sleep around me in their beds. They often manage to creep into my books and one likes to impede my typing by sitting on my knee if she’s a bit under the weather.

Do you write every day? What is your work schedule?
I usually write like fury when I’m into a book but I take time off between. We have lots of visitors so I will have a blitz before they come and then a complete break. It’s a useful cooling off time and I can come back to do the final read and edit. I usually write three or four novellas a year, all are now 50,000 words. 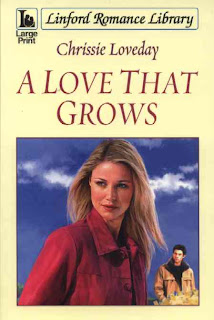 How do you develop your characters?
My characters usually begin to invade my life at odd moments. Some of them demand to have a voice early on and gradually, I suppose, I listen to them and decide how they fit into the plan. I have conversations with them and imagine what they would be saying as I go about various tasks. Gardening is good for listening and so is swimming. I suspect there’s probably a little bit of me somewhere in many of my characters as they say things I believe. I enjoy writing slightly nasty people best!

Do you find time to have interests other than writing?
I enjoy gentle gardening and try to swim most days, and walk the dogs. We probably watch too much television but I love dramas, property programmes and The Apprentice! Visitors are good and make us visit the lovely places around Cornwall. I also love travel and have visited many countries. I have a particular love of New Zealand, which I have visited several times.

What advice would you give a new writer?
Keep writing and never be too discouraged by adverse criticism. I suspect we’ve all had rejections but if you’ve started the next one, the first is no longer your precious baby. Mind you, rejection still hurts and never take previous success for granted.

Do you enjoy writing sequels or series? If so what is the special appeal for you?
I have just completed my first trilogy for People’s Friend Pocket Novels. It’s the first time I have written books in a series and I loved it. I knew the main characters for a long time and watched the youngest sibling grow from a small child into a young woman. Fascinating. I hope to write more of this type.

Do you enjoy research and how do you set about it?
Many of my books have grown from places I’ve visited. I usually buy lots of books about special sites and take pictures and make DVDs. This is the most enjoyable research. I lived in the Potteries during childhood and my father had his own china factory so topping up my knowledge of the area is also enjoyable. I find the Internet an amazing tool. Information is so easily found but it can also be a terrible temptation to read more and more and wham, the morning’s disappeared. Of course, the writers on ROMNA know just about everything between them!

Tell us about your latest book and how you got the idea for it.
As I mentioned earlier, my latest book is the final part of a trilogy set in the Potteries. This one is set in 1938 and tells the story of Lizzie, the youngest daughter of the Vale family. She aspires to become a journalist but as a young woman, is considered only suitable for secretarial work. Of course she falls in love and the rest of the family also have their tales to tell. I started with the oldest daughter Nellie, a talented painter in the Pottery industry. My editor asked for more about the family and then a final part came from this. Part two is just available and Part Three is due in November this year. They will also be available in large print later. 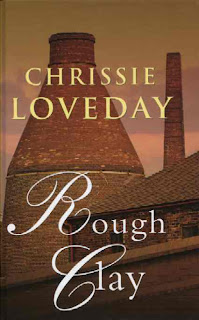 Thank you so much, Chrissie. I’m sure everyone will be inspired by your professionalism, and I love the idea of writing with a view of the sea. For more about Chrissie and her books visit: http://www.ChrissieLoveday.com http://www.Rough-Clay.com

Chrissie, yours is one of the loveliest and natural interviews I've read. Most interesting and enjoyable. Envy your view of the sea but I shall just have to be content with my bush garden and glass prisms. I, too, write for My Weekly Pocket Novels.