Today we have Hazel Osmond who lives in Northumberland with her husband and two teenage daughters. She has been an advertising copywriter for over 20 years. In 2008 she won the ‘Woman & Home’ short story competition (sponsored by Costa), then the Yeovil short story prize. Her stories have also appeared in the Sunday Express magazine, My Weekly, and the anthologies: ‘The Book Lovers’ Appreciation Society’ published by Orion and ‘The Ways of Love’ published by Liz Bailey. Tell us, Hazel, how you sold your first book, and if you had any rejections before getting that exciting call. 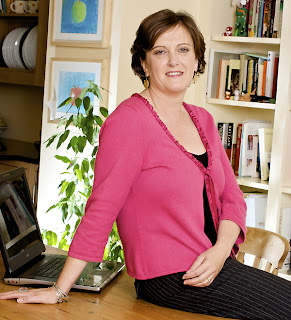 I found an agent, Broo Doherty, relatively quickly after finishing Mr Wolfe, but it was almost twelve months before Quercus offered me a two book deal. In that time I had about 10 rejections which did get demoralising, but as I write short stories too, I had those to fall back on and won a couple of competitions during that long wait. I remember exactly what I was doing when I got the call about Quercus – stirring the sauce for the pasta. I think by the time I’d stopped leaping round the room with my daughters, the whole meal was overcooked.

To plot or not to plot? Are you a planner or do you just dive in?
With ‘Mr Wolfe’ I didn’t really plan much at all. I knew what the major events were going to be in the plot, but once I’d got the characters, the rest of the story just evolved around those events. In my next book the plot is more complex and I had to get the timelines right so there was a lot more planning.


What is the hardest part of the writing process for you?
To be honest, stopping! I have to fight the urge to keep adjusting and titivating. Deadlines are great for me because it means I eventually have to let something go.

How do you relax? What interests do you have other than writing?
I like to get out and walk. Northumberland is a place of big skies and wide open spaces and fantastic beaches and if I need to really relax I put on my walking boots and head as far away from other people as I can get. I get some of my best ideas while I’m walking and I haven’t encountered a problem yet that didn’t unravel itself on a good walk.

The other way I relax is through acting – being someone else for a while. I’m part of an Amateur Dramatics Club, not the wobbly scenery and fluffed lines kind, it’s a good one. We’ve performed at the Edinburgh Fringe twice and over the years I’ve had the opportunity to play Lady Macbeth and Helen of Troy. Not a lot of women can say that. I find acting helps a lot with my writing – it teaches you about pace and plotting at first hand. You soon find out what makes people in the audience sit up and listen, or conversely, drift off.

What advice would you give a new writer?
Find an objective, kind person who reads a lot, particularly in the genre in which you write and ask them if they would be willing to give you feedback. It’s important that they are both objective and kind – you don’t want someone who tells you what you want to hear, but on the other hand, feedback from someone who is abrasive can do lasting damage to a writer’s self confidence. Once you’ve found your person, listen to anything they say carefully and ask yourself honestly if you need to act on it. Don’t be proud. People like this are as rare as hen’s teeth and to be cherished if you find them.

What draws you to your particular genre? Are you a specialist or do you have another identity?
I’ve always been fascinated by the fact that you can be living one kind of life and then suddenly you meet someone and everything changes. Even if nothing comes of it, everything you thought was solid and immovable in your life gets shifted. That’s a powerful kind of magic, so that’s why I write romance. And why romantic comedy? Well I tend to try and see the humour in most things and those who don’t take themselves entirely seriously, even in serious situations, are usually the kind of people I gravitate towards and therefore want to write about. I don’t have another identity, but my short stories allow me to experiment with different voices and sometimes bleaker subject matter.

How do you promote your books, and what tips can you offer other writers?
Although my experience of promoting my book is limited, I have worked as an advertising copywriter for over twenty years, so I’ve picked up some ideas along the way. I did my own press releases for the papers and magazines in the area in which I live and didn’t go for the big claims or over the top exaggeration – I found a funny headline, a little bit about the book and then details about what my links were to the area got the best response. You can try the same approach with any area you’ve lived or worked as long as you emphasise what your link is. A bit of humour and humility doesn’t go amiss.

I’ve also visited all the shops selling the book and asked them what I can do to help sell them, and that’s resulted in a few signing opportunities. It’s worth seeing if there’s a book festival on in your area, whether local radio interviews local authors and if your libraries or local book clubs would be interested in having you come along for a chat. People are often eager to fill slots and if you show you’re willing to ‘sing for your supper’, you can find all kinds of doors opening.

Do you ever suffer from writer’s block? If so, how do you cope with it?
I had writer’s block until I was about 45!! I spent my days writing adverts and brochures but it honestly didn’t occur to me to try my hand at story-telling. When I stumbled on writing fanfiction and discovered that I could not only keep people coming back for the next episode, but also sustain a story over forty chapters, it was like being given a new lease of life. If I ever do have slow days with a book, I switch and have a go at a short story and I find that usually helps.

In what way has the RNA helped you or your career?
It’s introduced me to some lovely people nationally and locally. In my experience writers are generous people and members of my local chapter of the RNA have helped promote my book by writing reviews and putting me in contact with booksellers and given me the benefit of their experiences with their own publicity efforts. Hearing how other people are getting along with their writing or how they deal with setbacks all helps you feel that you’re not alone. 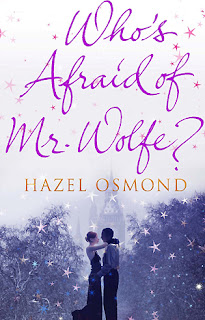 Tell us more about this first book you've had published, and how you got the idea for it.
I wanted to write a traditional romance in the sense it would have an Alpha male, but I’ve always been fascinated by lone wolves – not simply how fierce and wild they are, but also the sadness that seems to hang about them. So that was my basic idea – a strong man who might not be as strong as he seemed and a woman who had to get a bit braver than she was. I wanted to make their story a powerful one but also funny, and I set it in an advertising agency because advertising is full of quirky characters.

Can you tell us something about your work in progress?
It’s set in Northumberland and involves an ex-journalist who arrives from London pretending he’s writing a walking book but really plans to get the inside story on a famous actress by befriending her cousin. He gets a huge shock when he arrives and his life and a lot of other lives get turned upside down as a result. It’s giving me the opportunity to explore yet another thing that fascinates me – how people are judged on their appearance, and it features an Amateur Dramatics Club!!


Hazels' first novel, Who’s Afraid of Mr Wolfe (Quercus Books) was published in April 2011
Further information about Hazel can be found at http://www.hazelosmond.co.uk

Very interesting interview, Hazel - especially the bit about your acting helping with pace. And that was amazing to win the W&H competition.