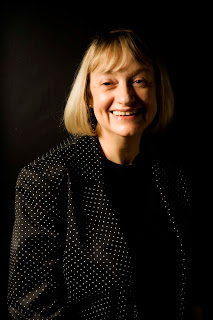 Today we welcome Evonne Wareham to the blog. After spending many years in London, Evonne now lives on the Welsh coast. Both locations feature in her books, along with a number of other European cities. She likes to write books that are exciting, romantic and glamorous - a shot of escapism when the world looks drab and grey. She says they are also a bit scary. Her debut novel – NEVER COMING HOME - won the RNA’s Joan Hessayon New Writers’ Award in 2012. Do tell us what made you want to write and how you got your first break?

I’ve been writing stories ever since I was a child, but it took me a long while and a lot of experimenting to figure out which genre suited me best, and that proved to be romantic suspense. My break came with success in America when I was a finalist in a number of competitions for unpublished authors. Then in 2010 I had the chance to pitch one of my books to Choc-Lit while attending the RNA’s 50th anniversary conference, in Greenwich. Seven months later they offered me a contract. My feet haven’t touched the ground since.

Writers are always asked where they find their ideas. What inspired you to write your latest book?

A very boring answer – I don’t know. The latest book is a paranormal thriller, involving mind reading. Something kicked off the idea and I wrote a whole pile of scenes, out of order, which is not something I usually do. Then I put them away, as I couldn’t see where I was going with the manuscript. I got it out again, figured out what to do with it, and finished it.

How long, on average, does it take you to write a book? How much editing do you do?

It probably takes about seven or eight months, but I’m usually working or studying as well, so my writing is not full time. I have this illusion that I never do any editing – but in reality, that is totally untrue. I’m a dinosaur and write my first draft longhand, going back over what I have written and correcting it before beginning work on the next section. Then it gets typed and revised and then I go through it again for typing mistakes which is also another opportunity to revise. So it gets at least three layers of editing, but I still kid myself that is not what I am doing. It seems to work.

Do you plan the structure before you start or let it emerge as you write?

I usually have a very clear picture of how the book will develop and how the threads will fit together, before I start to write – it’s actually one of my tests that a book is ready to be written and not just ‘idea soup’ floating around in my brain. That said, the book always takes off and moves itself in less expected directions once I have started to write. The working of a writer’s subconscious is a marvellous thing. I love time-lines – it’s my favourite way of working out what comes next. And I will sometimes write scene ideas on pieces of paper and shuffle them until I get them in the correct order.

What would you say are the essential ingredients of a good romantic suspense novel?

The romance and the suspense both need to be compelling and equally balanced. The suspense element has to contain a real threat and be something that draws the hero and heroine together. I need to see them developing as a partnership, while dealing with whatever nasties I can think up to throw at them. I like heroes who are in control, but not bossy, and heroines who can look after themselves, but are strong enough to realise when they need some help. And the romance has to contain fireworks and surprises too. 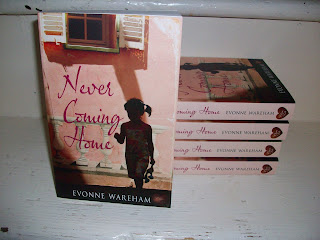 It’s always good if they have emotional baggage/secrets, so that learning to trust is part of the package. In romantic suspense there is scope for the baggage and the secrets to be very big, involving life and death situations. The genre gives the writer the opportunity to throw characters into extreme and challenging situations where they turn to each other to make sense of what is going on, and to get out alive. The strength of the romance has to match up, but in that sort of situation, it usually does.

I like to read, to travel (when I get the chance) and I love the theatre. All of those feed into my writing, so I can call them research. I currently have a parallel life as a university student, studying history, so I also enjoy spending the day in an archive or record office, with my head buried in something obscure and dusty.

I read a lot of American romantic suspense – Nora Roberts, Karen Rose, Lisa Gardner – and wish I could write as well as they do. I also like historical romance, cosy crime, and ‘treasure hunt’ books – the ones that usually have lost artifacts or manuscripts and legendary building, like libraries or tombs.

Anywhere warm! I met a writer at a conference once who took a month every winter, flew to somewhere sunny and spent her days on her balcony, writing, and then relaxed in the evenings with a nice meal and a glass of wine. At the end of four weeks she felt great and had the bones of a book. Trying that out has been on my ‘bucket list’ ever since!

Can we look forward to more in this genre, or do you have an itch to write something entirely different?

I did a lot of experimenting before I found a genre that really suited me, so I don’t think I will have an itch to change for a while – I got it out of my system before I was published. I still have a drawer full of completed manuscripts which I enjoyed writing, particularly some swashbuckling historicals that I would like to go back to, one day. Not in the immediate future, though. 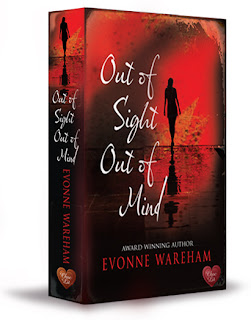 Everyone has secrets. Some are stranger than others. Madison Albi is a scientist with a very special talent – for reading minds. When she stumbles across a homeless man with whom she feels an inexplicable connection, she can’t resist the dangerous impulse to use her skills to help him. J is a non-person – a vagrant who can’t even remember his own name. He’s got no hope, until he meets Madison. Is she the one woman who can restore his past? Madison agrees to help J recover his memory, but as she delves deeper into his mind, it soon becomes clear that some secrets are better off staying hidden. Is J really the man Madison believes him to be?

Pub in paperback from Choc lit on 7th March.

Thank you for sparing time to talk to us today, Evonne. We wish you continuing success with your books.