Everyone has secrets. Some are stranger than others.
Madison Albi is a scientist with a very special talent – for reading minds. When she stumbles across a homeless man with whom she feels an inexplicable connection, she can’t resist the dangerous impulse to use her skills to help him.
J is a non-person – a vagrant who can’t even remember his own name. He’s got no hope, until he meets Madison. Is she the one woman who can restore his past?
Madison agrees to help J recover his memory, but as she delves deeper into his mind, it soon becomes clear that some secrets are better off staying hidden.
Is J really the man Madison believes him to be?

This is the story of two girls, Elizabeth de Lacey and Lucy Storey, both from the Norfolk village of Nayton, the one wealthy and privileged, the other the daughter of the local stationmaster, poles apart but linked by war. For both of them it is a time of risk and danger, for secrets and betrayal, and for finding love in the most unexpected places. 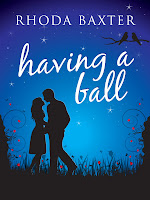 
Stevie has always relied on her brother to bail her out of trouble. Now she needs to prove to him that she can be independent and mature. When she takes on a job organizing a charity ball for some slightly barmy retired academics, she’s not expecting to fall in love with the rambling old house, the even more rambling family that lives there and Tom, the boss’s son. If she can make the ball a success she could show the world, and herself, that she’s her own woman. She doesn't need anyone else. Nope. Not anyone. Not at all.

STAND AND DELIVER! Incorrigible Jack Beaufort, Earl of Frensham, with a scandal at his heels, is taking an enforced sojourn in the country. He hardly expects to confront a highwayman in this quiet retreat. Or to discover, when he lays hands on the villain, a form that is undeniably female...Should he unmask the daring Miss Lacey and hand her over to the law? Or follow his rakish instincts to take the law and that temptingly curvaceous form into his own hands?

Rafe Perez's great love was the rain forest and its native inhabitants,so Gina, whose father ran the logging company he hated so much, could never win his heart. Her longed-for trip to Brazil meant adventure, but
also danger. Perez was paid to make sure the crazy little rich girl made it safely through the jungle and got the photographs she needed for her book, but nature wasn't the only enemy they had to face, and theircompanions were not people to trust with your life...

Rachel thought this would be a routine undercover job as a private detective but when she goes to Shane Stevens’ house, she’s drawn into his world of dark secrets. Will she be able to resist the charismatic man or will she give into his seductive ways and turn her back on everything’s she’s known and loved?

Which woman will he claim for his own – the dancing girl or the princess? The final stage of Sir Gavin’s tongue in cheek medieval romp brings more conflict plus tragedy and passion.
<http://www.tonisands.co.uk>

Norfolk 1944 - When Bessie Rushbrook takes in an evacuee girl, it starts a chain of events which stir up old secrets and promises and threatens to rip her family apart.

Beth Johnson, an upbeat, single mum living and working in London, is taking the humorous challenges of life in her stride. Her career is fast-tracking but that’s secondary. Baby Jacob comes first, his care and development paramount. However, when Beth’s impeccably-organized childcare routine implodes at the worst possible moment, she is forced to leave Jacob with unlikely ‘nanny’, Davit Kacharava, Georgian migrant and total stranger, even if he is gorgeous. Beth is drawn to Davit but he resists. He knows she is living a shocking lie, keeping a secret that overshadows the joy of day-to-day life. Can she face the truth - do what’s right for herself, Davit and Jacob - before it’s too late?

Posted by theromaniacs at 7:30 AM