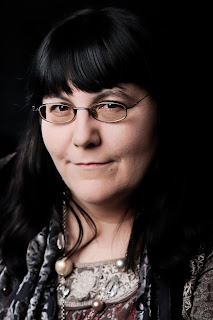 I’m delighted to welcome Victoria Lamb to the Blog today. While studying Elizabethan and Jacobean playwrights at Oxford University, Victoria developed a desire to write a series of novels about Shakespeare's 'Dark Lady'. Now a busy mother of five, she has finally achieved that ambition. Along the way, she has published five books of poetry under the name Jane Holland and edited the arts journal Horizon Review. She is also the author of a series of Tudor novels for teens. Victoria lives in a three-hundred-year old farmhouse on the fringe of Bodmin Moor, Cornwall, with her husband and young family. She is currently working on her third novel featuring Lucy Morgan.

Tell us about your latest book. Is it a sequel to The Queen’s Secret, or does it stand alone?

HIS DARK LADY is a sequel to THE QUEEN'S SECRET, and begins in 1578, only a few years after the previous book ends. It begins by following up on the illicit relationship of Robert Dudley and Lettice, Countess of Essex, and the love triangle with Queen Elizabeth. But the main two plots of the book, which is a multi-strand narrative, concerns the increasing tension between Elizabeth and her cousin Mary, Queen of Scots, and the forbidden love developing between Lucy Morgan and young theatrical William Shakespeare. You don't need to have read The Queen's Secret though to follow the story.

This story involves Will Shakespeare, who you introduced as a young boy in the first book, what is it that attracted you to include him in the story? 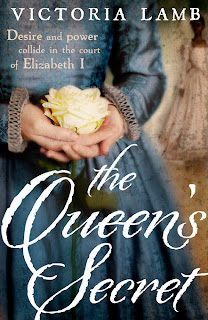 Shakespeare was always an integral part of the overall plot design behind these books. We meet him as a boy of eleven in THE QUEEN'S SECRET, then find him again as an adult in HIS DARK LADY, where he falls deeply - almost obsessively - in love with Lucy Morgan. Shakespeare is now a narrative character in his own right, though only a cameo in THE QUEEN'S SECRET, and his story will be concluded in the final book. Writing from William Shakespeare's point of view was probably the greatest challenge I've had to face so far as a novelist, and took a great deal of nerve. I'll leave it up to readers to decide how that narrative voice turned out.

A great deal of research must be involved in your books, how do you keep tabs on it all? Do you like to make notes beforehand, or discover what you need as you write?

When I was at university, I found taking notes often interfered with my ability to truly absorb and understand information, and that has continued into my life as a novelist. I tend to read my research books with total absorption, so the information is retained. Dates I need to note down, and marriages, births, deaths etc. But the overall research is best drawn in wholesale and then synthesised as I write, so it's an overall picture in my head rather than a random scattering of notes in a folder.

Where one specific detail is required, I tend to research on the hoof, or find a way round it if the fact is simply too difficult to discover. In my opinion, too much is made of the importance of period research, usually by academics; what most readers want from historical fiction is a gripping story about real people and their relationships in a time not our own. Not a detailed list of what they might have eaten or worn on a particular day, though those facts can be fun to include occasionally.


How much of a part does your camera play when doing research?

It depends on the setting. Not all the places in my novels still exist. Woodstock Palace, from my YA novel Witchstruck, for instance, is just green fields and woodland now. With HIS DARK LADY, there is almost nothing left of the Tudor London Shakespeare would have known. However, there is still an incredible buzz to be had as a theatre-goer on Bankside. So research for that era becomes dinner in a Greek restaurant before a performance of Shakespeare at the Globe, then wandering along the dark tidal river afterwards, listening to the lapping of water against the shore. That's when photographs become vital, to capture the atmosphere of a moment as well as a place. HIS DARK LADY is set long before the original Globe was built, but the buzz of that lifestyle would have been the same. So the buzz is what I try to photograph during research trips. How do you set about creating your characters?

As you write historicals, how do you keep them in period yet sympathetic to readers? 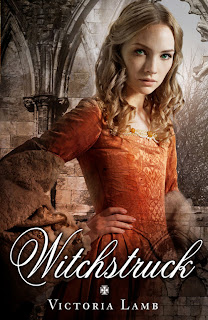 I try to see them as real people rather than characters, and I meet real people everyday. All I need to do is imagine those people living under the particular restrictions of that time - religious intolerance, sexual inequality, a strict social hierarchy - and second-guess how that person might behave under such restrictions. It can be hard sometimes, especially with female characters, not to put twenty-first century attitudes into their mouths. I'm not sure readers always understand that. Yet at the same time, there were some fabulously anarchic women in history who broke free from those restrictions, or attempted to. So I try to balance that need for verisimilitude with my need to create female characters who can make a difference to their world.

What should every good writer avoid?

A fried breakfast. And not leaving too long between stints at the keyboard. It's very easy to lose touch with the mood and pace of a book simply by not writing for a few days. Even if you can't write, you could be reading back what you've already done, or planning ahead. With novels, absence does not make the heart grow fonder...

So where will the story lead us next? Having enjoyed the first novel I can’t wait to read the second, are there more Tudor stories to come?

The third part of the Lucy Morgan trilogy is in edits at the moment; its working title is HER LAST ASSASSIN. There are also two books still to come in my Tudor Witch series for Young Adult readers (the first book, WITCHSTRUCK, just won the YA Romantic Novel of the Year Award), and that series may continue beyond them. Looking further ahead though, I could be moving away from Tudor England and rather closer to modern day. Watch this space! 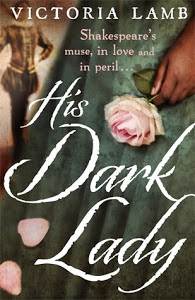 London, 1583.
When young, aspiring playwright William Shakespeare encounters Lucy Morgan, one of Queen Elizabeth I's ladies-in-waiting, the two fall passionately in love. He declares Lucy the inspiration for his work, but what secret is Will hiding from his muse?

England is in peril. Queen Elizabeth's health is deteriorating, her throne under siege from Catholic plotters and threats of war with Spain. Faced with deciding the fate of her long-term prisoner, Mary, Queen of Scots, she needs a trusted circle of advisors around her now more than ever. But who can she turn to when those closest to her have proved disloyal?

Thank you for sparing time to talk to us today Victoria. We wish you continuing success with your books.
Best wishes, Freda