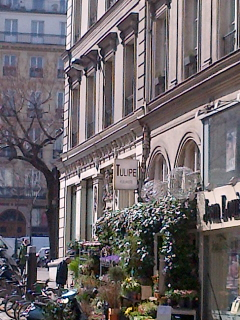 and romance is in the air.

Lizzy Edmondson, aka Elizabeth Aston, with good news for writers.

Romance is hot in France!

Last weekend, I was in Paris for the Book Fair. My publisher, Bragelonne, invited me to sign my book, Darcy dans L’Âme (True Darcy Spirit), which was published to coincide with the fair. 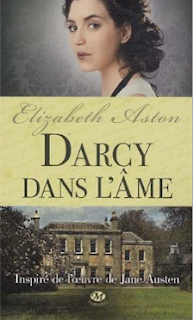 I signed masses of books and chatted in my rusty (shame on me) French to readers of all ages from bashful teens to chic grannies. I also did an interview for Les Romantiques blog and took part in a conference session, 50 Nuances de Romance. 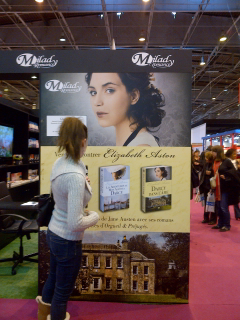 And, after the day’s work was done, it was out to a delightful restaurant, with Stéphane Marsan, the CEO and founder of Bragelonne, as a charming host.

The Paris Foire des Livres isn’t like Frankfurt or the London Book Fair. Those are trade shows, with neither authors nor readers especially welcome. In Paris, it’s all about the readers, and more than 200,000 of them flocked through the turnstiles - at €10 a time - to throng the aisles and booths, look for favourite writers, discover new ones and talk to authors and publishers. The atmosphere was lively and busy, and, from where I was sitting on the Milady stand, tantalising - we were opposite the cookery section and the demos sent delicious aromas into the air. (Cooking is big in France - quelle surprise - with TV shows immensely popular, just like on this side of the channel.) 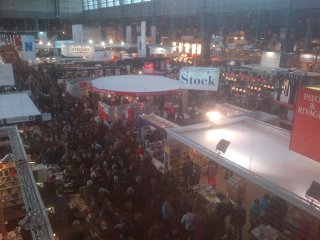 Which makes it strange that there are virtually NO French romance authors. I didn’t make that up, it’s what my publishers told me. So where do they get their books from? From abroad. They’re thrilled with the success of their romance titles, bought from America and England, from big publishers and small publishers and even self-publishers. They translate - which isn’t cheap - but it’s worth their while as the market is growing all the time. They hope that more French writers will leap to their keyboards and hang out their hearts, but only a few are venturing into these rose-coloured waters. Why aren’t they? Dare one say, intellectual snobbery? There’s certainly an element of that, a shudder of distaste at such a popular mass market. Where’s the noir, the significance in romance?

What an opportunity for English writers. Publishers like Bragelonne are actively looking for titles for their Milady romance list, as well as for paranormals and urban fantasy under the Castelmore imprint. As you can tell, they’re big Dumas fans at Bragelonne, and in a way that’s a statement of intent. They don’t shun what’s popular; what they and the readers want are good stories to make your heart beat a little faster.

This trend hasn’t gone unnoticed in the wider world. This article appeared in the Times business section this week (don’t you love the snooty remark at the end?), proof positive that Romance has come home to La Belle France. Hooray! Or, as I should say, Hourra! 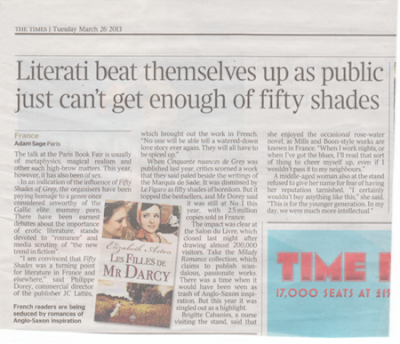 Elizabeth is helping organize a one-day crash course, Pitch across the Pond & Beyond about how to sell your book abroad, and Stéphane will be there, together with Christine Witthohn, a leading US agent - they're a great pair to listen to and meet.
Posted by Unknown at 6:06 AM

The fair looks fabulous, congrats on such a huge signing.

I go to France regularly and thinking about it, yes, there are lots of American and possibly British books on the shelves there. A very interesting article. Thank you.

Really interesting. The fair is such a good idea - I know we have literary festivals and events like Theakstons, but nothing quite like that. Perhaps I should turn from crime!

Thanks for the article Elizabeth, it was great and well explained. Soon, we will upload the interview. (Fabiola from Les Romantiques)

Thanks for the article, Elizabeth. I had a book, An Arranged Marriage, go to Bragelonne last year. You prompted me to check, but it doesn't seem to be out yet.

I'd love to have more books in French,

Jo, I confirm that actually, only one of your books have been translated into French: Winter fire (Ennemis à jamais) by J'ai Lu. Maybe soon for another one...

Fascinating article, a market definitely worth investigating.
Best of luck with your new book, Elizabeth.

Thank you for this insight Lizzy.

Great article, Lizzy, and congratulations on your success.

My Silhouette Desires and Loveswepts were all translated into French. Now I guess I need to get busy getting my newer books done.