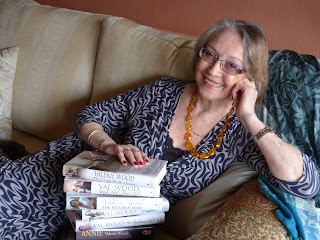 I’m delighted to welcome bestselling author Valerie Wood to the blog today. Val’s writing career began when she won the first Catherine Cookson Prize for Fiction in 1993. Seventeen more novels have followed. Do tell us something of your writer’s journey.

I always had a fertile imagination and constantly jotted down pieces of prose, doggerel and pathetic attempts at poetry, but it wasn’t until much later that I began to take myself seriously and joined a writers’ workshop. It was during that ten year period that I became inspired by the crumbling cliffs of East Yorkshire and the history of the lost villages in the region, and began to pen my first novel THE HUNGRY TIDE, which won The Catherine Cookson Prize for Fiction.

It must have been so exciting to win such a prestigious Award. What advice would you give to aspiring writers who enter competitions in this way?

Actually I was persuaded to enter and did so without thinking that my book might win. When it did I was euphoric and on cloud nine for months, not totally realising how my life would change. I can only say to aspiring authors, if you are really committed, grab any opportunity with both hands and don’t ever be afraid that your work won’t be good enough.

You write wonderful family sagas, tell us something of your particular theme and favourite period. 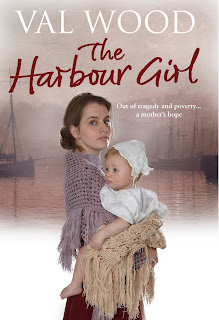 I am very comfortable in mid 19th century. I research thoroughly the subject I have chosen for a novel, be it poverty, the workhouse, the children working in dreadful conditions in local mills, and particularly on the rights of women. I have also written on lighter subjects such as the music hall and fairgrounds, which were so important to the community of the time. I feel that this period is almost touchable and although it is beyond memory, still has an influence on our lives through our own ancestry.

What inspires you most, people or places?

Ideas for a writer with an imaginative mind often pop up when least expected; and living as I do in East Yorkshire and close to Hull, Beverley and rural Holderness where there is an abundance of history and places in which to explore it, plus the wide skies and undulating countryside, the Humber estuary and the sea which call to me constantly, I might say that it is the places. But on the other hand, a novel would be pretty empty without strong and meaningful characters. I can see them, touch them, smell them, and so the honest answer is that I don’t know. Both in equal measure I think.

Do you edit and revise as you write, or after you have completed the first draft?

My aim when starting a new novel is to get the first few chapters down whilst the story is fresh in my mind. I try to write a chapter a day and the following morning before starting the next one, I check and revise what I’ve written the day before. This is not to say that I won’t make changes later as the story progresses and something occurs to me, which I feel I must change immediately. I finish the first draft, print it out, read it and make amendments in free hand before going back to the computer and starting again at the beginning.

Of all the characters you’ve created, is there one that holds a special place in your heart? 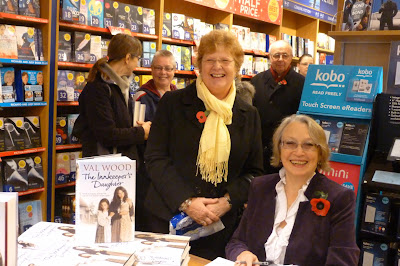 I feel an empathy with all of my characters, particularly those who have pulled themselves up from extreme poverty or hardship and one such of these is Annie, who appeared in my first book, THE HUNGRY TIDE. and although not a main character there was something about Annie which moved me and I wanted to know more about her. I moved her out of the story with the threat of the gallows hanging over her, and when I finished The Hungry Tide I immediately began ANNIE, her very own story. But this is the oddest thing, I was well into her story when I heard the news that I’d won the Cookson Prize, and the character Annie changed from being a sorry miserable creature without any hope, to becoming positive, humorous and strong. I don’t know what this says about me as a writer, but she remains to this day one of my favourite characters.

Without a doubt, and I was an avid reader, miserable without a book in my hand, it was Little Women by Louisa M Alcott. I read it and re read it, often beginning it again as soon as I came to the end. And Jo was the favourite character.

If you met your fairy godmother, what would you wish for?

Well, many authors would say the same - a film or TV series of my books! Many of my novels feature the sea and ships - whaling ships, a convict ship taking my character Emily to Australia, trawlers and fishing smacks in The Harbour Girl and the drama and tragedy and hope that is carried within them. I realise how much it would cost to produce such dreams - but dream on. 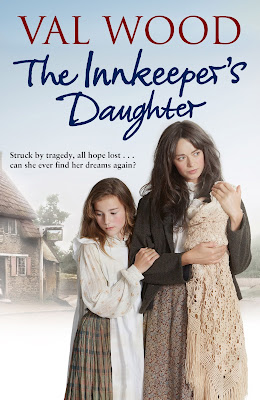 Bella has set her heart on becoming a teacher, but her dreams are shattered when she is told she must help her mother in the family business as her father is seriously ill. When her father dies, she not only takes on the responsibility of the inn, but also for her mother’s fifth child. Then her mother announces that she wants to move the family to her home town of Hull and take on the tenancy of a run down and disreputable public house. Is this the worse thing ever for Bella or will it be a challenge to prove herself – a blessing in disguise, and will she ever receive the love of the one man who appears to be out of her reach?

‘An intriguing tale of family relationships.’ Yorkshire Herald. ‘Cookson fans will adore this saga.’ Woman’s Own.

Thank you for sparing time to talk to us today Val. We wish you continuing success with your books. Best wishes, Freda

Knowing Hull and Holderness as I do, I have to say that Val captures the different natures of the area with consummate ease. The descriptions of alleys and staithes in 19th century Hull come to life under her pen. I've read most of Val's books, but Annie is my favourite. Thank you for this glimpse into what moves you to write and keep the books coming.

I'm so glad winning the Catherine Cookson prize cheered up your character, Annie! Harbour Girl was the most recent book of yours I've read - a great read. Thanks for telling us about what inspires you.

Thanks for another great interview. Val's work ethic should be an inspiration to everyone.

Fascinating to hear the story of those early books. A real inspiration in a lot of ways.

Thanks for another great interview. Like Penny, I loved hearing of those early books. Very inspirational!

I was another who read and reread Little Women. And now that I've been reminded of it, I may have to hunt out my copy and read it again.